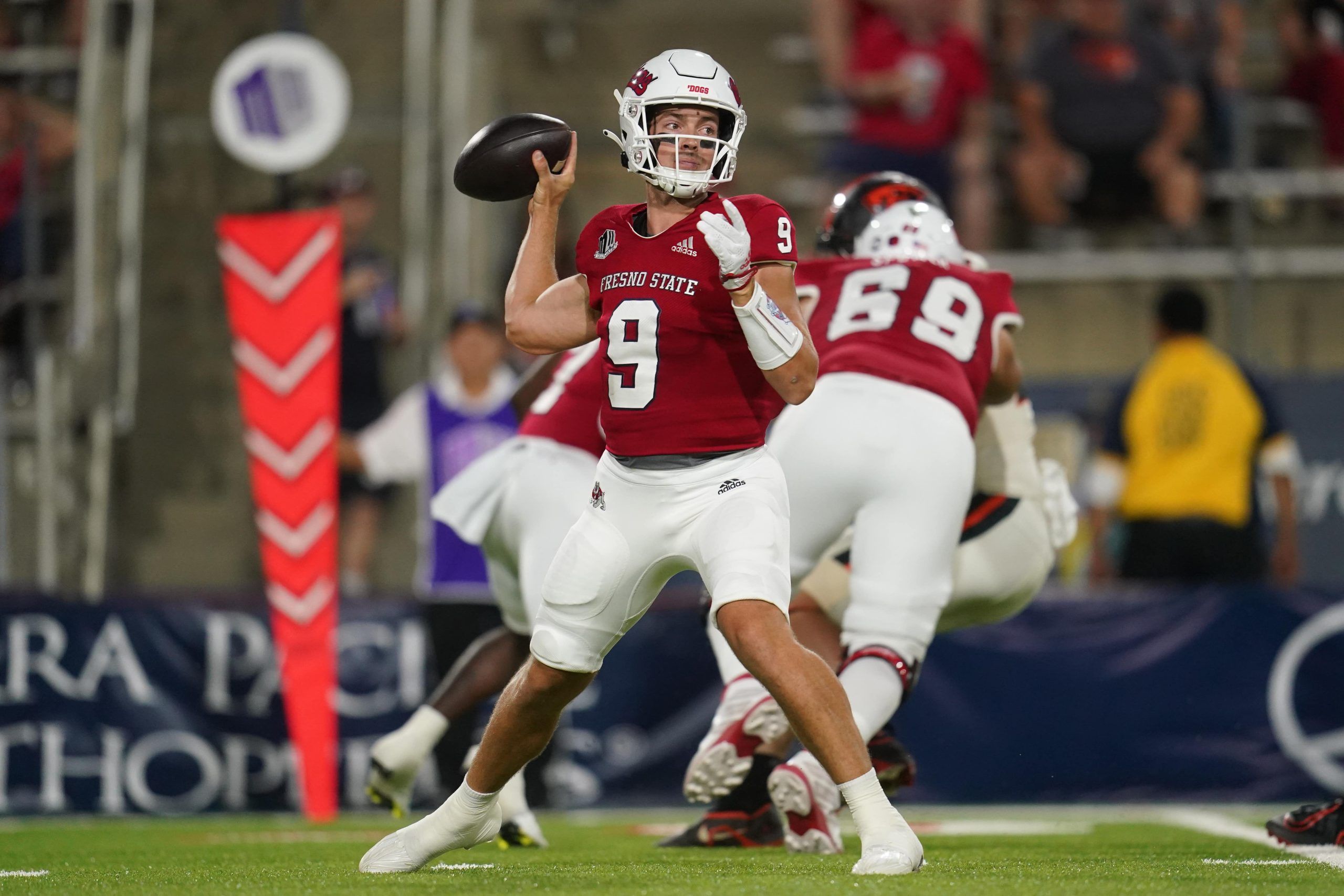 Deputy Editor for Pickswise with years of experience handicapping and giving out winning picks. Lover of all US sports and Southampton FC.
Updated: 5:29 AM ET December 03, 2022

Week 13 was another wild one in college football, as we saw more upsets and a ton of nail-biting thrillers throughout the weekend. This week’s schedule promises to be no different, with a number of intriguing contests taking place.

We cashed our Friday CFB mega parlay at +738 odds, so let’s go for back-to-back wins.

Saturday’s slate looks to be another good one and offers multiple compelling conference championship matchups. There is value to be had across the board, including in the Group of 5. Let’s look at the three components of our mega parlay for Saturday’s action.

For this parlay, we are going with two underdogs on the money line, and one favorite against the spread. Let’s break down each of these legs one by one.

Get our college football picks for all of the big Championship Week matchups!

Both of these teams have got much better as the season has gone on. The Broncos have found an identity, while Fresno State got its superstar quarterback Jake Haener back from injury and greatly improved as a result. The Fresno State offense is in form with Haener at the controls, ranking in the top 20 in passing success rate and net points per drive. And while Boise State’s defensive metrics are outstanding, the Broncos have faced nothing but mediocre or worse quarterbacks all season. The one above-average QB Boise State faced was Jaren Hall, and the Broncos fell to BYU as significant favorites in that contest.

On the other side, the Bulldogs’ defense is better than you’d think, ranking 35th in success rate and top 40 in net points per drive and early downs EPA. They’ll be facing a Boise State offense that has certainly been solid of late, but still ranks 76th in rushing success rate and 79th in EPA per pass. In August, I gave out Fresno State at +300 to win the Mountain West and I still think the Bulldogs are a bit undervalued against a bigger Group of 5 “brand”. Look for Haener and company to play well throughout, and don’t be surprised if we see an upset.

The talk around the College Football Play might be a lot different if Kansas State had a healthy quarterback for the duration of its first matchup with TCU. The Wildcats were up by double digits over the Horned Frogs in Fort Worth until quarterback Will Howard was sidelined with an injury in the 3rd quarter. Once they were forced to turn to their unproven 3rd-string quarterback for a few drives, Kansas State’s momentum was squandered and TCU completed a wild comeback victory. However, I expect things to be different in this in-season rematch.

This Kansas State team has been on a tear, including blowout victories over Baylor and Kansas. Howard has grabbed the starting quarterback job and the offense hasn’t looked back, ranking 27th in success rate, 23rd in EPA per pass and 23rd net points per drive. From Deuce Vaughn at running back, to their deep wide receiver and tight end rooms, the Wildcats can be expected to give an awful Horned Frogs secondary fits. More importantly, Kansas State’s strength is the back end of its defense, which ranks 31st in EPA per pass and 15th in EPA per play per College Football Data. As long as Max Duggan doesn’t beat them with his legs, I like the Wildcats’ chances of winning this rematch.

This was a matchup that I honed in on in the regular season, and I still feel like it was the correct handicap. Tulane was able to stay close against UCF throughout the first meeting on November 12, but the issue was the Green Wave were severely hampered by unfortunate turnover luck. I don’t expect that level of variance to affect the Green Wave in this matchup. Tulane is 25th in EPA per rush and 19th in early downs EPA on offense, which is more predictive than the bad bounces in that game would indicate.

Since that victory over Tulane, UCF has struggled mightily with Navy and USF in recent games. You could argue the Knights were looking ahead to this AAC Championship, but I’d slightly disagree seeing as UCF needed to win at least 1 of those games in order to qualify for this title game. UCF is likely going to be without starting quarterback John Rhys Plumlee for this matchup and I’d expect the Tulane defense to key in on Mikey Keene, who is far less mobile outside the pocket. On the other side, Michael Pratt should feast on a weak UCF secondary that’s ranked 87th in passing success rate. Look for Tulane should pick up its first AAC title and cover this short number.