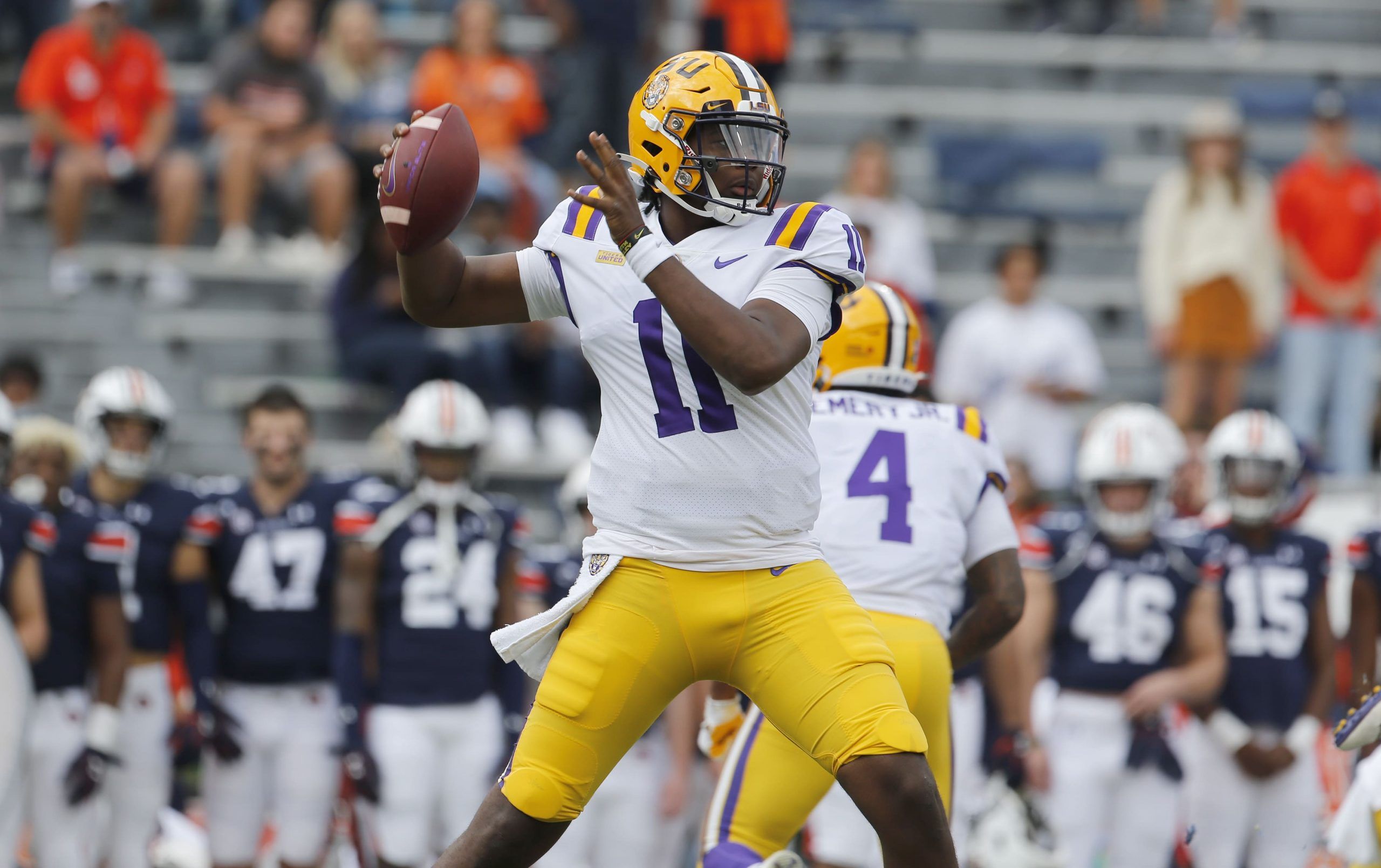 While you can get our thoughts on the side and total for every Week 16 College Football game, here we’ll be picking a handful of money line spots that each present value, with a few underdogs mixed in. This week we’ve got a five-teamer for you, with a payout north of 23/1.

The LSU Tigers will be trying to maintain momentum from their biggest win of the season–by far–when they entertain the Ole Miss Rebels on Saturday. LSU is coming off an incredible 37-34 road upset of Florida that knocked the Gators out of National Championship contention. Head coach, Ed Orgeron’s team was already playing for nothing more than pride against the Gators and clearly that is motivation enough for this group. If it plays anything like it did against UF, Ole Miss will obviously be in trouble.

In that first game the Bulldogs set passing records against LSU, but since then they have been a disaster. They have won just once, beating lowly Vanderbilt. The SEC seemed to catch up pretty quickly to defending the Air Raid offense. MSU is only averaging 17ppg. Mizzou comes in with some positivity and that will be a huge factor in this close out game. The Tigers are by far the better team, so I like them to finish the season strong.

Oklahoma lost that first game 37-30 in Ames as a 7.5 point favorite. It was their second loss in a row at the time, but since then they have gone 6-0 SU. They are running the ball much more effectively and are playing much better defense. In the last five games they have given up more than 14 points just once. Oklahoma has won the the last three Big 12 title games and I like them here as well to avenge their loss to Iowa State.

UCLA really could be 6-0 this season and playing for a PAC-12 title this weekend. The reason I say this is because their three losses have come by a combined 14 points. Offense has not actually been that much of an issue, seeing that they average 33.5 points per game. They are best when running the ball, which is why they ranked 16th in the country in this area. Stanford may have won three games in a row, but they still did not play particularly well against some weak opponents. Because of that, I will lean to the UCLA side.

The Beavers actually have one of the best running backs in the country. Jermar Jefferson averages 151 yards on the ground per game and has seven rushing touchdowns. The emergence of Jefferson has me on the Beavers in this game. He has been far too good this season, so I think he is going to have another breakout game. Arizona State is likely not going to repeat their performance against Arizona, so I will back the Beavers to score the upset to close out their season.