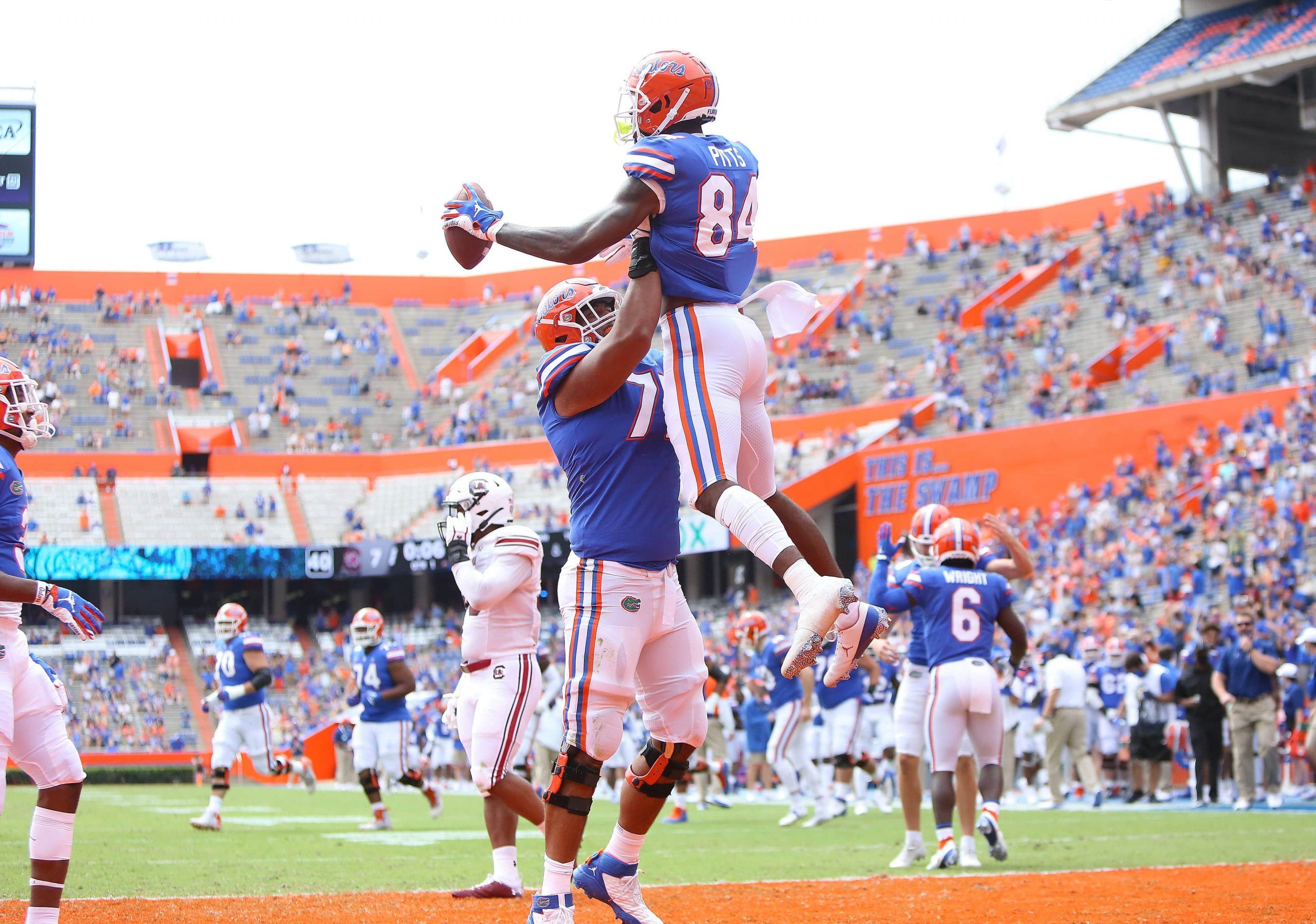 Action on the college football gridiron is starting to heat up as the weather begins to cool down. A season-high four all-Top 25 games on this week’s schedule, so get your popcorn ready for a big Saturday. With the Big Ten still waiting to kick off its season, it is no surprise that the four marquee matchups can be found in the ACC and SEC alone.

Let’s take a look at this impressive quartet of games and the implications that could potentially come with each one.

Georgia is the SEC East standard that Tennessee hopes to become. The Volunteers are finally coming, too, under head coach Jeremy Pruitt. Following too many years of being irrelevant following the departure of Phil Fulmer, the Vols are back! They improved from 5-7 in 2018 to 8-5 in 2019 and so far this season (Pruitt’s third) they are 2-0. Following a hard-fought road win over South Carolina and a blowout of Missouri, Tennessee finds itself ranked 14th in the country. That is all well and good, but it doesn’t mean we think the visitors can beat or even really compete with Georgia. The Bulldogs are an absolute force defensively, and quarterback Stetson Bennett is playing mistake-free football to compliment what is always a powerful rushing attack in Athens. Assuming Georgia wins, its eventual showdown against Florida will likely determine the SEC East pecking order.

That is not to say that Georgia and Florida are sure to go undefeated in their other games, of course. The Bulldogs have three more games (this weekend included) against opponents currently in the Top 25, among them a battle at Alabama on Oct. 17. Florida still has four such tests, including this week at Texas A&M to be immediately followed by a home date with defending national champion LSU. Kyle Trask has been outstanding at quarterback for the Gators, whom we expect to pile on points at the Aggies’ expense on Saturday. If Florida and Georgia can remain perfect going into their head-to-head showdown on Nov. 7, even the loser of the World’s Largest Outdoor Cocktail Party (well, maybe not this year!) will stay in National Championship contention.

57 yards to the house 😤 pic.twitter.com/BIOId7APy9

Head coach Mack Brown is in the second year of his second stint at his old stomping ground, which is part of the reason why expectations are sky high for North Carolina. This may be a basketball school in general, but do not discount the boys who throw the pigskin around—at least don’t do it in 2020. The Tar Heels compiled a winning record last year while giving Clemson its toughest test of the entire 2019 campaign prior to the title game (the Tigers scraped past UNC 21-20). They are off to a 2-0 start this season, as is Virginia Tech. Saturday’s contest could be an offensive onslaught, featuring Heels QB Sam Howell and Hokies running back Khalil Herbert. Whatever happens, this is crucial matchup in what will likely be a race for the No. 2 spot in the ACC behind Clemson (the conference has done away with divisions in 2020 and the top two teams in the conference standings will meet in the ACC Championship).

Miami should be in that mix for second place, as well—and perhaps even first place if it can somehow upset Clemson on Saturday. A 14-point spread does not indicate a realistic upset chance, but it would not be wise to entirely write off the Hurricanes. This program has been craving a reliable quarterback for many years and that is exactly what it has now in the form of Houston graduate transfer D’Eriq King. Through three games (all wins), King has passed for 736 yards with six touchdowns and no interceptions. He has also rushed for 157 yards and a score. Of course, he won’t even be the best QB in his own game this weekend. That distinction obviously belongs to Heisman Trophy co-favorite Trevor Lawrence (tied with Ohio State signal-caller Justin Fields at +250). This is certainly going to be a fun one between a pair of 3-0 squads. Both teams would have time to recover from a loss so early in the season, but that doesn’t make Miami-Clemson any less big.