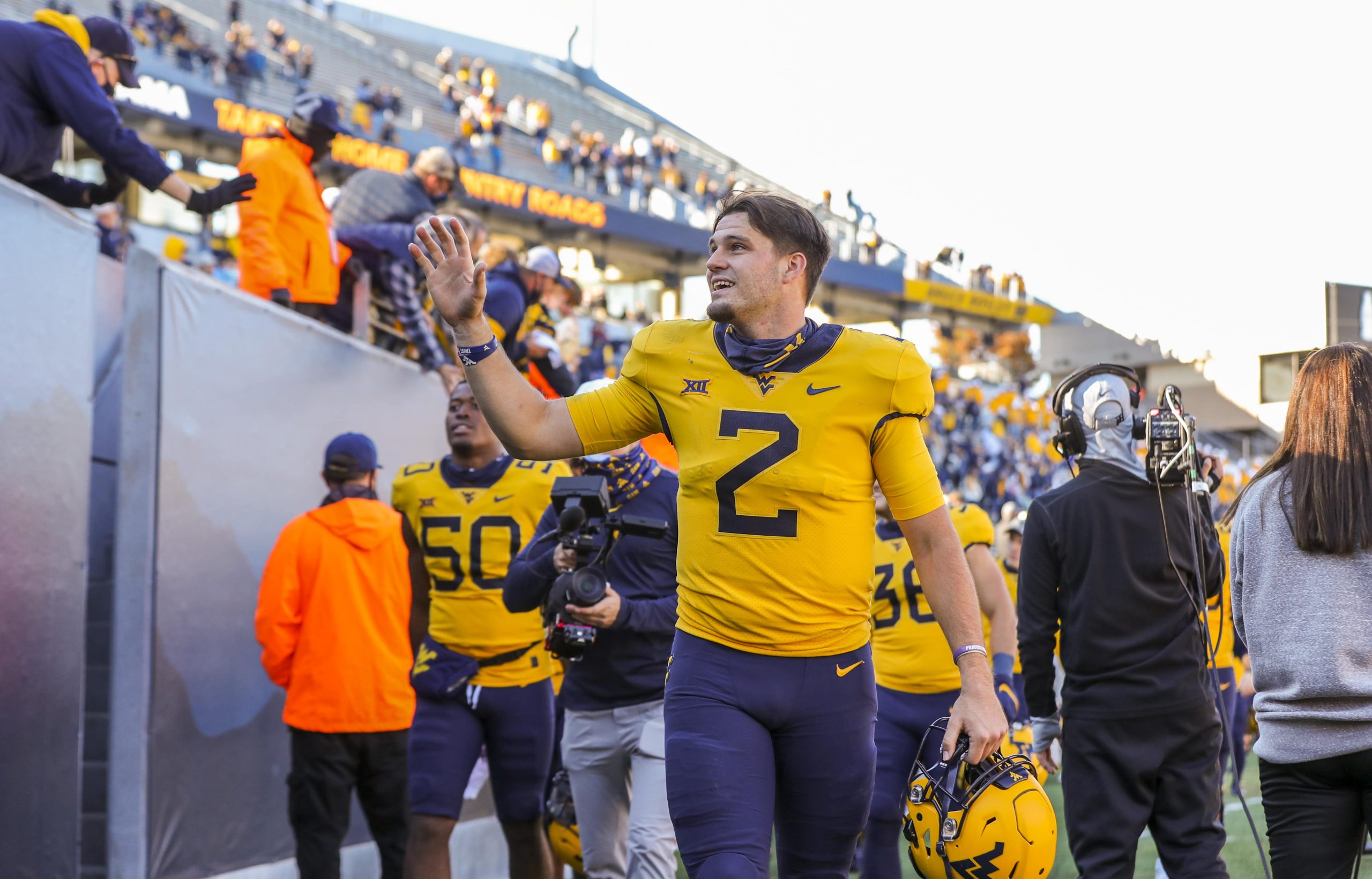 It’s another big weekend on the college football gridiron, with four head-to-head battles between top 25 teams, the highest number of the season to date. We are going big with another mega parlay, too. All three legs are upset plays, including two in the Big 12. A showdown between SEC rivals is capping it off.

We have hit two mega parlays through six weeks (including Week 0), cashing one at better than +1100 odds and another north of +1500. Following a couple of near misses, we feel good about our chances of getting back on the train and nailing this one.

A 2-3 record is disappointing for West Virginia, but its three losses have come by a combined 12 points. The Mountaineers are coming off a 16-13 setback against 4th-ranked Oklahoma and a 23-20 loss to Texas Tech. Their defense has been solid and they arguably boast the best pass rush in the Big 12. A balanced offensive attack has seen QB Jarret Doege throw for 1,207 yards and WVU has scored 10 touchdowns on the ground. The visitors should have plenty of room to run on a less-than-stellar Baylor rushing defense.

The Bears just lost to Oklahoma State 24-14, thus kissing their No. 21 ranking goodbye. They needed double-overtime to hold off West Virginia last year, so I feel like this is an ideal revenge spot for the Mountaineers.

The Horned Frogs (2-2) are struggling to stop opponents from putting up points, as they have now given up at least 32 in three straight games. The opposition has found major success on the ground against this TCU defense that surrenders more than 204 rushing yards per contest. Offensively, the Toads are finding it difficult to get into a groove through the air. They are averaging fewer than 237 passing yards per game following their meager 182-yard performance last weekend during a 32-27 loss to Texas.

Texas Tech is off to a nice 4-1 start after upsetting West Virginia 23-20 on the road this past week. The Red Raiders boast a strong defensive front, allowing fewer than 117 rushing yards per game. On the other side of the ball, former Oregon quarterback Tyler Shough is out until November but senior Henry Colombi seamlessly replaced him last week, going 23-of-34 for 266 yards at the Mountaineers’ expense. Texas Tech is undefeated at home and last Saturday’s success gives them a ton of confidence going into this matchup.

Kentucky is undefeated at 5-0 with a top-10 win over Florida. That result came just last week, moving the Wildcats to 3-0 in the SEC. On one hand the Cats are playing with a lot of confidence, but on the other I can see this being a letdown spot seven days later on the heels of a monumental victory. It should be noted that nothing about UK’s 5-0 record has been convincing. Each of the last four victories has come by seven or fewer points, including against Chattanooga and South Carolina.

LSU is enduring a down year but seems to be on an upward trajectory following a win over Mississippi State and a last-second loss to Auburn over the past two weeks. Max Johnson has thrown 16 touchdown passes compared to only 4 interceptions this season. He is capable of leading this team to an upset of what could be a vulnerable Kentucky squad.