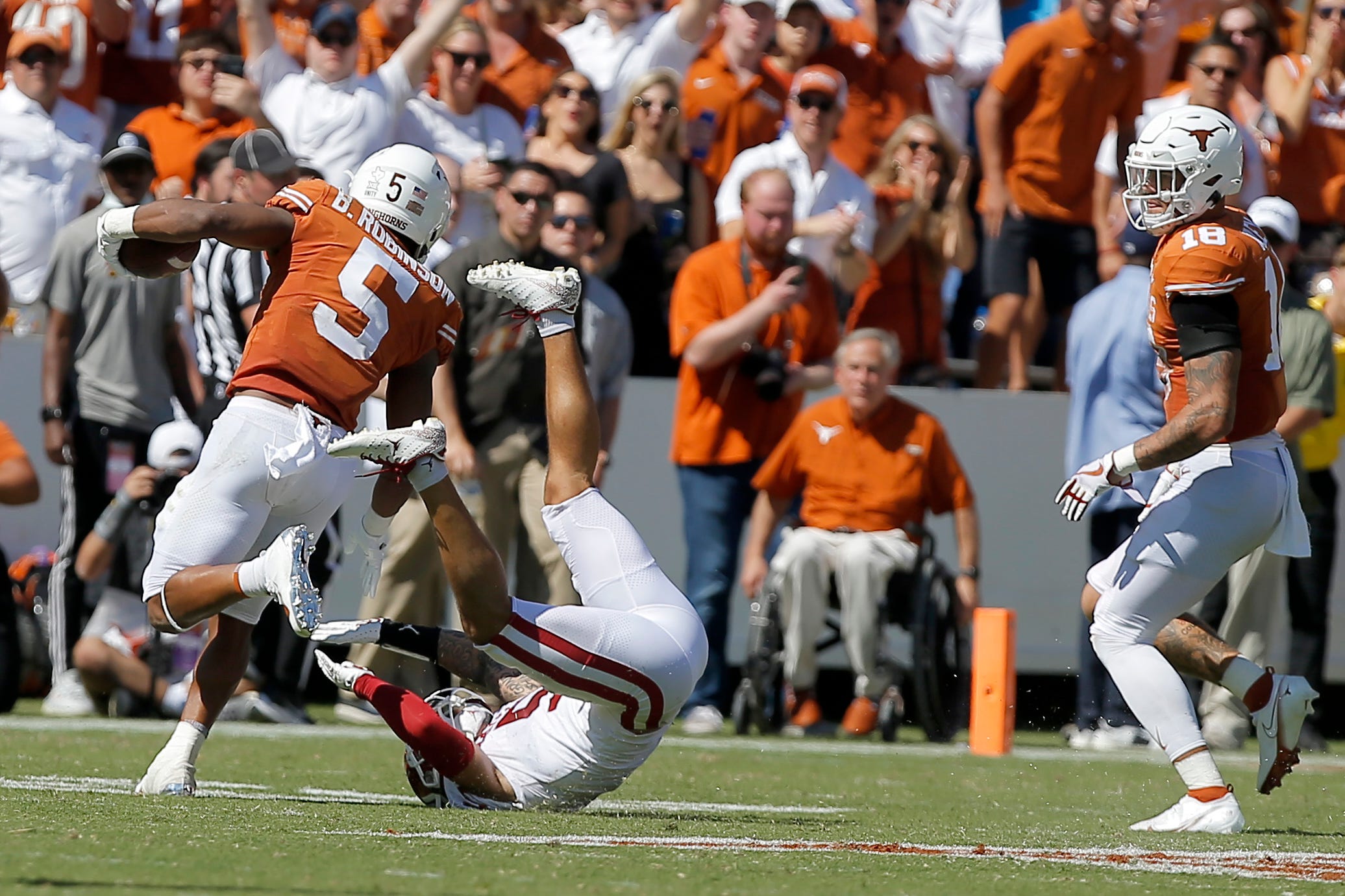 This is not the most marquee weekend on the 2021 college football schedule and it will be hard-pressed to fill last week’s shoes, but there are still plenty of betting opportunities.

We have hit two mega parlays through seven weeks (including Week 0), cashing one at better than +1100 odds and another north of +1500. Following a couple of near misses, we feel good about our chances of getting back on the train and nailing this one.

For this parlay we are going with two underdogs on the money line and one favorite against the spread. Let’s break down each of the legs one by one.

Both teams are coming into this one after losses. The Razorbacks lost in the final seconds to Ole Miss, while the Tigers got beaten by now-No. 1 Georgia, a very forgivable result. Arkansas, a team that has been talked about a lot for its defense, gave up 52 points to the Rebels. The good news for the Razorbacks is that Auburn isn’t going to spread them out the way Ole Miss did. The bad news is that Auburn is probably going to try to attack them like Georgia did on the ground. Auburn averages 206 rushing yards per game and Arkansas has one of the worst rushing defenses in the SEC, giving up an average of 191 yards per game. On the other side of the ball, Arkansas has been most successful when it is able to run the football. The Razorbacks are going to have a tough time doing that against an Auburn defense than ranks third in the SEC in rushing defense. This is a bad matchup for Arkansas, so I feel good about the value on Auburn’s money line.

Texas is coming off a devastating loss to the Sooners in the Red River rivalry. The Longhorns will look to bounce back at the expense of another team from Oklahoma. The Cowboys are undefeated this season and are going into a tough environment to try to get a win. This should be a classic game in Austin. Texas has looked very good this season since changing quarterbacks following a loss to Arkansas and is now 3-1 in its last 4. The Longhorns boast a Heisman-caliber running back in Bijan Robinson and a talented QB in Casey Thompson. They are averaging 44.5 points and 480 yards of offense per game, which is fifth-best in FBS. Oklahoma State has found ways to win games, but neither its offense nor defense is elite and the Longhorns should cover.

Check out our full game preview for Oklahoma State vs Texas

This ACC matchup pits a pair of 4-1 teams against each other and they are both coming off their bye weeks. The Wolfpack are led by QB Devin Leary, who has amassed 1,283 passing yards, 12 touchdowns, and just 2 interceptions this season. The overall offensive metrics are middle of the ACC. Boston College returns home after suffering a 19-13 loss to Clemson in a game in which it surely feels it could have won. The loss of QB Phil Jurkovec is tough, but Dennis Grosel has held up well, throwing for 788 yards and 4 touchdowns. He struggled against a strong Clemson defense but showed his ability in BC’s 41-34 overtime win over Missouri two weeks ago. The offense is third in the ACC in ppg, averaging 35.6 points per contest, but the defense has been the stronger unit thus far. The Eagles are allowing just 16.8 points and just 193.8 passing yards per contest. They made it difficult for Clemson and with an extra week to plan their defensive scheme to handle NC State should be an effective one.