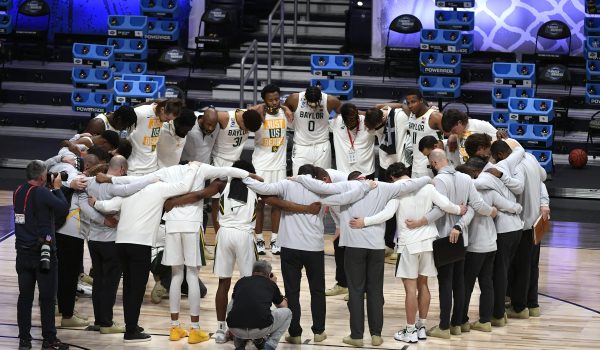 Check out our March Madness hub to stay on top of everything that goes on. Also, be sure to check out our picks on the side and total for every single game in the tournament. But first, let’s dive into what we’re seeing in terms of public trends heading into the first day of the Elite Eight:

We’ve got a public ‘dog in the first game of the Elite Eight. March Madness is usually the one time of year that recreational bettors actually consistently flock to underdogs, and we’ve seen that once again throughout this tournament. This isn’t exactly a lopsided split but a solid majority is on Oregon State nonetheless, with 60 percent of the bets and 62 percent of the money coming in on the Beavers plus the points, per DraftKings’ internal numbers shared with us.

Oregon State has pulled off three straight big upsets to get here, so you can’t really blame the public for getting excited. That being said, a lot of the Beavers’ success so far has been due to three-point shooting luck, which could run out here against a very tough Houston defense. We’re fading the public in this opener and going with the favorite.

The heaviest side of the slate so far is shaping up to be Baylor in their matchup against Arkansas to determine the winner of the South region. 67 percent of the bets and 75 percent of the money are on the Bears in this spot. Baylor did a great job battling back from an early deficit against Villanova in the Sweet 16, but this bet might be a fade of Arkansas more than anything else.

The last time the public saw Arkansas, they barely survived with a two-point win over 15-seed Oral Roberts. Their game before that came down to the final possession as well against Texas Tech. We don’t think those extremely narrow wins are sustainable either, so we’re rolling with Baylor as well.

USC has looked about as good as you possibly could’ve asked them to over their last couple games, but it hasn’t been enough to sway the public. Bettors are still, understandably, gravitating toward Gonzaga in the Elite Eight. 68 percent of the bets and 67 percent of the money are on the Bulldogs as a nearly double-digit favorite so far.

USC just annihilated Kansas and Oregon in their last two games, but it’s not like Gonzaga hasn’t been dominant as well. The Bulldogs cruised past Oklahoma and Creighton without breaking much of a sweat, and their offense looks borderline unstoppable right now. Even USC’s stout defense won’t be able to stop it, so we’re laying the points here as well.

UCLA has also been on an incredible run, but the public is fading two of the three PAC 12 teams in the Elite Eight it seems. Finishing things off with one more favorite, 60 percent of the bets and 67 percent of the money are on the Wolverines here. UCLA was a similar-sized underdog against Alabama in the Sweet 16, and just pulled off the outright upset.

But Michigan has been undeniably impressive as well, and just completely smothered Florida State in a game they controlled from start to finish. The defense has really stepped up, and they’ve proved the injury to Isaiah Livers wasn’t the devastating blow to the offense some thought it was going to be. We like the favorite in this Elite Eight nightcap too.