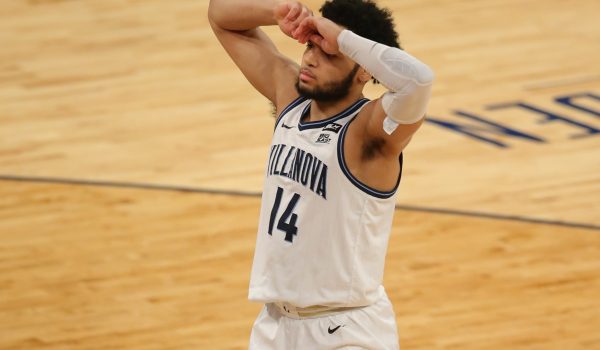 Check out our March Madness hub to stay on top of everything that goes on. Also, be sure to check out our picks on the side and total for every single game in the tournament. But first, let’s dive into what we’re seeing in terms of public trends heading into the first day of the Sweet 16:

Oregon State vs. Loyola Chicago over 125.5

Let’s start things off with a total. The public always seems to love their overs, and that’s certainly the case with the first game of the Sweet 16. 81 percent of the bets and 77 percent of the money are on the over 125.5 in this unexpected #12/#8 matchup in the Midwest region, per DraftKings’ internal numbers shared with us.

This one is interesting to see, since Oregon State and Loyola Chicago are both defense-first teams who like to play slow. The public might’ve just seen a total this low in the mid 120s and decided they had no choice but to go over. No other Sweet 16 game has a total below 139, so this one sticks out like a sore thumb.

Both offenses have been playing a lot better in the tournament though, with Oregon State averaging 75 points over their first two games, while Loyola Chicago scored 71 in each of their two victories. In a contest that could be tight, late free throws always loom to send a total over. We think this total is a bit low as well.

Another game, another over. Bettors are expecting another shootout in the second game of the Sweet 16, and it’s getting hammered even heavier than the Oregon State/Loyola Chicago over. 80 percent of the bets and 76 percent of the money are on the over in this spot.

These splits are down a little bit from what we saw on Friday, so they’ve taken at least a little bit of money on the under since then Baylor obviously has a high-flying offense, but they’ve really stepped up their defensive intensity in the tournament. They just held Wisconsin to 63 points in their most recent game. Villanova only made it to the Sweet 16 because of their defense, as they’ve held each of their two opponents to 63 points or fewer.

The Collin Gillespie (14ppg) injury will really be felt for their offense here, so there’s no way we could go over. We’re fading the public on this one.

This might be the one time of year you consistently see the public backing underdogs, and that’s certainly been the case this cycle. Oral Roberts has captured everyone’s hearts as the official Cinderella of the 2021 NCAA Tournament, and the public was all over them in the Round of 32 against Florida. Now, they’re going back to the well for the second weekend. 73 percent of the bets and 68 percent of the money are taking the points with Oral Roberts here.

Oral Roberts has been a heartwarming story, but now Arkansas will have had a full week to prepare for them. Oral Roberts also likely doesn’t have the athletes to keep up with Arkansas’ blistering fast-paced style, so we’ve got to fade the public again here and go with the favorite.

There’s another public underdog on Saturday (move over Oral Roberts), and it’s the spread getting the highest rate of bet handle so far in the Sweet 16. Bettors have been watching Syracuse’s zone defense once again stifle opposing offenses during March Madness, and they’re not going to hop off the Boeheim train now. 72 percent of the bets and 73 percent of the money are on the Orange here in the nightcap of Saturday’s slate.

Everybody probably also saw Houston very nearly get upset by Rutgers in the Round of 32, and wasn’t too impressed with their effort. But again Houston will have a full week to prepare for this zone defense, and they have some matchup advantages. Houston is one of the best offensive rebounding teams in the country, while Syracuse is one of the worst defensive rebounding teams in the country. We’re fading the public on three out of four of these.