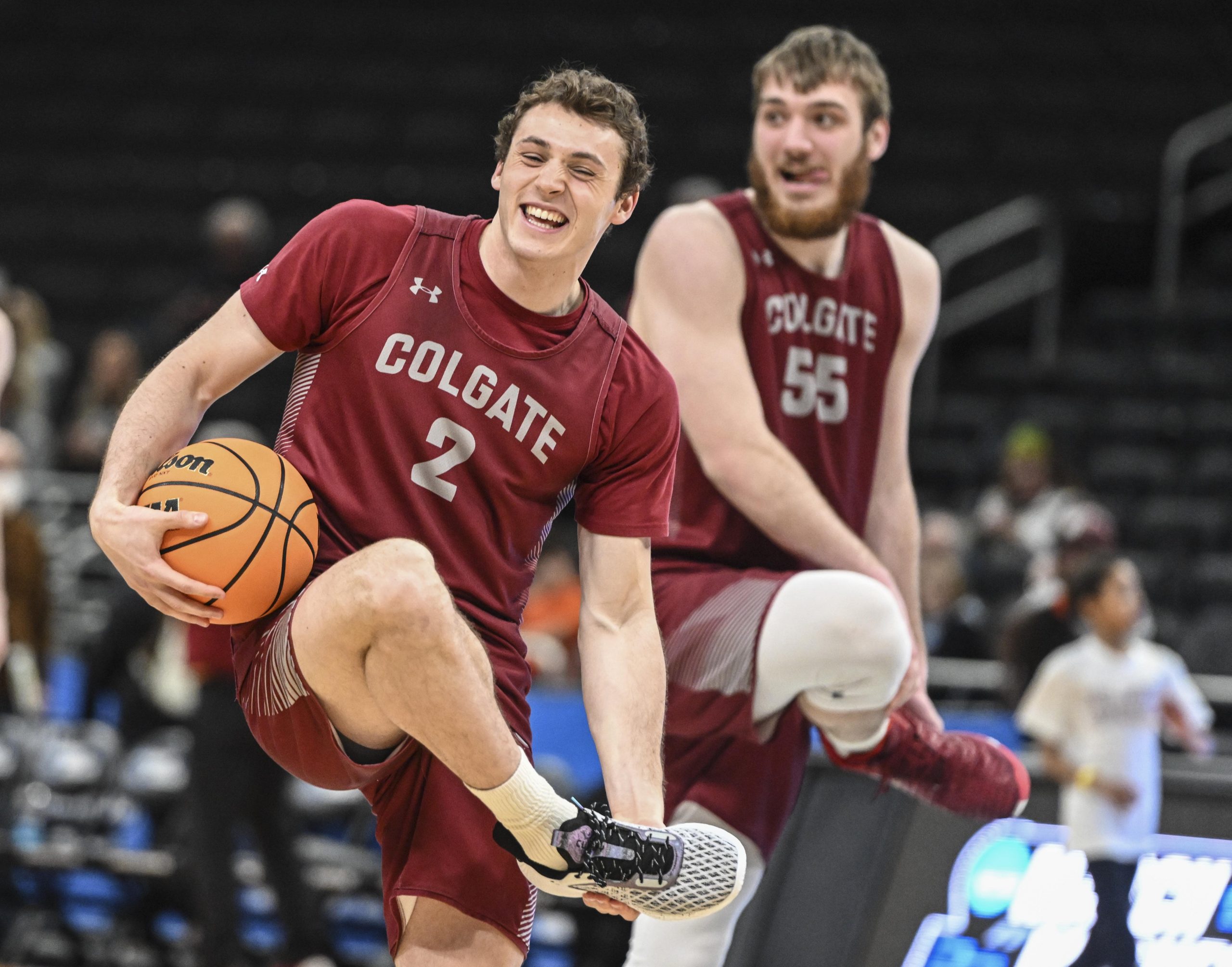 March Madness is in full swing, and we also have NBA and NHL action to look forward to. It’s a lot, and we’re grateful for it. There are some big contests coming up, which always create some big public sides. Let’s take a look at where the public money is going as bettors once again try to beat the ‘books, with Colgate leading the way on Friday.

March Madness is a special time of year for many reasons, but it’s particularly interesting to see how public money trends change for the NCAA Tournament. Usually it’s very rare to see a public underdog, but not during March Madness. Accordingly, 63 percent of the bets and 78 percent of the money are taking the points with Colgate here in the Round of 64, per DraftKings’ internal numbers shared with us.

Bettors are expecting a potential upset in one of the nightcaps of Friday’s action. The gap between 63 and 78 indicates that the larger volume bets have been coming in on the Raiders. Be sure to check out our free picks on the side and total for every March Madness game before placing your wagers!

Now here’s something that’s not surprising no matter what time of year it is. There’s nothing the public loves more than a good over. These #12/#5 matchups are always a ton of fun, and 74 percent of the bets as well as 66 percent of the public money are on the over 136 here for this one between UAB and Houston.

What makes this one a bit more interesting than your typical over is that Houston has one of the best defenses in the nation, and they play at an extremely slow pace. Even that isn’t enough to scare anyone into betting the under apparently. Head over to our full game preview for UAB vs Houston to see if our expert agrees.

Shifting our attention from college hoops to pro hoops now…. March Madness is understandably getting most of the attention, but there’s also a huge NBA slate on Friday with a whopping 12 games to pore over. That’s inevitably going to lead to some big public sides, and we’ve got one here for this Western Conference showdown.

A near-unanimous 90 percent of the bet tickets and 76 percent of the public money are lining up to fade the Clippers on Friday. If Los Angeles had their stars this would likely be a different story, but they’re still very shorthanded. The Jazz have been pretty up and down recently with a few bad losses, so I’m a bit surprised to see them so overwhelmingly endorsed here.

Of course, we have everything you need to know for this huge slate at our NBA page.

We are wrapping things up with some hockey. Yes, that’s right; the NHL is in action as well on Friday. Oddsmakers have this matchup as fairly close to even, but bettors certainly don’t see it that way. A total of 77 percent of both the bets and the public money are taking the Bruins on the money line at -125.

Boston has been pretty hot lately, going 10-3 in their last 13 games. The Jets have been scoring it well lately and have won four of five, but that’s not enough to drum up much interest on Winnipeg. Make sure to check out our free picks on the side and total for all NHL games tonight.