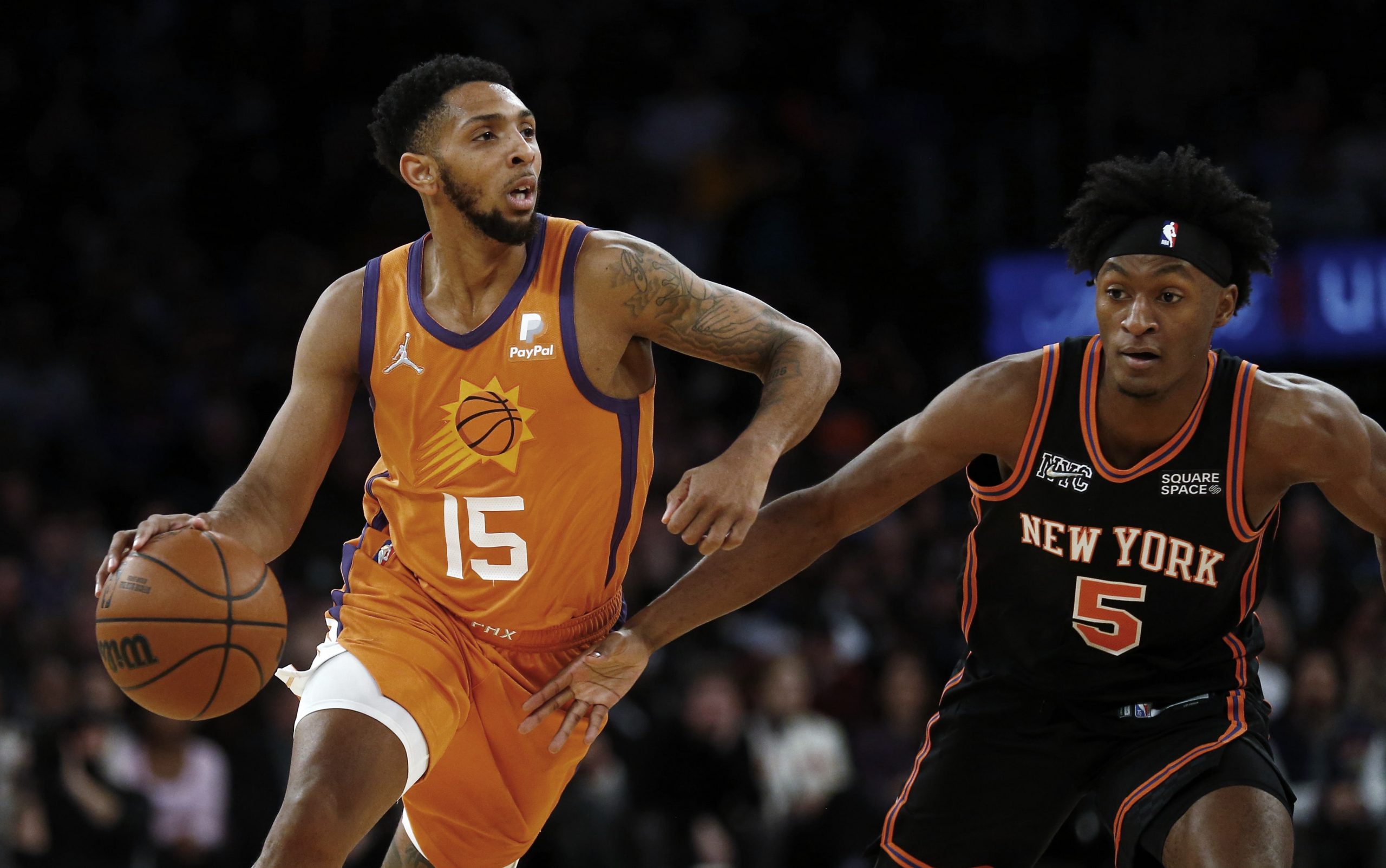 Unfortunately football season is in the rearview mirror, but basketball and hockey are in full swing and baseball is right around the corner. It’s a lot, and we’re grateful for it. There are some big contests coming up, which always create some big public sides. Let’s take a look at where the public money is going as bettors once again try to beat the ‘books, with the Suns leading the way on Friday.

The Suns are still without Chris Paul, but bettors don’t seem to care too much. Devin Booker’s return from COVID protocols the other night is apparently enough to get everybody excited. A total of 83 percent of the bets and 90 percent of the public money are laying the points with Phoenix over Toronto on Friday, per DraftKings’ internal numbers shared with us.

After the Suns beat the Heat by 21 their last time out, these splits aren’t too surprising. Phoenix has been a juggernaut all season, even without CP3 in the lineup. Looking for a big payday for the NBA’s big 10-game slate? We’ve cooked up a mega parlay that has odds of +1048!

If you would’ve said at the beginning of the season that the Timberwolves would be a big public side, few would’ve believed you. But Minnesota has had a lot of public support a few times recently, including on Friday. A total of 85 percent of the bets and a near-unanimous 97 percent of the public money are laying the points with the T-Wolves.

Of course, this could be just as much of a fade of the Magic as it is an endorsement of the Timberwolves. Orlando has been one of the worst teams in the league all season, although to be fair they have been a bit better over the last week or two. Check out our full game preview for Timberwolves vs Magic to see if our expert agrees.

Shifting our attention from pro hoops to college hoops now. This is the college basketball game with by far the most interesting bet splits to me on Friday. For starters, it’s rare to see a public underdog in general. And 94 percent of the bet tickets at DraftKings are grabbing the points with Oklahoma here.

But only 50 percent of the handle is on the Sooners. That means the larger volume bets have come in on the Red Raiders even though most of the actual bets have been on Oklahoma. The Sooners have won four in a row and just pulled off a big upset of Baylor, so it’s not too shocking that a lot of smaller bettors are looking to chase that momentum. Head over to our NCAAB page to see our picks for all the day’s biggest games.

Wrapping things up with some hockey now. There’s a small NHL slate as we enter the weekend with only four games, but that doesn’t mean there aren’t a couple of public sides brewing. Oddsmakers have this game between the Islanders and Jets as virtually even, but bettors don’t see it that way.

A total of 70 percent of the bets and 74 percent of the public money are on New York’s money line at -120. The Islanders are coming off a 6-0 win over Columbus, which is surely freshest in everyone’s minds. Make sure to check out our free picks on the side and total for all NHL games tonight before making your wagers.