Denver Broncos: What will their 2020 record be? 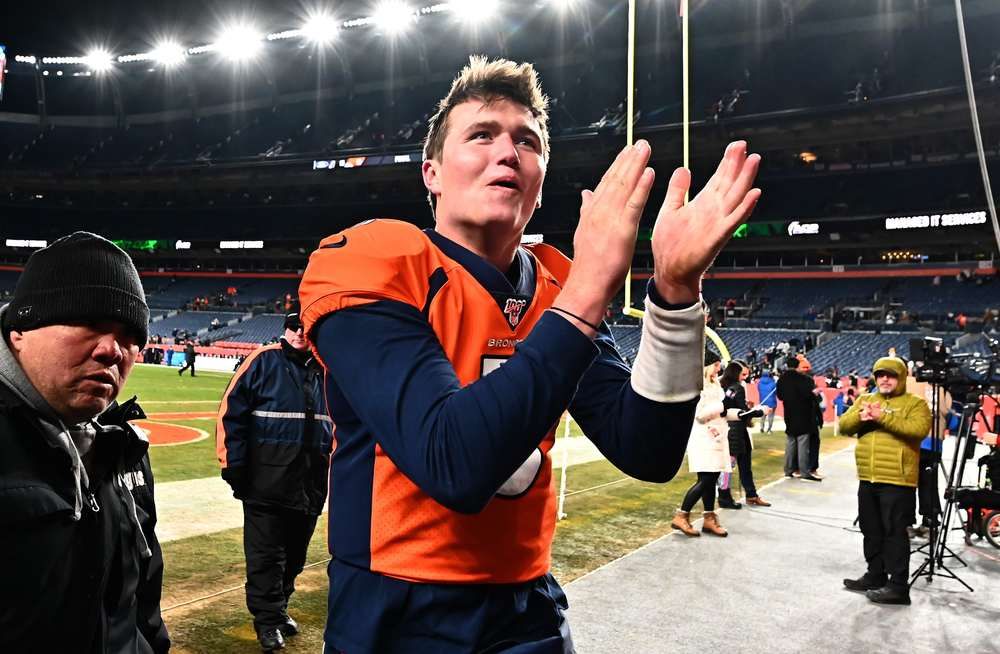 The Denver Broncos used the 2020 NFL Draft to build around QB Drew Lock. The question is, can Lock deliver for the Broncos this upcoming season? With drafting wide receivers Jerry Jeudy, and JK Hamler, Denver should be in prime position to get the passing game going. Do not forget about the ground game either as the addition of running back Melvin Gordon could set the Broncos apart from others.

Let’s see if the Broncos are finally the real deal as Pickswise takes a look at each game-by-game and predicts the outcome for the Denver Broncos this upcoming season.

Monday night football here as the Denver Broncos are ready to unleash a brand new offense. That new offense is the reason why they win this game. Win

Big Ben should be ready to rock n roll for the Steelers as that addition and the fact Denver struggles in Pittsburgh makes this challenge even tougher. Loss

It’s time to go wild Broncos fans as the harsh Denver defense is able to slow down Brady as the crowd goes wild after Lock leads a comeback victory. Win

Even though the Broncos are playing on a short week here, they should be able to mustard out a win. Win

Belichick watched how the Broncos defeated his former QB’s team and will be ready for an impressive defensive performance. Loss

A minor slip up here as the Broncos were looking to far ahead in the schedule and get thrown off by an underrated Dolphins secondary. Loss

After losing back to back games, Denver is in dire need of a win before the bye but are unable to slow down Mahomes. Loss

Time to regroup for the Broncos as the Falcons defense is one of the worse in the league. Expect Lock to bounce back here. Win

The first trip to Vegas for the Broncos as it will be one to quickly forget. Something about these Raider games always ruffles up the Broncos. Loss

It’s going to come down to the offense. Both the Chargers and Broncos hold a pretty impressive defense as the running game of the Broncos should be the difference here. Win

After a long tough matchup against the Chargers, they are unable to hang around with QB Drew Brees for the full game. Loss

Sunday night football here as once again Patrick Mahomes shows why he is the best in the AFC West. Loss

Denver has loads of weapons on the offensive side as they should be able to pass it around and defeat the one-star team of the Carolina Panthers. Win

It’s crunch time as Denver is still in the playoff mix. However, the Bills down the stretch along with Josh Allen will be a problem to the league. Loss

Melvin Gordon gets his revenge here as the Broncos playoff hopes are still hanging on by a thread. Win

Potential playoff spot on the line here as the Broncos finish the season with a bang and defeat the Vegas Raiders. Win

Taking an early look at the 2020 Denver Broncos season, I have them finishing with an 8-8 record. In 2019 they finished with a 7-9 record and finished second in the division. In 2020 I expect them to improve, but not too much.