Do the Niners need an MVP-type performance from Jimmy G. to win Super Bowl? 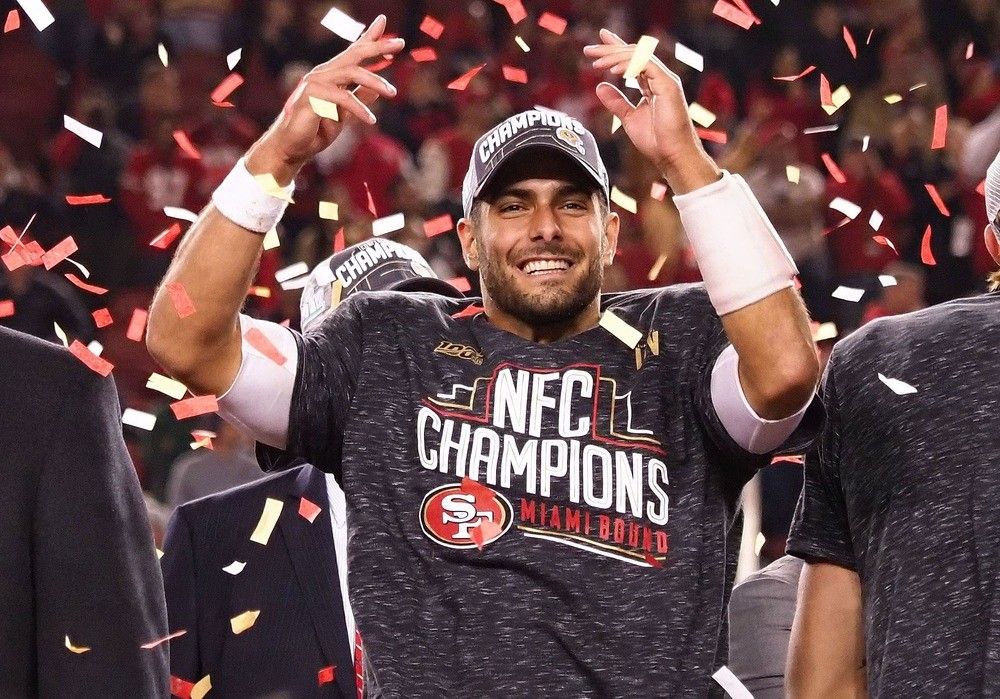 The San Francisco 49ers won the NFC Championship last weekend. They probably could have won it with Jimmy Garoppolo’s grandmother playing quarterback.

It may have been somewhat difficult to notice, but Grandmom was not playing quarterback. It was actually Garoppolo, himself. Tom Brady’s former backup in New England pretty much watched his team’s recent 37-20 drubbing of Green Bay, albeit this time while on the field instead of on the sidelines. He attempted just eight passes the entire way, completing six of them for 77 yards with no touchdowns or interceptions. Garoppolo also finished with negative-1 rushing yard on four keepers.

Instead, the 49ers dominated with their running game. They rushed 42 times for 285 yards and four touchdowns. It made sense, too, given that San Francisco jumped out to a 27-0 lead in the second quarter. Head coach Kyle Shanahan was content to spend the rest of the afternoon keeping the clock on the move and keeping Packers signal-caller Aaron Rodgers off the field.

“Gotta talk to Kyle or something, man,” Garoppolo joked during his postgame press conference. “We were running the hell out of the ball tonight. It made my life very easy back there. I think we only had like eight pass attempts. So it was a fun night.”

The upcoming Super Bowl against Kansas City should be fun for Garoppolo in a much different kind of way. You know, like he’s actually going to have to participate in the game. Despite the Chiefs recent propensity to fall behind in a big way early (they did it in each of their first two playoff games before storming back), the smart money is on them not putting themselves into a double-digit hole next Sunday. After all, head coach Andy Reid’s squad is favored to win the game (albeit by a mere one point). Kansas City is too good to get boat-raced in the first quarter in a third consecutive outing, right? If that’s true, San Francisco won’t be able to sit on a big lead. Garoppolo may have to do something special.

Shanahan knows it, too. His general philosophy is that in most games the team who runs the ball more than the opponent will emerge victories. But the third-year head coach is prepared to shy away from that mantra whenever necessary–and it may be necessary against a Kansas City squad that contained Derrick Henry to the tune of 69 yards on 19 carries in the AFC Championship.