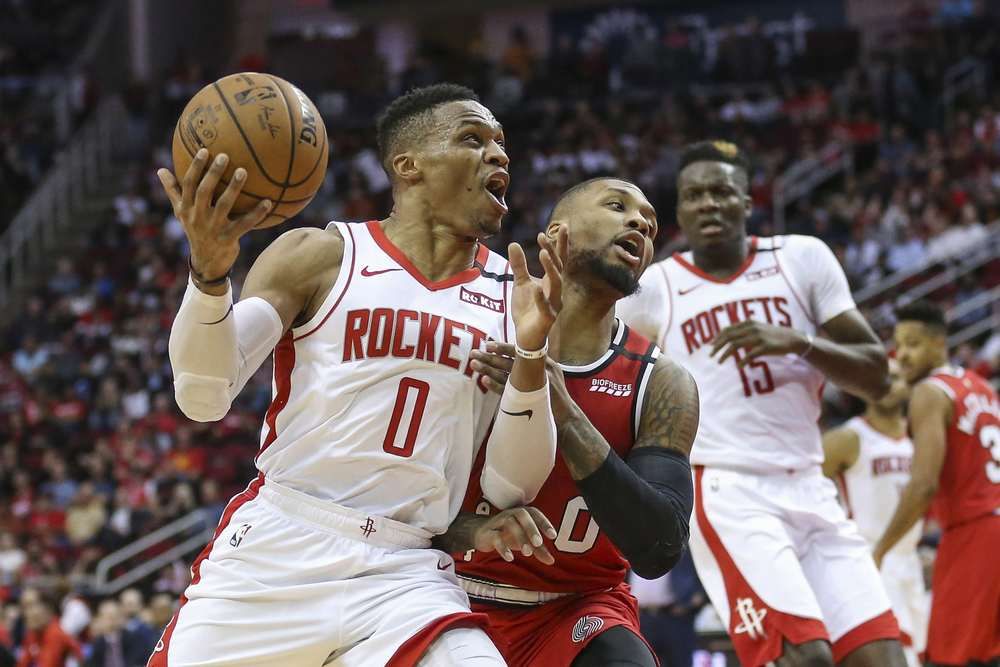 We have a busy night in the world of sports and DFS tonight as the NBA has a four-game slate as well as a ten-game slate in the NHL. This article will cover the players I like in the NBA and NHL tonight on DraftKings. I will give you three players I will be targeting for cash game and GPP purposes in the NBA. I will also give you three players in the NHL that I like tonight for cash games at each price level. Let’s begin by taking a look at the players I want in the NBA.

James Harden ($10,700): The Houston Rockets have a team total of 118.25 points tonight, which ties the Los Angeles Clippers for the highest team total on the night. This game will see a lot of ownership as it is not only the highest total of the night but also has the smallest spread. James Harden is one of the best players in the NBA and has gone for 57.5, 52.1, and 59.8 DraftKings points in his last three games. I see no reason that the 50-point streak on DraftKings will not continue tonight.

Paul George ($7,400): As mentioned earlier, the Clippers vs. Rockets game has the highest total on the board tonight. The game is also one of our NBA Picks to go over the total. The Rockets have switched to small ball, which has been effective for them but also leaves them vulnerable to opponents outrebounding them in games. George is averaging 5.8 rebounds per game, and I look for him to far exceed that number tonight. The Rockets are allowing the most DraftKings points to the small forward position this season, and George has gone for 31.8, 29.3, and 38 DraftKings points over his previous three games. I look for Paul George to come close to the 40-point mark tonight, if not exceed that mark, in a favorable match-up.

Lou Williams ($5,900): As you may have noticed, I am targeting the Houston/Los Angeles game tonight. With the NBA only having a four-game slate tonight, it makes sense to target the game with the highest total. Lou Williams comes in as an excellent cash-saving option at just under $6,000 on DraftKings. The Rockets are allowing the 2nd most DraftKings points to the point guard position this season. Williams is also averaging 32.9 DraftKings points per game and is due for a monster game, which I think comes tonight against the Rockets.

Russell Westbrook ($10,000): The player I love the most tonight in GPP tournaments is Russell Westbrook, as he is one of the most volatile players in the NBA. He can either go for 20-something points or go over the 65-point mark every game. Tonight, the Rockets are tied with the Clippers for the highest team total on the slate at 118.25 points. The Rockets are one of our NBA Picks tonight, and I look for the Rockets to far exceed their team total against the Clippers.

De’Aaron Fox ($8,000): I’m going to attack the Rockers/Clippers game in both cash and GPP tonight. However, the one-off that I will be going with tonight is De’Aaron Fox. The Sacramento Kings have the 4th highest team total tonight at 111.75 points, so I don’t expect Fox to have as much ownership tonight as we are used to seeing. Fox has gone for 40.3, 39, and 38.6 DraftKings points over his last three games. I look for the over 35-point streak to continue again tonight when the Kings face the 76ers.

Montrezl Harrell ($6,500): As I mentioned in the Cash Game section, the Rockets will likely be outrebounded in every game they play for the rest of the season. Harrell is also one of the most volatile players in the NBA. However, I look for him to have a monster game tonight in the rebounding category, and I could easily see Harrell getting a double-double in points and rebounds while adding a few blocks.

Center, Sebastian Aho, Carolina Panthers ($7,000): The Carolina Panthers are playing in a game with a 6-goal total tonight when they faceoff against the Philadelphia Flyers. This game is one of our NHL Picks to go over the total. Aho is averaging 12.8 DraftKings points this season and has gone for an average of 11.8 DraftKings points over his last three games. I look for Aho to be one of the better plays at the center position tonight in the NHL.

Goalie, Andrei Vasilevskiy, Tampa Bay Lightning ($8,400): The Tampa Bay Lightning are the biggest favorites of the night in the NHL tonight. They are also playing on home ice, which is always a plus. The game has a total of 6.5 goals, which means Vasilevskiy should see enough save opportunities to get to that 35 save mark tonight. Heavy favorite, home ice, and high total all of which make Vasilevskiy my goalie of the night in NHL DFS.