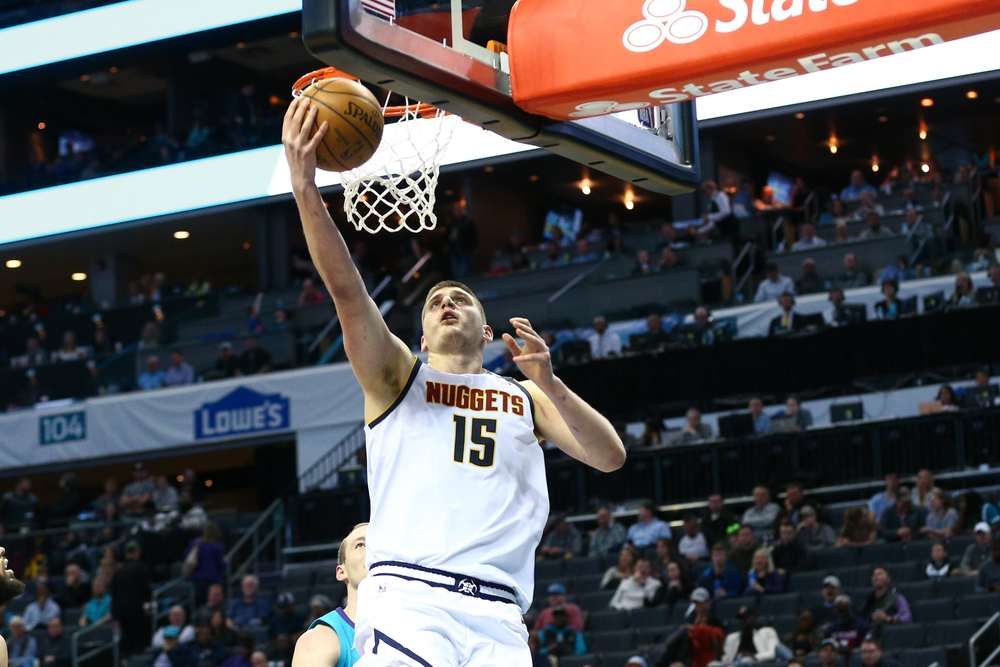 We have an interesting three-game slate tonight in the NBA. All three games project to be competitive with the largest spread being 5.5 points in the Bucks/Nuggets game. The only major piece of injury news is Giannis Antetokounmpo is out with a sprain. In the NHL, we have a five-game slate that we should be able to find great plays to use in our cash game lineups on DraftKings. I will give you my top expensive play (more than $8,500), top mid-level play ($6,000-$8,500), and my top punt option that I will be using in my NBA cash game lineup tonight. I will also give you my top Centre, Wing, and Goalie that I will be using tonight in my NHL cash game lineups. Let’s begin by taking a look at the NBA DFS Plays.

Center, Nikola Jokic, Denver Nuggets ($9,500): Without Giannis once again tonight, the Bucks are vulnerable in the rebounding category, and they don’t have a player that matches up well against Jokic. The Nuggets have the 2nd highest team total tonight with 114 points. They are also one of our NBA Picks to cover the spread, and this game is one of our picks to go over the total. I look for Jokic to have a phenomenal game tonight, which makes him my top expensive play for tonight’s NBA DFS slate.

Small Forward, Khris Middleton, Milwaukee Bucks ($7,600): Khris Middleton almost always produce massive numbers on DraftKings when Giannis doesn’t play. Well, tonight Giannis is out, which means the offense will run through Khris Middleton. Even though the Bucks have the lowest team total tonight at 108.5 points, I still look for Middleton to produce value, which makes him one of my favorite plays at any price point tonight.

Shooting Guard, Kevin Huerter, Atlanta Hawks ($5,800): The Atlanta Hawks have the 3rd highest team total tonight at 113.75 points when they go up against the Charlotte Hornets. The Hornets have allowed the 6th most DraftKings points to the shooting guard position tonight. Huerter is also averaging 36.3 DraftKings points over his last four games. I love Huerter tonight as a cash-saving option on DraftKings.

Centre, Nathan MacKinnon, Colorado Avalanche ($8,500): My top play tonight at the Centre position is Nathan MacKinnon. MacKinnon is one of the best players at the position in the NHL and is averaging 21.1 DraftKings points over his previous four games. The game against the Los Angeles Kings is also one of our NHL Picks to go over the total. I look for MacKinnon’s streak of over 15 DK points to continue tonight.

Wing, Kyle Connor, Winnipeg Jets ($7,200): Kyle Connor has been on fire in his last three games, going for an average of 22.4 points on DraftKings. Tonight, the Jets get a team that is allowing 32.33 shots per game. I look for Connor to take advantage of that statistic by getting a few points tonight against the Coyotes.

Goalie, Jordan Bennington, St. Louis Blues ($8,300): The St. Louis Blues are -159 money line favorites at home tonight when they go up against the Florida Panthers, which makes them the biggest home favorites tonight in the NHL. The Panthers are averaging 32.54 shots per game, which means the 35-save bonus will also be in play. Bennington has been in a drought lately as he is only averaging 11.15 DFS points over his previous four starts. However, I still look to him as the best option at goalie tonight in the NHL.