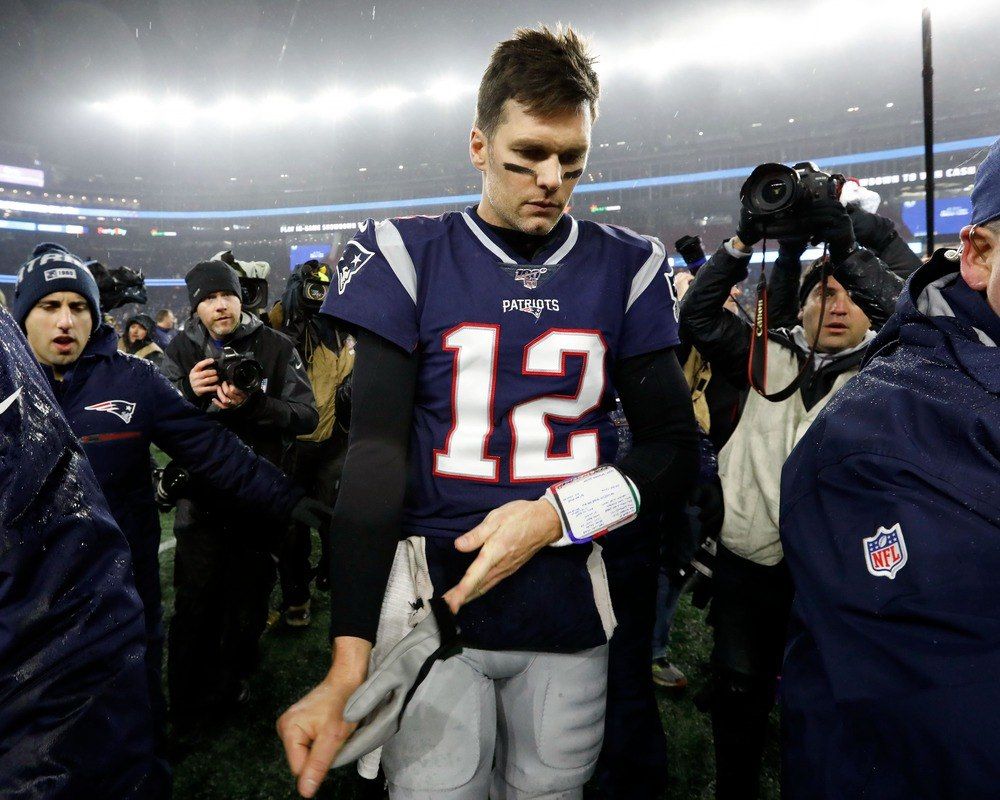 Since graduating from Davidson (The College That Stephen Curry Built), I have been writing about sports -- just about any and all you can think of! -- and coaching tennis in Atlanta, GA. Beyond the four major sports, I am an avid tennis fan and cover the ATP Tour on a daily basis. If I'm not busy writing, you can generally find me on a tennis court or traveling the world wherever a sporting event takes me.
@Dimonator133
Updated: 11:19 AM ET March 17, 2020

By the time it went down on Tuesday morning, it wasn’t that much of a shock. In fact, it had already reached the point where the Patriots were not even the betting favorites to sign Brady (that distinction belonged to the Tampa Bay Buccaneers). Still, Brady playing for someone other than the Pats seemed like—and still seems like—something from an alternate universe.

Then again, an alternate universe is basically what we are living in these days. Who knows when the NFL and other sports will play games as the United States and the rest of the world deals with the coronavirus crisis? Whatever the case, whenever games are played they will not see Brady roaming New England’s sidelines. The 42-year-old has announced via social media that his football career will continue somewhere else.

“I want to say thank you for the past twenty years of my life and the daily commitment to winning and creating a winning culture built on great values,” he wrote to the organization. “I am grateful for all that you have taught me…. Although my football journey will take place elsewhere, I appreciate everything that we have achieved and am grateful for our incredible TEAM accomplishments…. I don’t know what my future holds, but it is time for me to open a new stage for my life and career.”

According to ESPN’s Stephen A. Smith, the decision to leave was Brady’s. Smith said on First Take that he spoke to Patriots owner Robert Kraft, who told him, “If Tom Brady wanted to stay we would’ve worked it out and he would’ve remained a New England Patriot. But Tom Brady wanted to leave.”

The six-time Super Bowl champion may have expressed those sentiments to Kraft the night before.

“Tommy initiated contact last night and came over,” Kraft explained. “We had a positive, respectful discussion. It’s not the way I want it to end, but I want him to do what is in his best personal interest. After 20 years with us, he has earned that right. I love him like a son.”

And why not? Brady and the Patriots resulted in the most productive football relationships of all time. In addition to his six Super Bowl rings from nine Super Bowl appearances, the Michigan alum earned four Super Bowl MVP awards, three NFL MVP awards, won 17 division championships, played in the AFC Championship 13 times, and holds a total of 15 Super Bowl records.

Now the question is where such an incredible career will come to an end. At FanDuel Sportsbook, Tampa Bay has become an overwhelming -290 favorite. The Los Angeles Chargers are next at +170, followed by the Miami Dolphins at +750. No other team has better than +1500 odds and a surprise retirement from football is +3600.

According to Sportsline, Patriots backup Jarret Stidham and free agent Teddy Bridgewater are the favorites to be New England’s starting quarterback in Week 1 of the 2020 season. Cam Newton could be an option, as well. Stay tuned…the NFL’s QB carousel is just getting started.