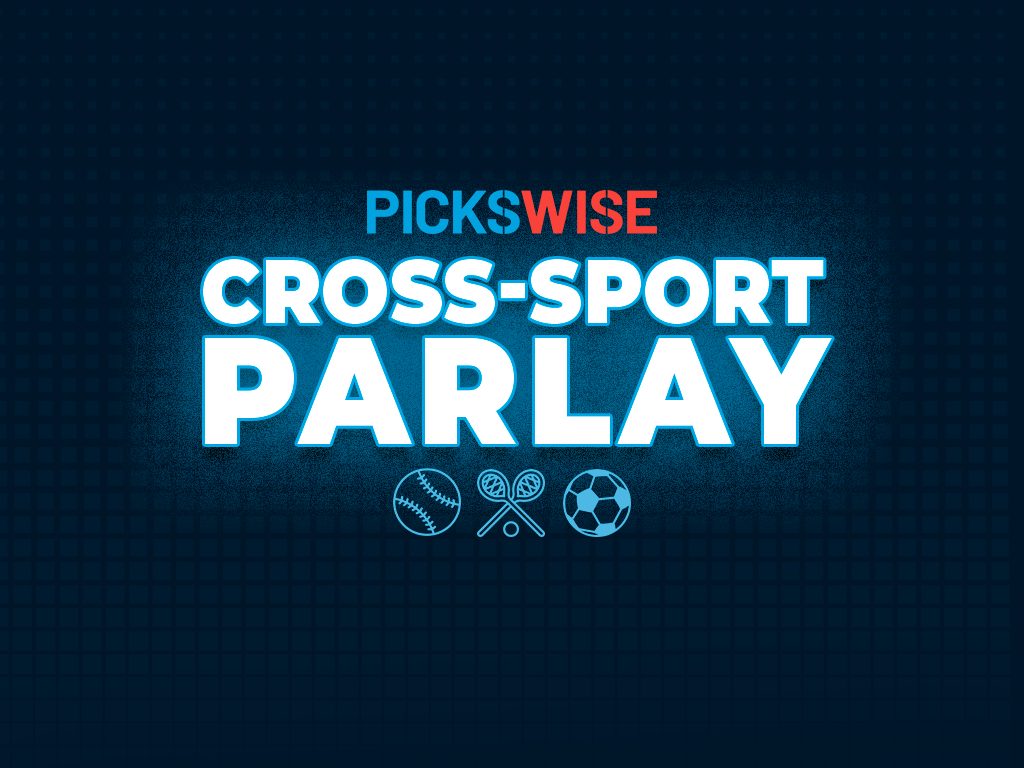 We have put together a 4-pick cross-sport parlay that will take you right through Saturday, including picks from the UFC, MLB, PLL, and MLS. One pick is taken from each sport and a winning ticket would give us a nice payout with odds of +1108 at DraftKings Sportsbook.

Tom Aspinall comes into this fight with an MMA record of 12-2. He is 5-0 in the UFC, most recently beating Alexander Volkv by submission back in March of this year. Aspinall is averaging 7.33 significant strikes per minute and has a striking accuracy of 65%. He is absorbing 2.65 strikes and has a striking defense of 64%. His grappling is also very solid, averaging 4.07 takedowns per every 15 minutes and 2.0 submission attempts during the same time period. His takedown accuracy is 100% and his takedown defense is also 100%.

As good as Curtis Blaydes is and as much power as he has shown throughout his career, Aspinall has still been a step ahead. He has the superior striking in terms of volume, he has never been knocked out, and he also has an advantage in grappling due to his perfect takedown accuracy and defense. Add in the fact that Aspinall can win by submission and backing him looks to be a solid play.

The St. Louis Cardinals aren’t quite there yet, but they can certainly take care of Reds starter Mike Minor. Not only is the aging pitcher struggling, he’s a lefty. The Cardinals are a top-10 lineup against such pitching, and put it on display against some of the best. St. Louis lit up Giants ace Carlos Rodon for 8 runs in just 3.2 innings earlier this season in the nationally televised Sunday night baseball game. If they can hit that well against him, they should have no issue doing so against Minor and the league’s worst bullpen coming in behind him. Minor has avoided the Cards this season, but he’s allowed 9 runs across his last 2 starts. For that reason, Saturday shapes up nicely for the Cardinals to give Minor his 7th loss in 9 starts.

The Whipsnakes are 1-4 against the spread this season with 4 wins, which is actually quite impressive. Three of their wins have been by 1 goal and they have not once covered the spread as a favorite. All of the more reason to take the points with the Chaos. On the other hand, the Chaos were a +1.5 winning machine in the PLL in 2021, going 8-3 against the spread as underdogs, including being a perfect 6-0 against the spread after the all-star break. The Chaos have a really good shot to win this game outright, but even if they don’t, the Whipsnakes haven’t shown any reason to believe that if they win, they will do so by more than one goal.

After a slow start to the season, Vancouver has found their form, and they are 6-3-4 in their last 13 matches. They lost to Minnesota United 3-1 in their last home game, but it was just their second loss of the season in front of their fans, and they’re 5-0-0 against Chicago at home all time.

The Chicago Fire have gone 0-7-1 away from home after picking up four points in their first two road matches of the year. They haven’t impressed on the road, and Vancouver is 5-2-3 at BC Place this season. After suffering a defeat in their last home game, we expect the Whitecaps to bounce back with a big win and will back them to win on Saturday night.