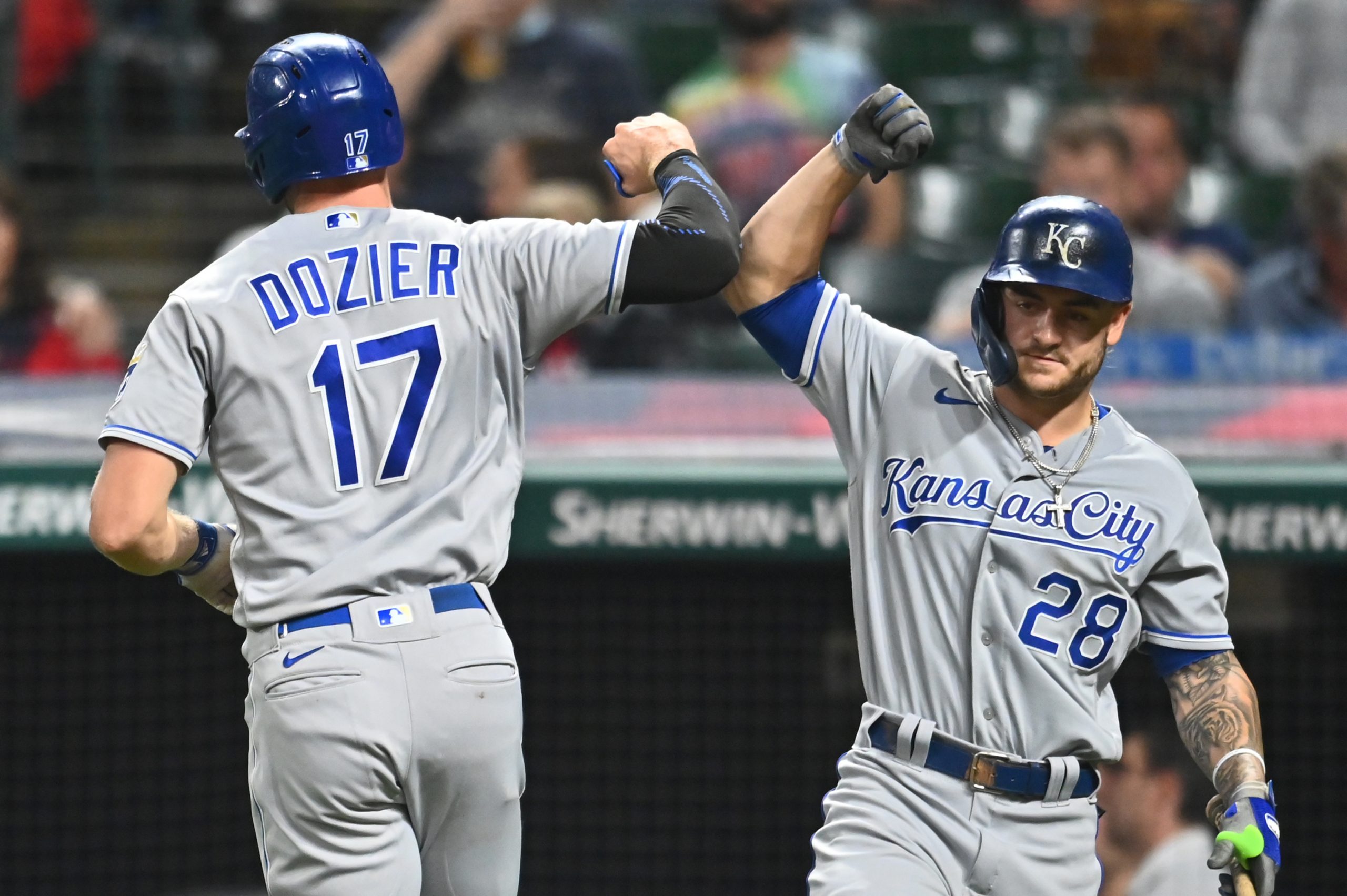 @Sixfigurematt
We have put together a 4-pick cross-sport parlay that will take you right through Wednesday night including action from the MLB and MLS.

Two picks are taken from the MLB and MLS and a winning ticket gives us a nice payout with odds at +1164 with DraftKings; that’s more than 11/1! Let’s break down each of these plays.

Carlos Hernandez has proven why he’s the No. 11 prospect in the Royals system. Hernandez comes into this matchup with a 3.90 ERA and a 1.30 WHIP. He is 3-0 with a 2.60 ERA and 1.13 WHIP in 34.2 innings away from Kauffman Stadium and the Royals have a 7.33 average winning margin when Hernandez starts on the road.

On the other side, Logan Allen has been getting rocked this season. In his last 15.2 innings he has allowed 12 runs on 20 hits and his flat fastball continues to be his demise. The Indians are 2-9 in Allen’s starts this season which makes this money line price look incredibly attractive for the Royals. Grab Kansas City at this good of a price before the market adjusts.

The New England Revolution are a complete powerhouse: offense, defense, and goal. They’re cruising to the Supporters’ Shield having won 17 of their 26 matches so far, and this may very well be the last chance you have to take them on the money line against a sub-.500 team to more than double your money. The oddsmakers are somewhat concerned about New England’s weekend draw at home against a slumping Columbus team, but the Crew, who won the MLS Cup last season, are a good team who’d struggled to get it together, whereas the Fire just don’t have enough spark in them to light a flame to the league leaders. Take New England on the money line.

Both teams have been somewhat unpredictable lately, and while NYCFC have had the better offense overall, it’s the Red Bulls who are coming off possibly their most dominant performance of the season. The Red Bulls traveled to Miami to take on Gonzalo Higuain and his supporting cast in a match they weren’t favored in, but quickly took a 2-0 lead before a red card allowed them to play the rest of the match without any pressure, going on to win 4-0.

NYCFC are also coming off a road victory, but it was against Cincinnati, without a doubt the worst team in the Eastern Conference even if the standings say otherwise.

While 12 points separate the 2 teams in the standings, their levels as of late have been much more comparable. With the Red Bulls having the slight advantage of playing at home, double your chances and take a draw or a Red Bulls win.

Through 30 turns in the rotation in 2021, Walker Buehler has posted a 2.39 ERA, 3.11 xERA, and a 3.20 FIP. His strong 2.43 ERA and 2.86 FIP since the All-Star break have only further cemented his status as one of the best young pitchers in the league. In his last 13 trips to the mound, Buehler has allowed two runs or fewer on 11 occasions. Bettors should trust him once again to deliver a strong outing against the Rockies in this one.