Four sports documentaries to watch while you're stuck inside 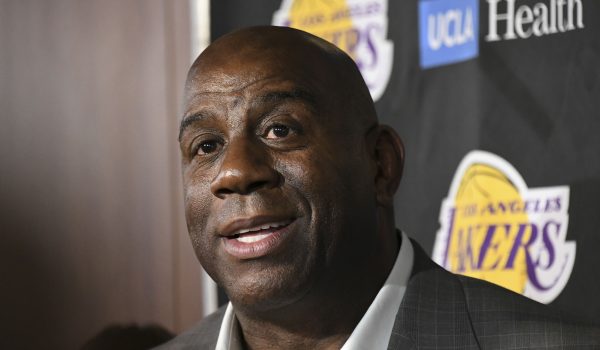 Once you’re finished binging Tiger King and watching The Office for the 1,000th time, you’ll probably be looking for something to watch while you’re stuck inside.

Fortunately, we’ve got you covered. You can temporarily distract yourself from reality (and, potentially, NFL free agency) by checking out some of our favorite sports docs. Below are our four (plus) favorite documentaries that are currently streaming at the moment.

As you’ll learn throughout this article, I’m a bit biased when it comes to Academy-Award-winning documentaries.

Regardless of the accolades, Icarus is one of a kind. The movie gives the audience an unprecedented look into the world of doping. Starting with amateur cycling and evolving into a widespread doping conspiracy that’s relevant in all sports (including the Olympics), it’s a pretty eye-opening look at how actual governments (particularly Russia) will do whatever it takes to win international competitions.

Icarus is the documentary that can appeal to even non-sports fans, making it a must-watch while you’re stuck inside.

This ongoing docuseries follows East Mississippi Community College and coach Buddy Stephens’ unique coaching and recruiting philosophy. Essentially, he pursues former top collegiate prospects who are required to rehabilitate their image, whether it be because of previous violations, arrests, or any other career-altering issues.

The most recent series shifts to Indiana’s Independence Community College, but the overall mantra of Last Chance U remains intact.

Hoop Dreams may be pushing 30 years old, but that doesn’t make it any less enthralling. The movie follows a pair of African American teens who are pursuing their dreams of playing professional basketball. Specifically, it chronicles their journey to a predominantly-white high school.

Race, social classes, education, and (of course) basketball are some of the main themes of this timeless documentary. Plus, considering the time that’s passed since it was produced, it’s fun to look at the future trajectory of some of the film’s major characters.

ESPN’s ’30 for 30’ series has produced some of the best sports documentaries ever, and you can stream their entire catalogue if you have an ESPN+ subscription.

Considering the quality of the documentaries, it’s tough to settle on any one particular option. As a Boston fan, I’m partial towards Four Days in October, which tells the miraculous story of the Boston Red Sox comeback against the New York Yankees during the 2004 ALCS. Celtics/Lakers: Best of Enemies is one of the better series, and the award-winning O.J.: Made in America can probably be finished in an entire weekend.

If you don’t have an ESPN account, you can find a number of 30 for 30 shorts on YouTube or other streaming sites.