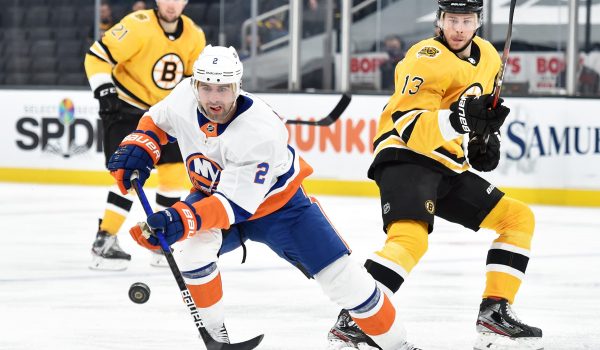 We’ve got five games on deck for Friday in the NHL, and we’ve got a four-leg parlay at over a 12/1 payout to go with it.

For this play, we’ve got two money line plays along with two on the puck line. Let’s break each of them down.

The Montreal Canadiens will be looking to extend their lead in the North division standings as they take on the Calgary Montreal is 9-9-2 at home this season, while Calgary is only 9-12-2 on the road this year. The Habs have been averaging more goals per game, with 3.05 on the season, and have held their opponents to 2.78, while the Flames are only scoring 2.65 goals per game and allowing 2.93. Montreal is also averaging the third most shots on goal with 32.8 per game. Jake Allen is expected to start in the crease for Montreal, and surprisingly he’s been outplaying Calgary’s starter, Jacob Markstrom. Allen is posting a 2.53 GAA and .912 SVP and has done a great job as a backup goaltender, he just needs his team in front of him to perform. Markstrom is only posting a 2.82 GAA and .903 SVP this season which isn’t going to get it done. This game could have huge implications for the North division standings, there’s a two-point swing on the line here.

Be sure to also check out our full-game preview for Calgary Flames vs. Montreal Canadiens.

The Boston Bruins and New York Islanders will wrap up a two-game, back-to-back series in Boston when they meet again on Friday. Thursday’s contest saw the Bruins prevail 4-1, but there are a few reasons to think that is an aberration opposed to the rule. The Islanders had not played since Sunday, so they were understandably showing some signs of rust. Yesterday marked just the sixth time in 2021 that New York has lost by more than two goals. As for the Bruins, they had gone three straight games without winning in regulation–including two losses, one of which was an 8-1 humiliation at the hands of Washington. There is a chance that Jeremy Swayman will be in goal for Boston, and he has made only four appearances in his career. The Islanders are 19-7 in their last 26 overall, 5-2 in their last seven against opponents with winning records, and 22-7 in their last 29 playing on zero days of rest. Boston is 2-7 in its last nine playing on zero days of rest and 1-5 in the last six meetings between the two teams.

Be sure to also check out our full-game preview for New York Islanders vs. Boston Bruins.

This will be the fifth meeting between the Colorado Avalanche and the Los Angeles Kings so far this season. The Avalanche have won three of the four meetings so far. The Avalanche have been red-hot as of late. They are 10-2 in their last 12 games. Most of their wins during that stretch were lop-sided victories. Their top line of Nathan Mackinnon, Mikko Rantanen and Gabriel Landeskog have caught fire. There is a lot to like about their overall team offense right now, they are currently sitting atop the NHL, averaging 3.58 goals for per game. They are also the third best team in the league defensively as of right now. A big part of this is the play of Philipp Grubauer. He is amidst a Vezina candidate season, with a 25-8-1 record and a 2.00 GAA and .920 SVP. He also has five shutouts to go with that. In their last ten games, the Kings are a poor 3-7. The Avalanche need to take advantage of these games against the weaker teams in the West Division if they want to keep putting distance between themselves and the Vegas Golden Knights in the standings.

Be sure to also check out our full-game preview for Los Angeles Kings vs. Colorado Avalanche.

The Vegas Golden Knights are healthy and playing great hockey as they prepare for what they hope will be a long playoff run. On Friday night they will head to Anaheim to play the Ducks, which will be their sixth game head to head this season and the Knights have won four of the five so far. Vegas is 13-7 on the road and has won five of their last six games with four of those wins being by more than one goal. This offense is on fire as they have averaged 4.17 goals for over those six games. On Friday it will be Robin Lehner’s turn in net, as he looks to improve on his 9-1-2 record with a .914 save percentage. Anaheim has lost five of their last eight games and is 5-14-4 on home ice this season Four of the Ducks last five losses have been by more than one goal and the Knights will add to that stat on Friday.

Be sure to also check out our full-game preview for Vegas Golden Knights vs. Anaheim Ducks.