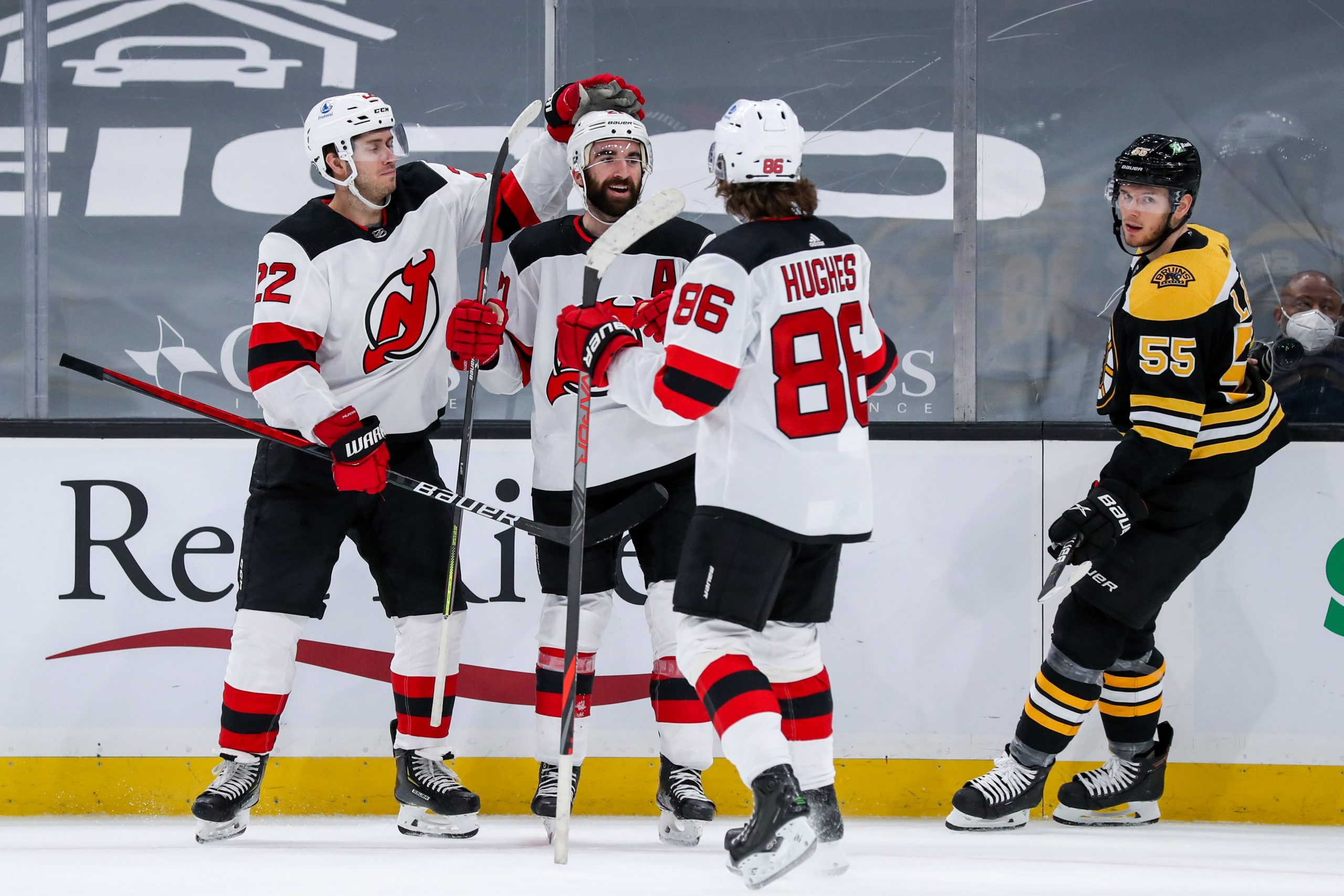 We’ve got six games on deck for Friday in the NHL, and we’ve got a four-leg parlay at nearly a 14/1 payout to go with it. This six-game slate is featuring some of the top teams in the NHL and is sure to entertain.

Let’s break each of them down.

The Washington Capitals travel to New Jersey to take on the Devils on Monday night following the Caps’ 8-4 loss vs the New York Islanders on Thursday night. New Jersey has been off since Tuesday, so they will have a rest advantage to go along with their home-ice advantage for this one. The Devils are coming off a competitive series with the Bruins in which they earned three of four points thanks to some stellar goaltending from Mackenzie Blackwood.

The Devils have proven they are capable of the big upset, as they took down the Bruins and the Penguins twice last month. Blackwood is the type of goalie who can get in the zone and completely steal a game from his opponents. Just ask the Bruins, who recently peppered him with 40 shots on goal only to lose the game 1-0. Rookie There are too many edges going the Devils’ way to pass up on the at this price.

Be sure to also check out our full-game preview for Washington Capitals vs. New Jersey Devils.

The Edmonton Oilers are peaking at the perfect time, as they have found their winning ways of late. The Oilers are one point out of second in the North Division and have won four of their last six games. During this stretch they are averaging 3.17 goals and have a penalty-killing rating of 85.7 percent, which shows the entire team is buying into their system as they know it’s the only way to win.

The Flames have lost five of their last six and Darryl Sutter has not improved this team since stepping behind the bench. In their last eight games they are averaging only two goals and are allowing 3.38. Sean Monahan has been one of their top players for the last few years, but he has no goals in his last nine games and questions about his future in Calgary are starting to swirl with the trade deadline just over a week away. This game means more to Edmonton and they will be looking to bounce back after a loss to Montreal.

Be sure to also check out our full-game preview for Calgary Flames vs. Edmonton Oilers.

The Colorado Avalanche and St. Louis Blues are trending in completely different directions right now. In their last 10 games the Avs haven’t lost in regulation and have totaled eight wins. They have slowly climbed the ladder of their division and now sit first place in the West. In the same stretch, the Blues have just two wins and are on the verge of falling out of a playoff spot.

Colorado is averaging an unbelievable 5.3 goals in their last 10. Leading the way is Nathan MacKinnon (17 points in the last 10) and Mikko Rantanen (16 points in the last 19). For Colorado, they have done a great job limiting their opponents’ chances and have only allowed two goals per game in that time, and have been able to average 2.26 goals against on the entire season. That number ranks them the best in the league. For St. Louis, they have been allowing three goals per game during that stretch and have allowed 3.17 goals per game this season.

Be sure to also check out our full-game preview for St. Louis Blues vs. Colorado Avalanche.

All year the Kings have found various ways to win games, whether it’s a dominant performance in the net from Cal Petersen or a great offensive performance from their team leader in points Anze Kopitar. Five of San Jose’s 15 wins this season have been from a shootout victory. Their goal differential is a brutal -21, which is the second-worst in their division and seventh-worst in the league.

For the Kings, Petersen has been much more impressive than the Sharks’ starting goaltender Martin Jones. Petersen is posting a 2.51 GAA and a .925 SVP, while Jones is only posting a 3.23 GAA and .898 SVP. If L.A.’s netminder can stick to his season averages, he should provide the Kings with an excellent chance to win. The Sharks are allowing the third-most goals per game at 3.37. San Jose also has a losing road record of 8-10-2, while the Kings have a winning home record of 6-4-4.

Be sure to also check out our full-game preview for San Jose Sharks vs. Los Angeles Kings.