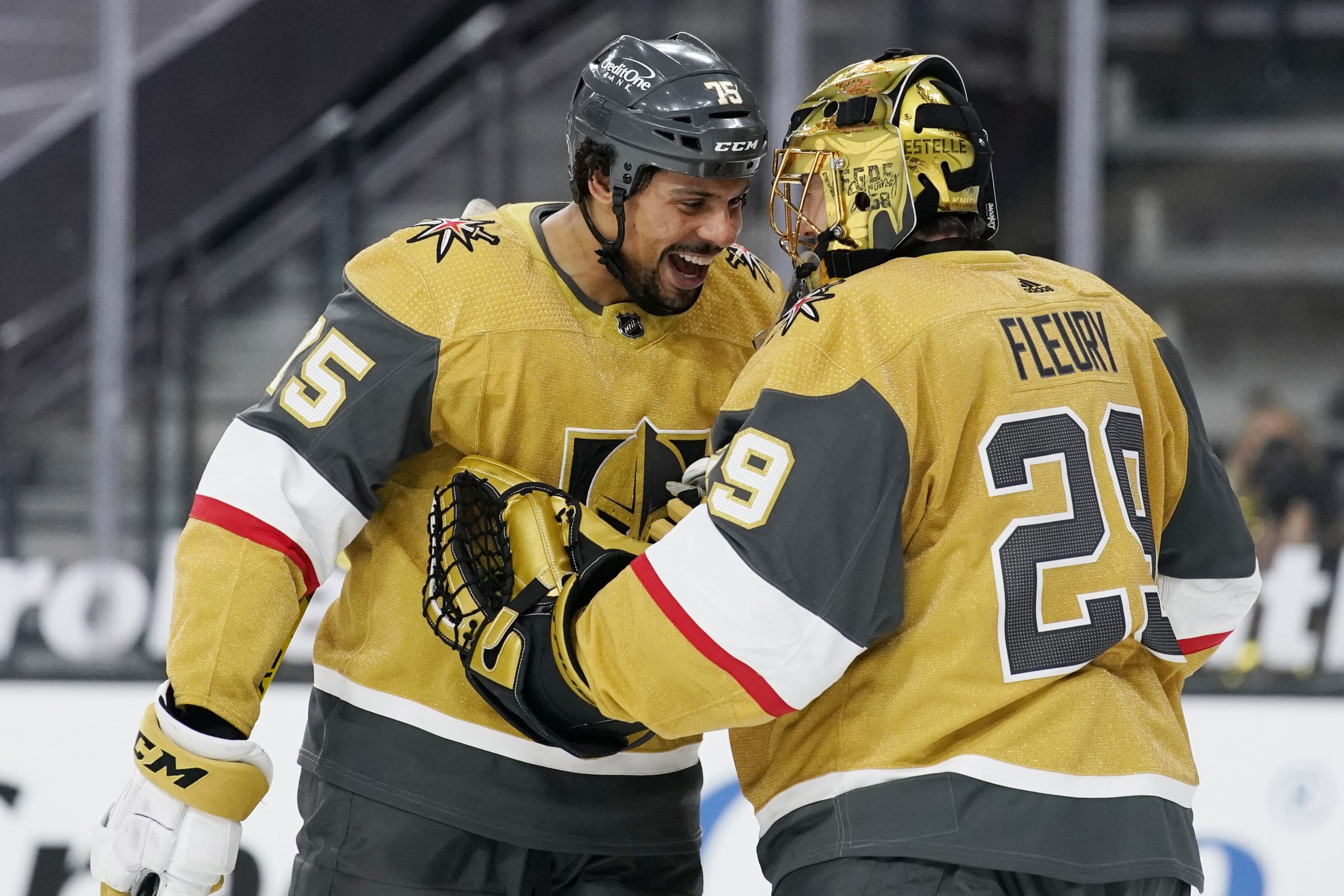 We’ve got five games on deck for Friday in the NHL, and we’ve got a four-leg parlay at over a 14/1 payout to go with it.

The major advantage for the Leafs in this game comes down to rest. Toronto has been able to rest since Sunday, while the Flames have played two games in that span. Another benefit of having a mini-break is it allows for Toronto to get in some good practice time, something many teams are struggling to find. In their last 27 games coming off three-plus days of rest the Leafs have managed to come out on top 20 times. Toronto is in the top 10 in both goals scored and goals against, while Calgary ranks in the bottom third of the league in both categories. Auston Matthews leads the league in goals with 21 and is making himself a serious contender for the league’s most valuable player. The Leafs have taken three of the four games vs. the Flames this year and are a good bet to make it four out of five on Friday.

Be sure to also check out our full-game preview for Calgary Flames vs. Toronto Maple Leafs.

The Canadiens have owned the season series against the Canucks thus far, winning five of the seven meetings. This is a big game against the Canucks, as the Canadiens currently sit two points ahead of them for the fourth and final playoff spot in the North Division. The Canadiens have been much better than the Canucks this season, both offensively and defensively. They are averaging 0.51 more goals per game and 0.49 less goals against per game than the Canucks. The name of the game for Montreal is depth. It has three solid lines that are all capable of scoring goals. The Habs are being led by Tyler Toffoli, who has an impressive 18 goals in 29 games played this year. The Canadiens’ depth and stout defensive game heavily outweighs Vancouver’s. The Canucks do have some good scorers at the top of their lineup, but without Elias Pettersson they don’t matchup well against the Canadiens. I think the Canadiens’ depth will prove superior in this game.

Be sure to also check out our full-game preview for Vancouver Canucks vs. Montreal Canadiens.

The St. Louis Blues should be able to take advantage of a Sharks team that’s lost two in a row and has a poor home record of 3-5-1. St. Louis has a road record of 10-3-2, they should have a solid chance to bounce back here. They currently are ranked fifth in faceoff percentage, while the Sharks have the sixth-worst faceoff percentage in the league. Winning the majority of draws can allow a team to dominate the possession, create more chances, and capitalize on their opportunities. Jordan Binnington is expected to get the start for the Blues. He is currently posting a 9-7-4 record with a 2.82 GAA and .904 SVP, which when compared to the Sharks starting goaltender Martin Jones it’s clear Binnington provides an edge for St. Louis. Jones is posting a 3.64 GAA and .884 SVP, The Blues should be able to capitalize on those poor numbers and can hopefully get a solid game from Binnington.

Be sure to also check out our full-game preview for St. Louis Blues vs. San Jose Sharks.

The Vegas Golden Knights are one of the best teams in hockey and are so much fun to watch night in and night out. They are 8-2 in their last 10 and are 8-4 on the road as they head to Los Angeles to face the Kings on Friday night. On their current four-game winning streak they are averaging 4.25 goals and only 2.5 against, while their powerplay is on fire at 28.6 percent. Shea Theodore is third in team scoring and has seven powerplay assists while being plus-10. The Kings have lost three of their last five and are 3-4-3 in their last 10 games. Over those 10 games they have a goal-scoring average of 2.7 per game and are averaging less then 30 shots. Since trade rumors about Alex Iafallo started he has only one goal in his last 12. The rest of the Kings will be looking over their shoulders as the trade deadline looms and the Knights should have a field day against them.

Be sure to also check out our full-game preview for Vegas Golden Knights vs. Los Angeles Kings.