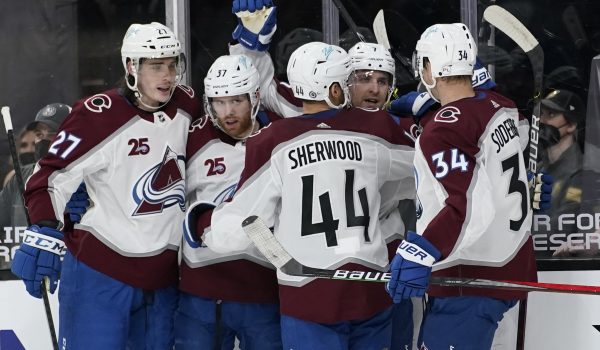 We’ve got four games on deck for Friday in the NHL, and we’ve got a three-leg parlay at nearly a 11/1 payout to go with it.

The Avalanche have won three of the four previous encounters with the Sharks this season. The Avalanche are currently riding their longest losing streak of the season at three games. They will be getting some much-needed reinforcements to their lineup, with the return of Philipp Grubauer and Mikko Rantanen. There is a lot to like about their overall team offense right now, they are currently sitting atop the NHL, averaging 3.49 goals for per game.

The Avalanche are also the sixth-best team in the league defensively as of right now. Averaging a solid 2.47 goals against per game. A big part of this is the play of Philipp Grubauer. He is in the midst of a Vezina Trophy candidate season, with a 25-8-1 record and a 2.00 GAA and .920 SVP. He also has five shutouts to go with that. The Sharks have been plagued by their poor defensive play all season long. They are currently allowing the fifth-most goals against per game in the NHL, with 3.9. It doesn’t help having Martin Jones in net, who has a 3.26 GAA and a .896 SVP.

Be sure to also check out our full-game preview for San Jose Sharks vs. Colorado Avalanche.

The Los Angeles Kings lost to the Anaheim Ducks on Wednesday with just over a minute remaining in regulation, they’ll be looking to bounce back. In that game, the Kings outshot the Ducks 30-22 and unfortunately came up short. In six games against Anaheim, LA has won three of them and outscored the Ducks 21-15. Additionally, in their head-to-head meetings, the Kings’ special teams have been playing incredibly well. Their powerplay is successful 26.3 percent of chances and their penalty kill is operating at 100 percent. The Kings were stopped by Anaheim goalie John Gibson on Wednesday, but don’t expect that to happen again. That was only Gibson’s second win in April; before that game he had lost five in a row.

The Ducks are allowing the sixth-most goals per game with 3.2, and they’re scoring the fewest in the league with only 2.16. their goal differential is -53, the worst in the league…even below the Buffalo Sabres. Anaheim is terrible, with only six games left they might be embracing the chance at a first overall pick.

Be sure to also check out our full-game preview for Los Angeles Kings vs. Anaheim Ducks.

The Vegas Golden Knights continued their hot streak on Wednesday with a big 5-2 win over the Colorado Avalanche. Vegas has now won 10 straight games and the Golden Knights have increased their lead over the Avalanche for first place in the West Division to six points. Marc-Andre Fleury was tremendous in the crease as he finished with 35 saves and a .946 save percentage as he picked up his sixth straight win. Now they hit the road for their last series against the Arizona Coyotes this season as they look to win their sixth straight road game. The Golden Knights currently lead the series 5-1 and haven’t lost to the Coyotes since January.

The Coyotes are coming off of a series against the San Jose Sharks where they were handed back-to-back losses and have now lost four out of their last five games. Arizona’s recent collapse along with St. Louis catching fire has nearly put their playoff hopes to rest. Arizona has only won two games out of their last 11 and five out of their last 16 when playing on one day’s rest.

Be sure to also check out our full-game preview for Vegas Golden Knights vs. Arizona Coyotes.