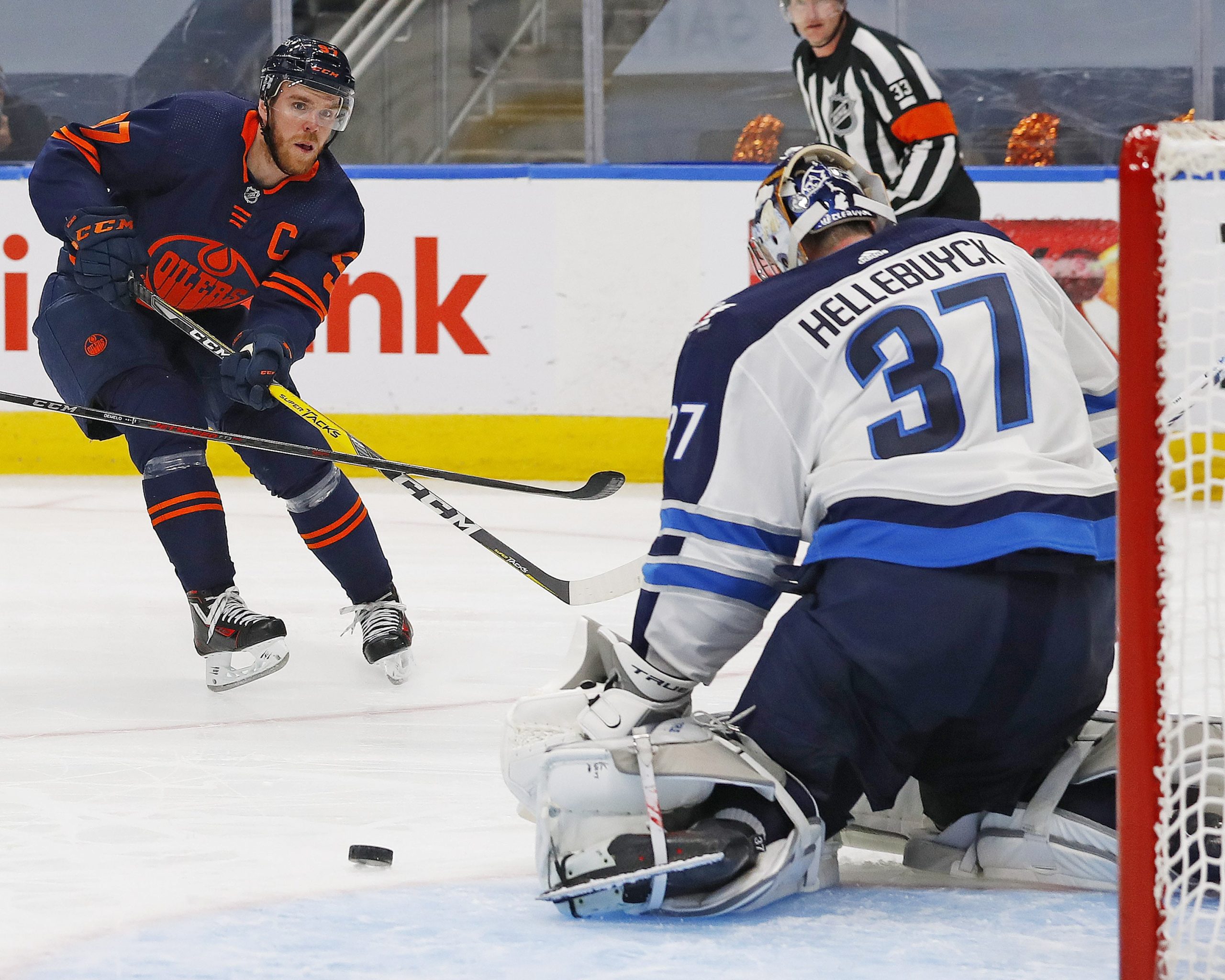 We’ve got four games on deck for Friday in the NHL, and we’ve got a three-leg parlay at nearly a 14/1 payout to go with it.

Before I reveal this mega parlay, don’t forget to check out our picks for the side and total on every NHL game first. We’ve been on a roll this hockey season, so don’t miss out on their picks for all four of today’s NHL playoffs games.

This series will be shifting to Nashville for Game 3. The Carolina Hurricanes dominated the Predators when winning each of the first two games, outscoring them by a total of 8-2. The Hurricanes have shown everyone that they are a much better team than the Predators and their forward depth can’t be matched. Alex Nedeljkovic recorded his first career playoff shutout, and with a goalie as dialed in as he is, it is going to be difficult to beat the Hurricanes. Their powerplay remains red-hot and had a big impact on the outcome of Game 2. All around, the Hurricanes are a much more solid team than the Predators, and they should be able to extend their series lead.

The Predators are being outmatched and outclassed by the Hurricanes, plain and simple. The talent in their forward group is just not at the same level. They are going to have to start getting physical and grinding on the forecheck if they want to have any chance at making a comeback. With the Hurricanes being the visitors in this game, we are seeing a little better price on them.

Be sure to also check out our full-game preview for Carolina Hurricanes vs. Nashville Predators.

The Winnipeg Jets upset the Edmonton Oilers 4-1 in a shocking Game 1, keeping both Connor McDavid and Leon Draisaitl off the scoresheet. The Oilers outshot the Jets 33-22 and will make some lineup adjustments heading into Game 2. Draisaitl was -2 with four shots in the game and will now move to center on the second line, moving Ryan Nugent-Hopkins to the wing. The Jets were able to contain McDavid to only two shots on net but shouldn’t be able to keep him locked down for another game — McDavid had back-to-back games without a point only once this year. Nugent-Hopkins has had a great year with 16 goals including two in his last four games and he will be the main beneficiary of having Draisaitl on his line as they will look to do damage against the Jets.

Winnipeg won 4-1 but it was closer than the score shows as the last two goals were empty-net goals. As a team, they are averaging less than 2.5 goals per game over their last 13 and if their only hope of winning is keeping the top guns on the Oilers to zero points it’s hard to see them doing it multiple times in a row.

Be sure to also check out our full-game preview for Winnipeg Jets vs. Edmonton Oilers.

The Colorado Avalanche will hit the road for the first time in these playoffs, looking to take an even more commanding lead over the St Louis Blues. They won Game 1 and Game 2 without breaking a sweat. The Avalanche have also seen their offense come alive in the playoffs, scoring four goals in Game 1 and six in Game 2. Nathan MacKinnon is having a great series and has already scored seven points. He is also leading the playoffs with five goals in two games. Considering he has already matched one-fifth of his regular-season goal total, the Avalanche look to be in great shape if he keeps this up.

The Blues do not look like a team that will last much longer. They have scored a total of four goals and their defense is being shredded. Their defense was in the bottom half of the league for most of the season, so that is not a huge surprise. St Louis just does not have a guy like MacKinnon or even Mikko Rantanen, who can take over a game. No one has more than one goal and they just do not have the needed firepower to compete.

Be sure to also check out our full-game preview for Colorado Avalanche vs. St Louis. Blues.