HomeAnalysisNHL AnalysisNHL Friday mega parlay (+1363 odds): Can Minnesota pull off the upset of the night?

NHL Friday mega parlay (+1363 odds): Can Minnesota pull off the upset of the night? 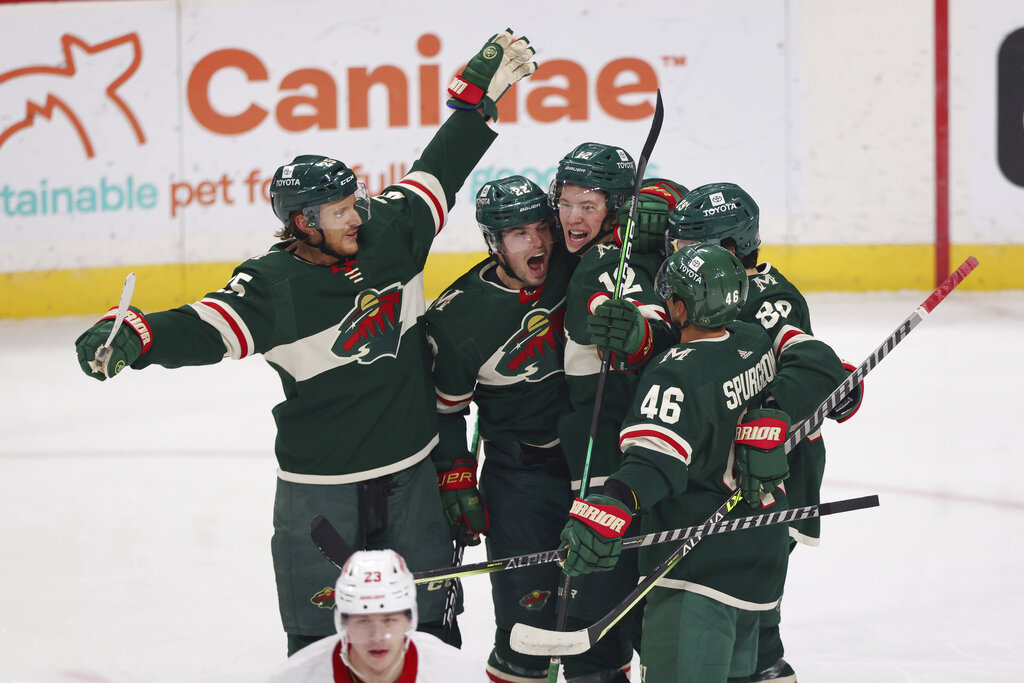 There are only four games tonight in the NHL. We’re looking to parlay three of them that will hopefully pay big, and this one serves up odds of just under 14/1. But before we dive in, be sure to check out all of our picks and previews for every game tonight.  You can also follow Pickswise on Twitter for plenty of daily betting content.

Carolina Hurricanes -1.5 over the Nashville Predators (+145)

Surprisingly, both of these teams are entering this game on a losing streak. The Predators have lost their last three games and might be starting to lose their mojo. They’ve gathered just four wins in their last 10 games and they’re going up against one of, if not the best team in the league tonight in the Carolina Hurricanes. The Canes are coming off of a 3-2 OT loss to the Panthers, a game that they should have won if they didn’t allow a goal in the final 50 seconds of regulation. It’s very hard to imagine they lose three in a row, especially coming off of a loss in such a fashion.

The Hurricanes are one of the top-tier teams in the league and this is a perfect opportunity to prove that their last game was a fluke loss — they should cover the spread tonight. Carolina outperforms Nashville in nearly every category and they’re 16-4-2 on home ice. Take the Hurricanes on the puck line here.

This is a bit of a riskier bet, but I believe the Wild pull it off. Minnesota is still one of the teams that get overlooked because they don’t have an All-Star centerman, but what they lack in that department they make up for in everything else. They’re the hardest-hitting team in the league without sacrificing any skill or speed. The fact that they are second in the Western Conference is no fluke. They may feel they have a lot to prove tonight as they take on the Panthers, who are touted as one of the Cup favorites.

In reality, while the Panthers have incredible offensive talent, they’ve struggled a bit on the road. They’re just 9-7-5 on the road this season, a losing record. Meanwhile, the Wild have excelled on home ice posting a 16-3-1 record. Minnesota is 8-1-1 in their last 10 games. This team is legit, and with a win tonight they could establish themselves as serious contenders. Take the Wild on the money line tonight.

Dallas is entering tonight’s game having won 7 of their last 10. Chicago on the other hand is entering this matchup after a brutal loss last night in which they allowed 7 goals. After a disappointing start, it appeared that the Blackhawks were turning their season around, but unfortunately, they have started to regress again. What’s even worse for them is they’re playing tonight on the tail end of a back-to-back and could have low energy after such a big loss last night. This is one of the better divisional rivalries in the Central Division, but at this point in the season, the game just means more to the Stars.