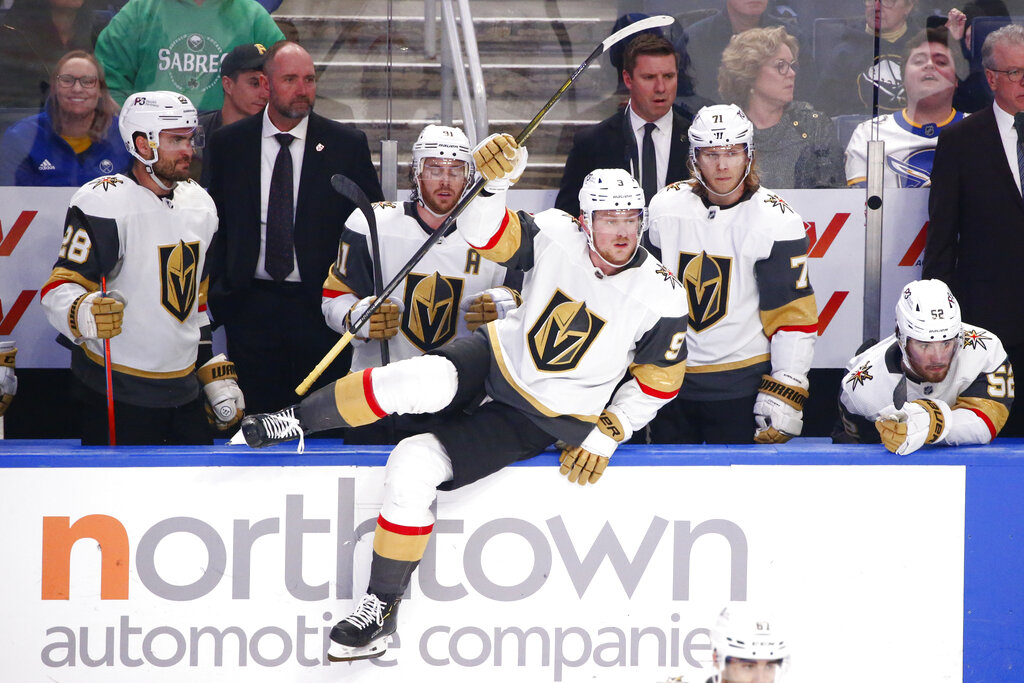 There are just 4 games tonight in the NHL. We’re looking to parlay 3 of the games that will hopefully pay big. This parlay is just under a 10/1 payout for you. But before we dive in, be sure to check out all of our picks and previews for every game tonight.  You can also follow Pickswise on Twitter for plenty of daily betting content.

The Vegas Golden Knights are coming off of a brutal loss to the Buffalo Sabres. The Sabres managed to spoil Jack Eichel’s return to Buffalo, but this is the perfect spot to rebound as a team. The Knights admittedly dropped the ball last night, but it’s time to tail them in an important bounce-back game. Neither of these teams have been performing up to their standards as of late, both teams are on a two-game losing streak. However, at +145, bettors are getting excellent value for a game that should be considered a coin flip matchup.

This is a back-to-back for both the Winnipeg Jets and the New York Islanders. Both teams are fresh off of a win, but it’s the Jets who have a slight advantage in this one. The Jets played their backup goaltender in yesterday’s win, expecting to start Connor Hellebuyck for tonight’s game. While Hellebuyck isn’t having the best season of his career, he’s still been able to put up some solid performances despite the Jets giving up a large total of shots seemingly every night.

Offensively, the Jets are a much better team and that should reflect here tonight. The Jets have the ability to score 7 or more goals on any given night — they just recently scored 7 against the Lightning and 8 against the Canadiens. The Islanders are averaging the 6th-fewest goals per game, and for Hellebuyck, this is a great opportunity to get hot leading into the playoffs. As the underdogs, take the Jets on the money line tonight.

The Vancouver Canucks are currently on a 3-game winning streak. They’re also 8-2-0 in their last 10 games. They’ve been an impressive team to watch lately and they’re hunting for a playoff spot right now. Originally thought to be sellers at the upcoming trade deadline, the Canucks are now poised to be buyers as they prepare to make a run at a wild-card position or better.

In the most recent meeting between these two teams, the Canucks won 4-2. They’ve proven they can win against the Capitals, and tonight they’ll be going for the season sweep against them. Players like Elias Pettersson and Quinn Hughes are starting to look like their normal selves again, they’re looking dangerous every night. As a pick-em, bettors should take the Canucks on the money line with home-ice advantage.