If Georgia loses, Oklahoma, Baylor, and Utah have championship aspirations 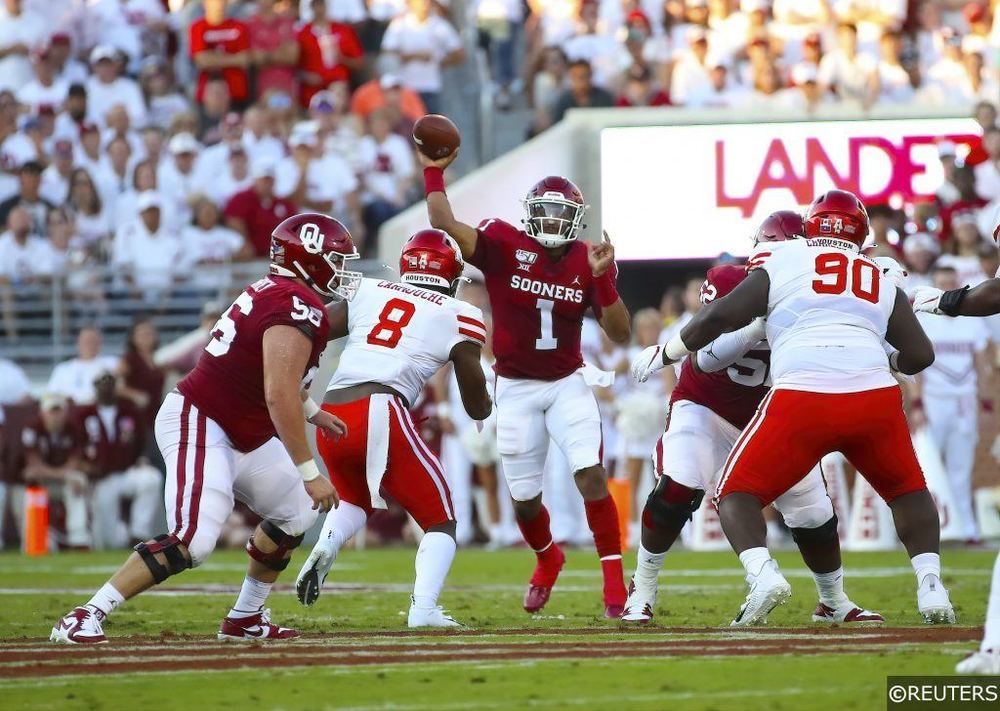 If Georgia upsets LSU in Saturday’s SEC Championship to remain in the top four, the College Football Playoff picture is crystal clear. That will probably be the case even if Ohio State or Clemson somehow loses to Virginia or Wisconsin, respectively, and it’s definitely the case if Ohio State and Clemson both win. In all likelihood, if the Bulldogs triumph the top four spots in the final CFP rankings are as follows: 1) Ohio State, 2) Clemson, 3) Georgia, and 4) LSU.

Things only get complicated if, as expected, LSU takes care of business against UGA. That would leave the Tigers at No. 1, Ohio State at No. 2, and Clemson at No. 3 while opening the door to the No. 4 spot vacated by Georgia.

That’s where other teams can stake a claim to create chaos. If Utah defeats Oregon in the Pac-12 Championship, it will come down to the Utes and whoever wins the Big 12 Championship between Oklahoma and Baylor.

Baylor would control its own destiny irrespective of Georgia’s result if it hadn’t blown a 28-3 lead against none other than Oklahoma on Nov. 16. The Sooners went into Waco and erased that 25-point deficit en route to a 34-31 victory. Instead of being undefeated, the Bears are thus saddled with one loss to go along with their 11 victories. But if they prevail this weekend, their lone setback would have come against an opponent (OU) they turned around and beat three weeks later. That would be a big boost to a resume that otherwise features just one win over a Top 25 foe (current No. 25 Oklahoma State).

In part because of its head-to-head success against Baylor, Oklahoma sits one spot higher in the College Football Playoff rankings at No. 6. In addition to those heroics, the Sooners also defeated then-No. 21 Oklahoma State 34-16 on the road last weekend and then-No. 11 Texas 34-27 on Oct. 12. Jalen Hurts and company are clearly ahead of Baylor right now (the margin of which can be debated), meaning Utah—if it gets the job done on Friday—should root for the Bears on Saturday.

Before the Utes can worry about the SEC Championship and Big 12 Championship, they have to take care of business against Oregon. Our free college football expert picks get you ready for the full slate of championship action. The Ducks already have two losses, so they are no longer in the running to benefit from a Georgia loss. Utah, however, has reeled off an eight-game winning streak since falling at USC 30-23 on Sept. 20. This stretch includes a victory over then-No. 17 Arizona State and head coach Kyle Whittingham’s crew has completely destroyed everyone other than Washington (33-28 on Nov. 2). A win over 13th-ranked Oregon would not look quite as good as an Oklahoma win over No. 7 Baylor all things being equal, which means the Utes probably need to pass the eye test with a convincing blowout in order to stay ahead of the Sooners.