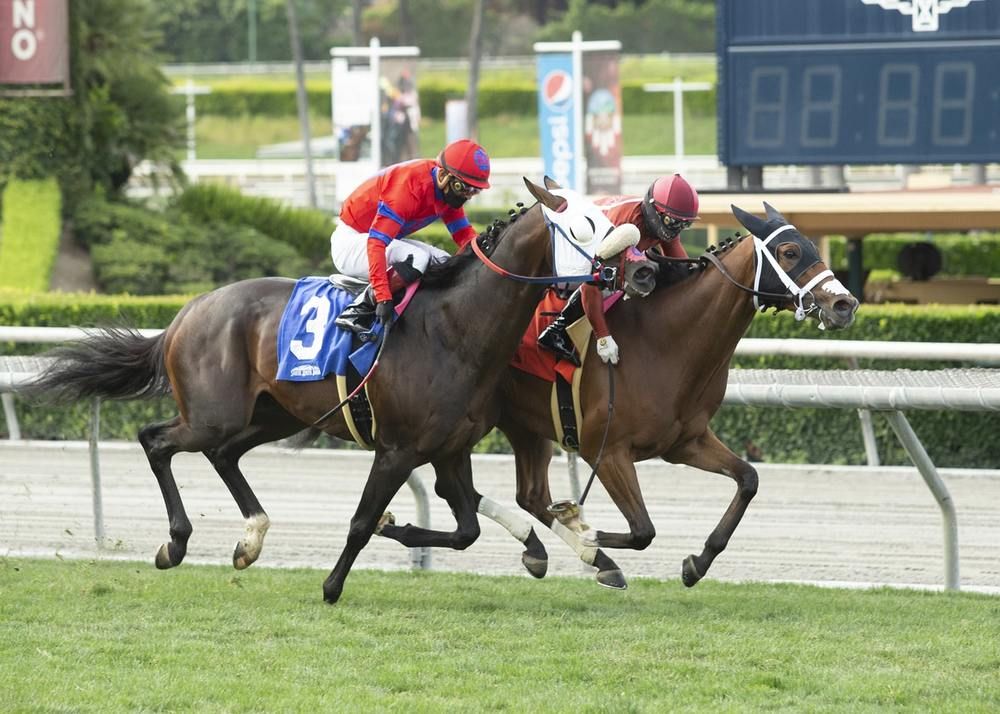 Since graduating from Davidson (The College That Stephen Curry Built), I have been writing about sports--just about any and all you can think of!--and coaching tennis in Atlanta, Ga. Beyond the four major sports, I am an avid tennis fan and cover the ATP Tour on a daily basis. If I'm not busy writing, you can generally find me on a tennis court or traveling the world wherever a sporting event takes me.
@Dimonator133
Updated: 8:22 AM ET August 28, 2021

There is plenty of great horse racing action to look forward to across America on Saturday, including at Saratoga race track. We have hit 32 winners in our last 73 races, profiting 54.1 units during this hot stretch. Let’s keep it rolling! Here are 5 runners whom we think look to be a class above the opposition in their respective races. It’s time to dive in and take a look at some potentially lucrative plays.

Competed in Group company when trained in Europe including when finishing eighth in the Group 3 Valiant Stakes at Ascot in June last year. Has shown plenty of ability in her three starts since joining the Chad Brown barn finishing runner-up on each occasion including when beaten half-a-length in an allowance over a mile on turf here at the end of last month. Draw not ideal here but looks capable of registering a second career victory.

A three time winner in Ireland prior to moving here last year the five-year-old numbered a Grade 1 victory in the Matriarch Stakes at De Mar in November among her three victories last year. Raced from off the pace prior to getting up to win by a nose that day and as with last year is likely to have improved markedly for her seasonal debut, which came when finishing fourth in the Listed De La Rose Stakes earlier this month.

The winner of eight of her nine starts the daughter of Into Mischief is three-from-three this year including when taking the Grade 1 Derby City Distaff Stakes at Churchill Downs in early May. Subsequently followed up in the Grade 2 Great Lady M Stakes at Los Alamitos last month and with a decent draw on the rail she is taken to continue her winning run for trainer Bob Baffert with regular pilot John Velazquez again taking the ride.

A dual Grade 1 winner as a juvenile the selection has won two of his four starts so far this year most recently when making all to deliver an impressive seven-and-a-quarter-length victory in the six-and-one-half-furlong Grade 2 Amsterdam Stakes at this track at the start of the month. Extra half-furlong here is no issue and Steve Asmussen’s charge looks capable of making all to register a fourth victory in four starts at this venue in this valuable Grade 1 contest.

Suffered his sole defeat to date when finishing fourth in the Kentucky Derby at Churchill Downs at the start of May. Has made amends since with two victories including in the one-mile-four-furlong Belmont Stakes at Belmont Park in early June. Followed up with a half-length victory in the Grade 2 Jim Dandy Stakes over a mile-and-one-eighth here at the end of last month and looks up to registering a second Grade 1 victory in this competitive affair.