HomeAnalysisNFL AnalysisHow good can Brady and the Bucs be in 2020? 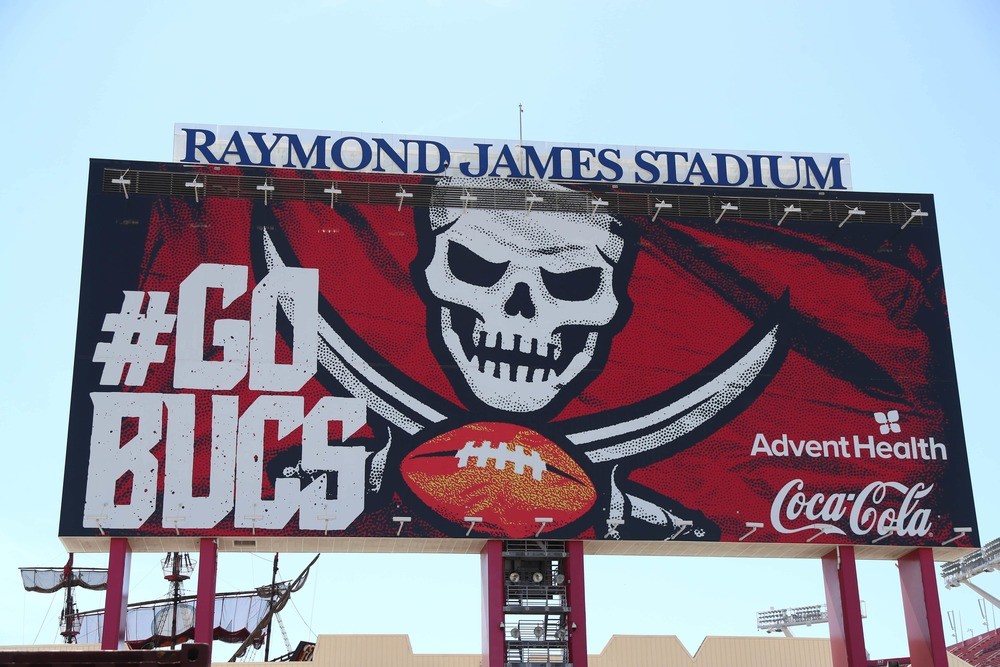 Does the addition of six-time Super Bowl-winning quarterback Tom Brady make the Tampa Bay Buccaneers immediate title contenders? Only time will tell, but Brady is certainly walking into what looks like a favorable situation—and not just because there is so state tax in Florida.

Let’s take a look at the team Brady inherits and the roadblocks that stand in Tampa Bay’s way.

Jameis Winston (+150 to sign with the Miami Dolphins) led the entire NFL with 5,109 passing yards last season despite throwing an infamous 30 interceptions. Brady almost certainly won’t pass for 5,000 yards, but he also isn’t going to throw 30 interceptions. The 42-year-old will be tossing the rock to receivers Mike Evans and Chris Godwin. Both guys in 2019 exceeded the 1,000-yard mark with room to spare and combined for 17 touchdown receptions. Can Ronald Jones II shoulder the load in the backfield? He rushed for 724 yards (4.2 yards per carry average) and six touchdowns while catching 31 balls for 309 more yards. Brady is a master at using running backs as pass-catchers, so Jones’ ability in that department should make him even more of a force in 2020.

Speaking of leading the entire league, that is exactly what Tampa Bay did in stopping the run last year. It allowed only 73.8 rushing yards per game, by far the fewest in the NFL. A young defense improved dramatically on all fronts throughout the second half of 2019 and most of the same players are returning despite all the money that was shelled out for Brady. Defensive lineman Ndamukong Suh resigned with the Bucs and will make for a stout three-man front along with William Gholston and Vita Vea. Lavonte David remains the captain of the defense as one of two inside linebackers.

The Bucs play in an NFC South that has seen three teams go through significant overhauls this offseason. Only the New Orleans Saints, who brought back quarterback Drew Brees, will look the same. And why not? They went 13-3 to win the division by a landslide. The Carolina Panthers replaced former head coach Ron Rivera with Matt Rhule and parted ways from Cam Newton after signing former New Orleans backup Teddy Bridgewater. Although the Atlanta Falcons surprisingly retained head coach Dan Quinn, they released long-tenured players left and right. Among the replacements are running back Todd Gurley, tight end Hayden Hurst, and defensive end Dante Fowler. This is an incredibly intriguing division; one that could be amazing but could just as easily be mediocre.

With the aforementioned pieces around him, Brady does not have to be a hero. Of course, he will be no matter what he does if the Bucs meet expectations in 2020. And those expectations are sky-high for a squad that was arguably on the rise even before Brady’s arrival. Tampa Bay is now -200 to make the playoffs, +200 to win the NFC South, +800 to win the NFC, and +1600 to win the Super Bowl.