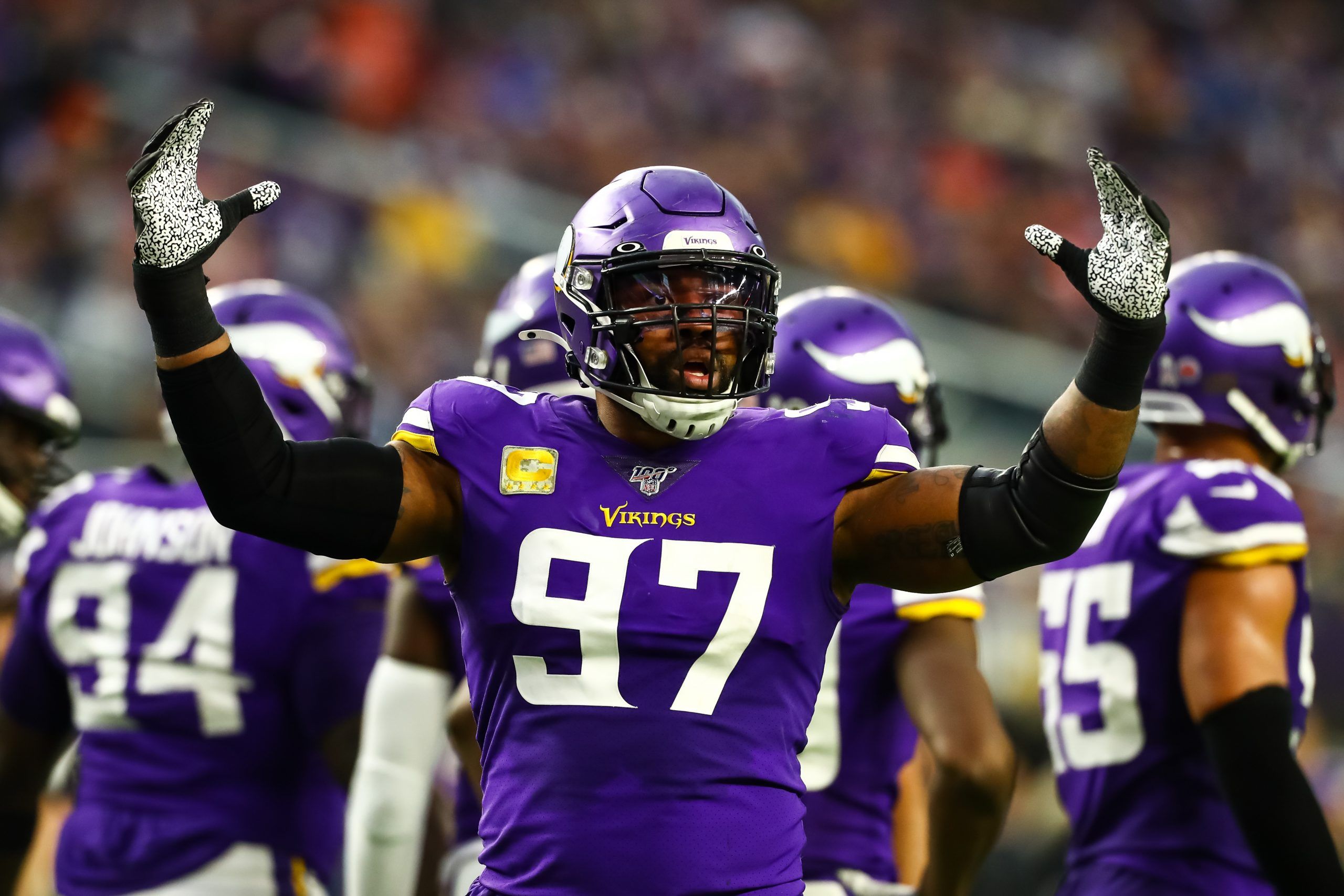 One of the last big names left available in NFL free agency is off the market as Everson Griffen has signed a contract with the Dallas Cowboys, NFL Network reported Wednesday. It’s a huge get for the Cowboys, who now have quite the imposing defensive front.

They had already signed veteran defensive tackles Dontari Poe and Gerald McCoy this offseason, and also already had one of the league’s better pass-rushers in Demarcus Lawrence on the roster. With all those guys up front and guys like Jaylon Smith and Leighton Vander Esch at linebacker, Dallas can legitimately say they might have the most talented front seven in all of football.

It’s not hyperbole to say this latest signing could be what pushes them over the edge as a Super Bowl contender. Considering they still have an elite offensive line and plenty of talent at the skill positions, I like them a lot at their current Super Bowl price of 17-1 with BetAmerica.

I’m not expecting big things from any of the Eagles, Giants, or Washington this season, so at even money with DraftKings Sportsbook, I also like them a lot to win the NFC East. By all accounts, new head coach Mike McCarthy seems to have adopted his system to be more modern, and I think he learned a lot during his time away from the game.

Griffin will be a nice veteran presence in this locker room, and he showed last year that he still has plenty left in the tank as a pass-rusher. Off-field issues limited him to just 11 games in 2018, but he has had at least eight sacks in each of his last five full seasons. He has made the Pro Bowl in each of those last four, and it’s very rare to get a player of his caliber this late in free agency.

It’s a total coup for Jerry Jones’ team, and this squad is going to have unbelievable upside. I already liked the over on their win total of 9.5 before this move, and this seals the deal. No offensive line in the league is going to be able to block Griffin, Lawrence, McCoy, and Poe at the same time.

The USC product seems to have dealt with all of the issues that limited him in 2018, and by all accounts, he has turned a corner in the mental health department. New Cowboys defensive coordinator Mike Nolan is one of the most experienced coordinators in the league, so he should know just how to use Griffin.

With such an experienced coaching staff and roster there shouldn’t be much of an adjustment period, and Griffin should be able to hit the ground running even though this will be his first time on a team other than the Minnesota Vikings. For $6 million on a one-year deal, the Cowboys got a steal, and this move indicates they are going all-in on winning a championship in 2020.

How many games will they win in 2020? pic.twitter.com/jAwCplnpoN