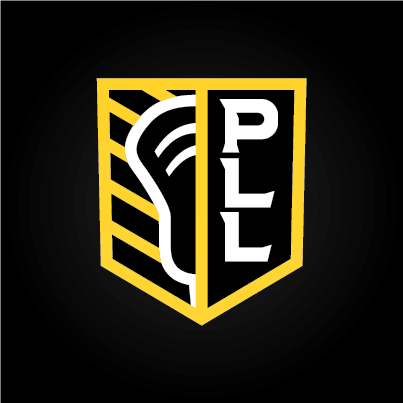 The Premier Lacrosse League has reached the halfway stage of the regular season with the Atlas, Chrome and Whipsnakes leading the way with 4-1 records. Following last week’s pause, the players are back in action this weekend for the PLL All-Star Game, to be contested by Team Farrell and Team Baptiste.

What channel is the Premier Lacrosse League All-Star Game on this weekend?

The PLL All-Star Game at Gillette Stadium will be shown on ESPN at 3:30 pm ET on Saturday, July 16. The All-Star Skill will follow at 6:30 pm ET on ESPN+.

There are two main rule changes being used for the 2022 PLL All-Star Game.

First, the Bonus Ball means that in the last 2 minutes of each quarter every goal will be worth double its usual value — so a regular goal is worth 2 and what would normally be a 2-point goal is worth 4.

The chances of those 4-point plays — and other 2-point goals — happening will be increased by the other rule change, which has seen the 2-point arc shortened from 15 yards to 13 yards. Thus 2 points can be scored from shorter range than in regular-season games.

What are the odds for the Premier Lacrosse League All-Star Game?

Team Baptiste is a -120 favorite to win at DraftKings Sportsbook, but it’s close with Team Farrell at -110.

Who is playing in the PLL All-Star Game?

The rosters for the game are as follows:

Who are the coaches for the PLL All-Star Game?

Before placing a bet on this weekend’s big game, be sure to check out our expert’s full preview of Team Baptiste vs Team Farrell. All season long the Pickswise handicappers will be providing their favorite plays every week, so be sure to check back on a weekly basis for our best bets, top props and expert analysis. 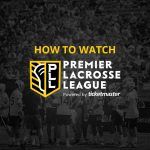 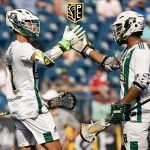 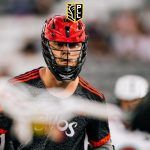