HomeAnalysisCollege Football AnalysisHow would the bowl lineup look if the season ended now?

How would the bowl lineup look if the season ended now? 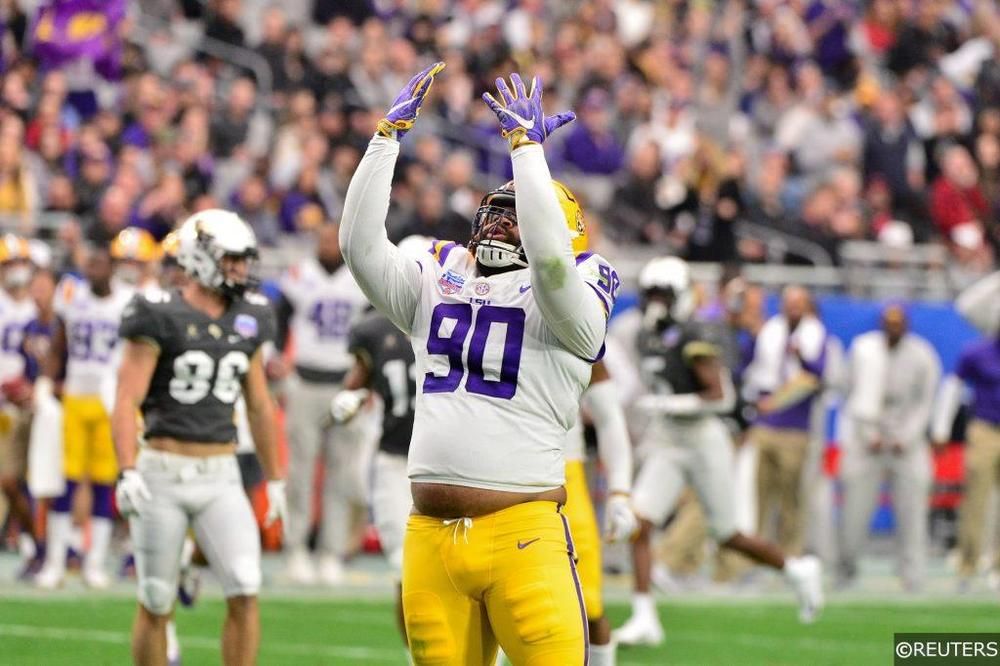 Since graduating from Davidson (The College That Stephen Curry Built), I have been writing about sports--just about any and all you can think of!--and coaching tennis in Atlanta, Ga. Beyond the four major sports, I am an avid tennis fan and cover the ATP Tour on a daily basis. If I'm not busy writing, you can generally find me on a tennis court or traveling the world wherever a sporting event takes me.
@Dimonator133
Updated: 6:49 AM ET November 14, 2019

It’s not too early to look ahead to college football’s New Year’s Six lineup; not with the College Football Playoff’s second weekly rankings already out. Although it is clear that some of these matchups will not come to fruition after the remainder of the regular season plays out, it doesn’t make this exercise any less fun.

Let’s take a look at the current bowl-game lineup if the season ended now.

One College Football Playoff semifinal would be an all-SEC affair between top-ranked LSU and No. 4 Georgia. Of course, this matchup is actually going to take place in the SEC Championship—not in a bowl game. The only way it wouldn’t occur is if at least one of the two teams loses twice down the stretch. The Bulldogs have to play at Auburn this weekend (check out our college football predictions), but it is hard to see them losing their conference finale at home to Texas A&M. Both Georgia and LSU could both end up making it to the College Football Playoff if both teams sweep the rest of the regular season and then the Bulldogs hand the Tigers their first loss in the SEC Championship. But the committee would likely find a way to put two teams from the same conference in different semifinals. Chances are good that in such a scenario, LSU would go in as the No. 4 seed and Georgia wouldn’t be No. 1.

As it stands now with LSU facing Georgia, the committee would not make the top-ranked Tigers play that game in Atlanta. Thus the Tigers would be sent to the Fiesta Bowl, leaving No. 2 Ohio State vs. No. 3 Clemson in the Peach Bowl. And this is one that very well could happen, as the Tigers are almost certain to remain undefeated and the Buckeyes at least have a realistic chance of doing the same. OSU still has to navigate its way through Penn State, Michigan, and the Big Ten Championship. Although this matchup is likely if LSU, Ohio State, and Clemson all win out, chaos is still possible.

Rest of the New Year’s Six

Wake Forest? Seriously?!?! Despite a second loss to Virginia Tech last weekend, the Demon Deacons would go to the Orange Bowl—which gets the best available team from the ACC. With Clemson currently CFP bound, the Orange would have to settle for Wake. Yes, that’s just how bad the ACC is these days. Elsewhere; the Rose Bowl would get Pac-12 power Oregon and Big Ten upstart Minnesota; the Sugar Bowl would be a blueblood showdown between Alabama and Oklahoma; the Cotton Bowl would feature a less intriguing contest between Utah and Cincinnati.