The IndyCar drivers are tackling their third straight road course since the Indy 500 this week, having had 3 weeks to recharge their batteries since the Sonsio Grand Prix at Road America.

Indy hero Marcus Ericsson leads the standings after taking 2nd place in the last race for his 3rd podium finish of the season, with Will Power 2nd and Road America winner Josef Newgarden up to 3rd.

Saturday’s qualifying session has produced an interesting grid for the race, with a couple of fast drivers out of position further down the grid than they would have expected, but Pato O’Ward has the best starting spot on pole for the Arrow McLaren team. O’Ward is the +350 favorite with DraftKings Sportsbook for today’s race, which is being broadcast on NBC at 12:30pm ET.

Let’s take a look at some of the best bets and for the Honda Indy 200 at Mid-Ohio.

All odds taken from the DraftKings Sportsbook at time of publishing.

Best bets for the Honda Indy 200 at Mid-Ohio

Colton Herta has not had the season he was expecting this year after finishing 7th, 3rd and 5th in the last 3 seasons, but he has one win on his record this year from the road course at Indianapolis and has a solid chance of picking up a second victory this afternoon. Herta will start 3rd on the grid behind pole-sitter Pato O’Ward and Scott McLaughlin and has shown consistent pace this weekend to suggest he can stay in the fight for the race win. He was fastest of all in the second practice session, 3rd in his first qualifying group, 5th in round two and then 3rd in the Fast 6. He will feel like this course owes him a change of luck after pitstop problems cost him a chance of victory last year, finishing 13th having started 2nd on the grid.

Josef Newgarden should be fired up to improve from an unrepresentative 14th on the grid. He finished 7th in his first qualifying group after being held up by traffic problems having gone into the session as one of the favorites to take pole. Newgarden was fastest of all in Friday’s practice, and 3rd in practice 2. He has a liking for this track, though, having won there from pole last year and in 2017 and he should have the speed to make a bold move forward in the race.

Rookie David Malukas has a best finish of 11th (twice) in his first 8 IndyCar races, but he looks a lively outsider to make a breakthrough at Mid-Ohio this afternoon. He was mixing it with the big boys in practice and made it out of his qualifying group to take a solid 8th in the second round. At 40/1 he might not be a risk for the outright race win that everyone would want to take, but DraftKings’ odds of +900 for him to make the top 3 and certainly +400 for the top 5 are worth consideration at a track that seems to suit him. He took a pair of 3rd places there in the IndyLights series last season.

At Pickswise we offer free motorsport picks for Formula 1 , IndyCar and NASCAR including analysis and betting advice from expert handicappers. 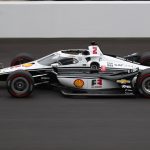 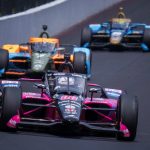 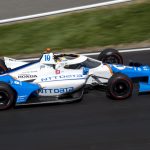