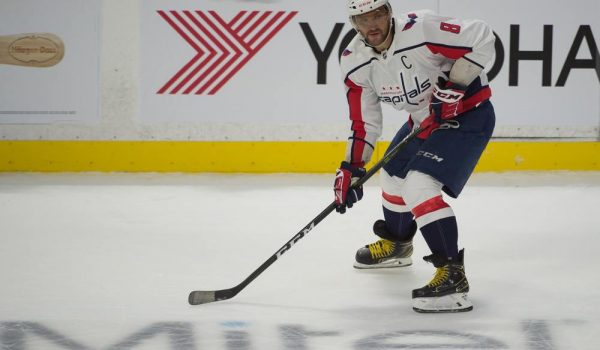 January's Top Three Stars of the Month in the NHL

The NHL has had plenty of top performers throughout the season to this point. The hockey season returns to full swing, after the All-Star break with everyone’s eyes on the playoffs (check our expert picks). The Washington Capitals, Edmonton Oilers and Tampa Bay Lightning are among the best teams in the NHL right now, and this month’s three starts have been a key part of their teams’ success. Let’s take a look at the top three Stars of the Month for January.

Alexander Ovechkin continues to climb the all-time NHL goals list, and his performance throughout January was elite. He not only led the league in goals with 13, but he was also top-five in assists for the month. He passed four Hall of Famers during January and is closing in on 700 goals in his career. He was also able to help keep the Capitals as the top team in the NHL for a second-straight month. Ovechkin starts February tied atop the league in goals this season with 37. He is three goals away from reaching a 40-goal season for an 11th-time in his career, which would put him only in the company of the league’s greatest player Wayne Gretzky.

Draisaitl has been one of the many stars from the Pacific Division this season. He led the NHL in January with nearly an average of two points per game. He has also scored six goals and added 11 assists this past month. He was also to move past teammate Connor McDavid for 1st in the league in points at 79. He also leads the Oilers with 29 goals on the season. Him paired with McDavid has been a strong two-player punch for Edmonton as they look to take the Pacific Division crown. In what was not the expectation for the season, the Oilers behind Draisaitl has become a legitimate threat this season.

The Tampa Bay Lightning had plenty of early-season struggles, but they are far from that now. January was outstanding for the Lightning and their goalie Andrei Vasilevskiy. Vasilevskiy was able to lead the NHL in wins (9), goals-against average (1.58) and a .948 save average. He was also able to have a strong record in his 10 games in January finishing with a 9-0-1 record. That was also a key in leading the league with 10 wins in the month of January to get the Lightning within five points of first place in the Atlantic. He leads the league in wins this season with 26 victories, after finishing last season with 39, which was also the most in the NHL.