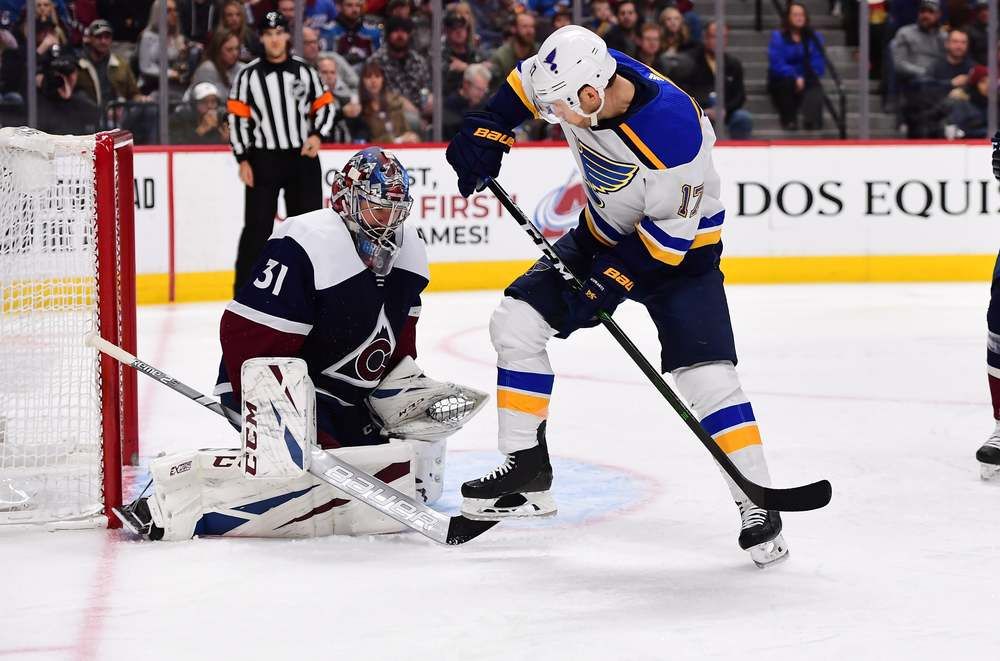 Only a few games remain before the NHL All-Star break, but teams all across the league have proven they belong among the best. Others have struggled, and then there are those who are just outside.  Teams like the Florida Panthers, Winnipeg Jets, Columbus Blue Jackets, and perhaps two of the biggest disappointments the Nashville Predators and San Jose Sharks.  Without any other wait, let’s take a look at the Pickswise NHL Power 16 Rankings.

The Blues were previously ranked fourth, but have built a strong resume, and the effort they are getting out of 20-year old forward Robert Thomas has them poised to repeat. St. Louis is on pace for a 116-points. The Blues belong among the favorites to win the Stanley Cup.

The Capitals were sitting first in previous rankings, but they still remain arguably the best team in the NHL. Alex Ovechkin continues to climb the all-time goals list. Washington is on pace for a 117-point season.

The Bruins have slipped up quite a bit in recent weeks and the schedule only gets tougher. Jake DeBrusk is quietly having a strong performance this season, with 14 goals and 13 assists. Boston is on pace for a 113-point season.

The Penguins looked like their season was on the brink when Sidney Crosby went out of the line-up. Yet they are right in the thick of the Metropolitan race, and Crosby is back and better than ever. Pittsburgh is on pace for a 112-point season.

The Lightning has really improved quickly, after an almost disastrous first two months of the season, Tampa has quickly moved to the second spot in the Atlantic. They are only six points back of Boston. Things could get interesting if the Bruins struggles continue. Tampa Bay is on pace for 107 points.

The Islanders aren’t out of the race by any means, but they could use some wins in the next month to try and improve their playoff spot. New York is on pace for a 109-point season.

The Stars are all over the Avalanche for the second spot in the Central Divison, both teams will likely not catch St. Louis, but the rest of the Central Divison will be a tight battle to the end. Dallas is on pace for 103 points.

Like the Stars, the Avalanche have a fight to the very end on their hands. They currently hold the second spot in the Central, but Dallas is only two points behind. Colorado is on pace for 100-points this season.

The fight is on for the fourth-place spot and likely wild card spot from the Metropolitan, as the race has heated up dramatically, with three teams all within a point of each other. The Hurricanes have slipped up a bit but still remain in the fight. Luckily they are on pace for 100 points.

The Pacific Divison is going to be an exciting battle to watch, as Vancouver holds a slight one-point margin over four other teams. Arizona is tied with Edmonton, Calgary, and Vegas at 57 points, and this division is far from being decided. The lead will likely change hands multiple times before all is said and done. The Coyotes are on pace for 95 points this season.

The Maple Leafs remain among the top four in the Atlantic even with firing Mike Babcock earlier this season. Toronto is sneaky, but they are only on pace for 98 points.

The Canucks hold the Pacific Divison lead, but only by one point, and they will likely trade places with the four teams right behind them. J.T. Miller has had a very strong season with 44 points in 47 games this season. Vancouver is on pace for 94 points.

The Golden Knights still find ways to keep themselves in the playoff hunt, even when it looks like they are down and out. They have dropped quite a bit in the rankings, but are within a point of the division lead. Vegas is on pace for just 90 points.

Another one of the Pacific Divison’s many contenders. That division might be the closest decided of all this season. The Flames are on pace for 94 points, so they might be in the right spot to make the playoffs.

Edmonton had the lead in the Pacific, but losses in recent games, have completely evaporated that slim lead. Luckily they are on pace for a 94-point season.

Philippe Myers is technically a rookie, and he has had a pretty solid season at that. Philadelphia has benefitted from it, reaching as high as third in the Metro, they currently sit tied for fourth, and only two points out of the third spot. The Flyers are on pace for 98 points.