HomeAnalysisCollege Football AnalysisJared Smith’s Back to the Futures: Finalizing our college football portfolio with 2 bets including a 5-unit win total

Jared Smith’s Back to the Futures: Finalizing our college football portfolio with 2 bets including a 5-unit win total 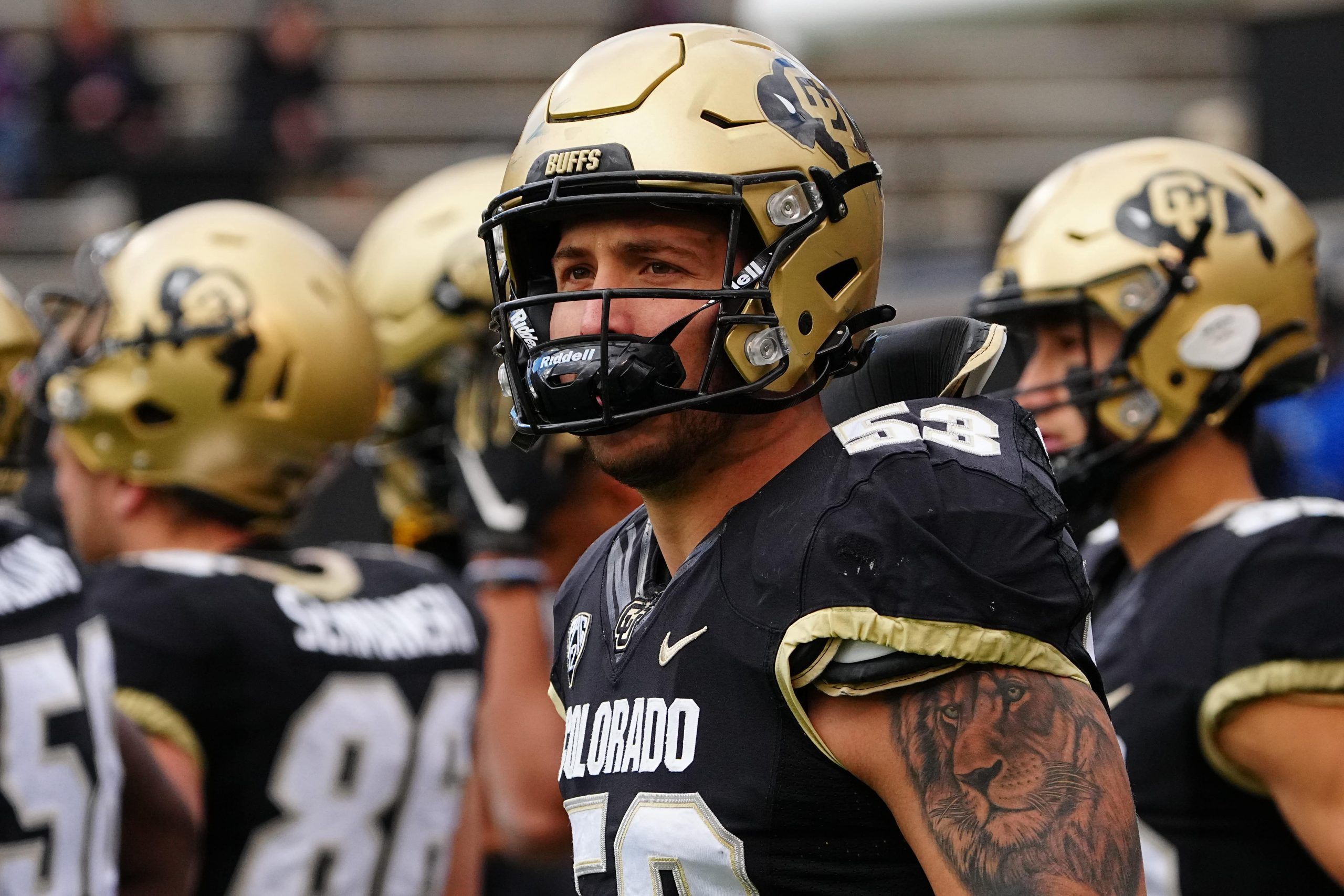 Jared Smith, a versatile host and analyst with over 10 years of experience in sports media and two decades as a sports bettor, has joined the Pickswise team as a lead betting analyst. Smith will serve as a full-time content creator, producing informative and engaging content every day across multiple platforms.
@JaredLeeSmith
Updated: 16:30 PM ET August 26, 2022

Meaningful college football returns this week and I couldn’t be more excited about the new season after a profitable 2021 campaign. I haven’t locked in any bets yet for Week 0, but I have been very active in the futures market over the last few days polishing off my preflop portfolio.

Last month I opened the vault up by making a 3-unit bet on Utah’s win total, which at the time I believed had the chance to be my biggest individual risk of the entire season (spoiler alert, it’s not). I also concocted a creative way to play both Alabama and Ohio State, who I believe are the best two teams in college football this season, and opened a small position (0.5 unit) on Jaxson Smith-Njigba to win the Heisman at +6000.

This month I added a few more win totals, one of them being a 5-unit risk which we will dive into below. I also increased my exposure to the Crimson Tide and Buckeyes with another creative parlay. For updates on my college football futures portfolio throughout the season, please refer to my betting spreadsheet.

My favorite win total of the college football season

Let’s start with the big boy. Now, this isn’t a get-rich-quick scheme laying all that juice, but I think it’s a real solid bet considering what the actual odds are that Colorado gets to 4 wins – which to me is less than 10%. That means I would probably feel comfortable playing this up to -400, but obviously for way less risk than 5 units.

Here's their schedule w/lines based on my power ratings.

“Colorado’s schedule is brutal,” added VSIN host and notable CFB expert Tim Murray. “11 Power 5 teams and one Group of 5 team. That one G5? At Air Force where the Buffs will be a two touchdown underdog. Colorado also got crushed in the portal losing a number of starters. Not sure how they get to four wins.”

Our pal Ralph Michaels, who does a fantastic job with his college football power ratings, says the Buffs will likely only be slightly favored once all season (vs Cal), and they will be at least a 6-point underdog in their remaining 11 games.

We’re taking our original conference title parlay one step further. I believe this strategy offers a little more value because it takes into account the full body of work for the entire regular season, and doesn’t fully rely on a one-game sample size in the conference championship.

When I ran this strategy by WynnBET Senior Trader Motoi Pearson, who is one of the sharpest college football minds in town, he endorsed the move, and offered some valuable insight on both teams heading into the season.

“We’re personally heavy on both the Crimson Tide and Buckeyes this year, respectively. Both teams should be easily favored in every game they play in. Ohio State has had a knack for dropping a game in conference play, but the Buckeyes get their toughest games at home. Alabama’s side of the division seems a bit weaker these days. Let’s get past the Aggies in Tuscaloosa and LSU on the road and they should be off free to win the division.”

The odds on this parlay make it hard to pass up with -150, implying a 60% win probability. That means there is value here if you see Alabama and Ohio State advancing to the conference championship game in at least 7 of 10 hypothetical scenarios. Frankly, I see this happening in more like 8 or 9 out of 10, as both teams are -300 or higher individually to win their respective division.

I discussed more details about this parlay and the Colorado win total along with other college football futures on a recent episode of “Let’s Bet It” which you can find here: