HomeAnalysisNFL AnalysisJared Smith’s “Back to the Futures” NFL odds analysis: Packers pull even with Chiefs as Super Bowl favorites

Jared Smith’s “Back to the Futures” NFL odds analysis: Packers pull even with Chiefs as Super Bowl favorites 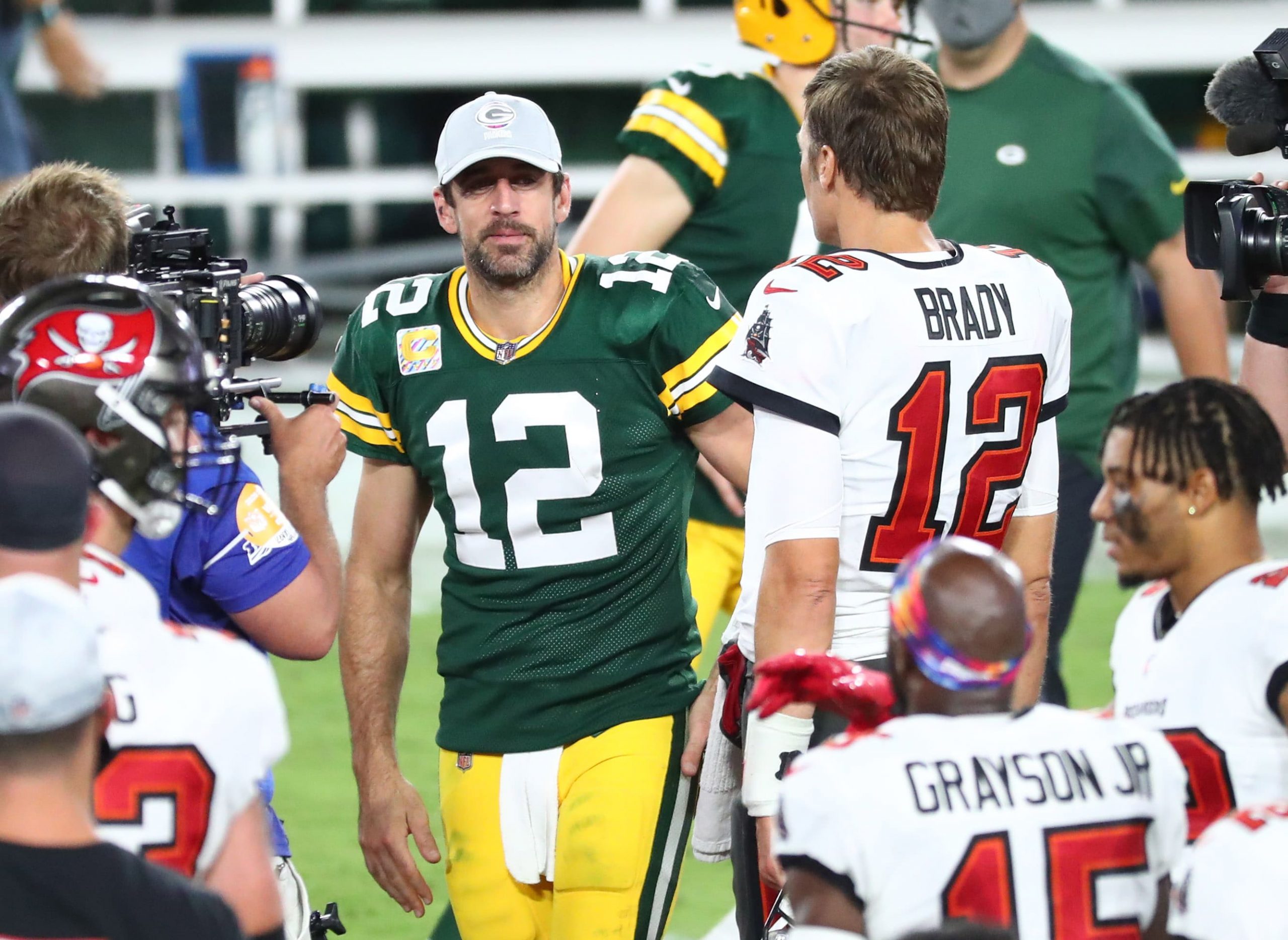 For the first time all season, the Pack find themselves on top of the pack. Green Bay’s win in Baltimore and subsequent loss by the Bucs to the Saints pushed the Packers to the top of most Super Bowl markets this week. At WynnBET, the Packers enter Week 16 tied with the Chiefs as Super Bowl favorites at +450.

“Even before the Tampa Bay loss, they were the best team in the league in my eyes,” opined WynnBET Trader Sawyer Johnson in regards to the Packers’ lofty market status. “They can attack you through the air, dominate you with their running game and have a suffocating defense.”

PointsBet is still shading slightly towards the Chiefs at +450, with the Packers as the second-favorite at +500 and the Bucs a solid 3rd at +600. Six more teams at PointsBet all have odds to win the Super Bowl at +2000 or shorter including the Colts, Cardinals, Cowboys, Rams and Bills.

“The NFL is very wide open with a ton of parity right now in the league,” said PointsBet Trading Analyst Michael Korn.

There truly is no dominant team in the NFL this season, which will certainly make for a fascinating playoff picture, and perhaps gives some hope to longshots further down the board.

What longshots can still win the Super Bowl?

At this point in the regular season, hunting for value in the Super Bowl market can be like trying to find water in the desert. There’s a very high hold percentage associated with futures betting, and the market gets more efficient as the season goes on. So with just three games left, there’s very few longshot opportunities available that haven’t already been priced in, and all the value has been sucked out of the favorites. So where can bettors turn?

“I think there may be some value on the 49ers at +3500,” Korn said. “They have been overshadowed in the division by the Cards and Rams this year but have quietly been playing well under the radar and should make the playoffs unless they choke down the stretch.”

San Francisco is a road favorite this Thursday night against San Francisco and currently has the inside track for a wild-card berth in the NFC. Meanwhile, the Titans slumping on offense without Derrick Henry, but oddsmakers are still keeping tabs on them down the stretch. 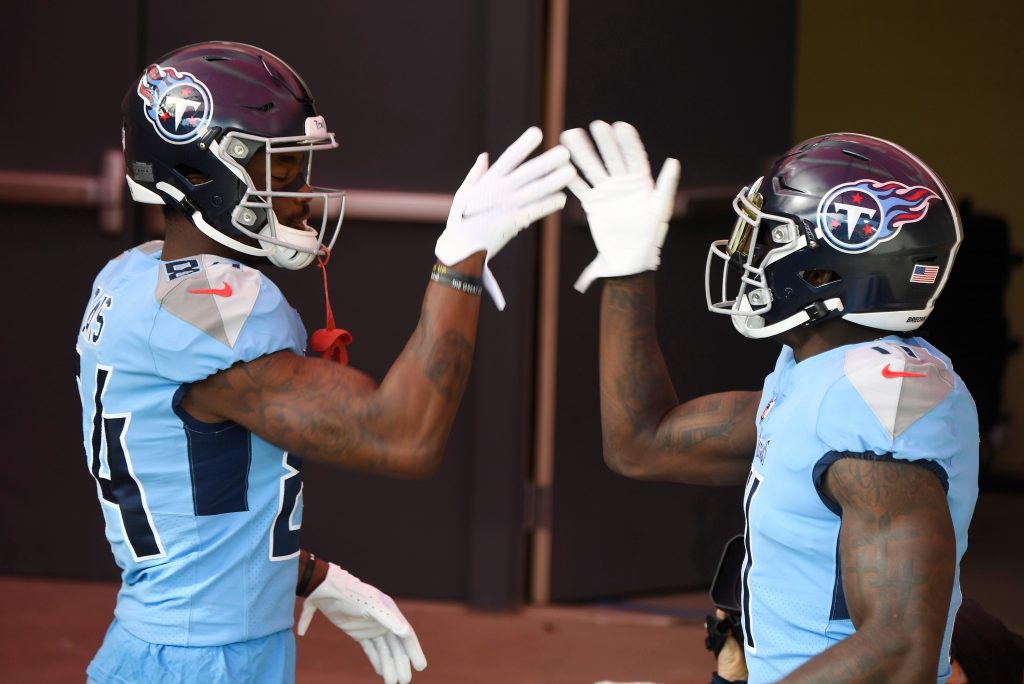 Tennessee is currently +2000 at WynnBET to win the Super Bowl and +900 to win the AFC. If you’ve been following this column all season, you know I already have some exposure to the Titans. My overall position is 1 unit at +875 to win the AFC. Taking that into consideration, I’m passing on Tennessee this week but will be opening a small position on the 49ers to win the NFC.

The Colts win over the Pats on Saturday made things very tight in this division, and cleared the path for Buffalo to control its path to AFC East title. If you read last week’s “Back to the Futures” column, you may already be holding a 1.2-unit ticket on the Bills to win the AFC East at +350, which is now down to +130 at PointsBet.

For bettors trying to open a new position on Buffalo this week, there’s still an opportunity to steal about 20 cents of value. Instead of betting Bills ML +110 against the Pats, you could consider betting their division future instead.

“It may make more sense to take the bigger number,” Korn added. “The Bills control their own destiny and if they get past New England, they finish off the season against the Falcons and then Jets.”

As discussed last week, this situation is a prime example of where late-season futures betting can offer immediate value after just one or two games. If Buffalo wins on Sunday, I’ll be able to either sell my +350 division ticket next week for a profit, or passively hedge over the final two games by fading the Bills on the moneyline as heavy favorites against the Falcons and Jets.

The league’s highest individual honor lacks a true frontrunner this season, which is evident by the lack of a favorite this week. The Bucs’ ugly loss to the Saints has allowed Aaron Rodgers to enter the conversation. Both Rodgers and Tom Brady shared the mantle this week as co-favorites, but neither have looked convincing, and oddsmakers believe there is still value on the board.

“Jonathan Taylor (+1200 at WynnBET) has been solid, but he didn’t start the year hot,” said Johnson. “A dark horse that I think still has an outside chance is Matthew Stafford (+1000 at WynnBET). He has been amazing in every game outside of their three-game skid. If he plays well on Tuesday, watch out.”

This is one market I’ve had zero exposure to all season, so I feel somewhat late to the party. But the case for Stafford is compelling. He leads the NFL in QBR, is 2nd in TDs behind Brady, and is on pace to play in all 17 games this season. If the Rams can get a little help from the Cardinals and win the NFC West title, that might seal the deal. Considering LA’s price to win the division is +175, a small play on Stafford at considerably longer odds makes sense.