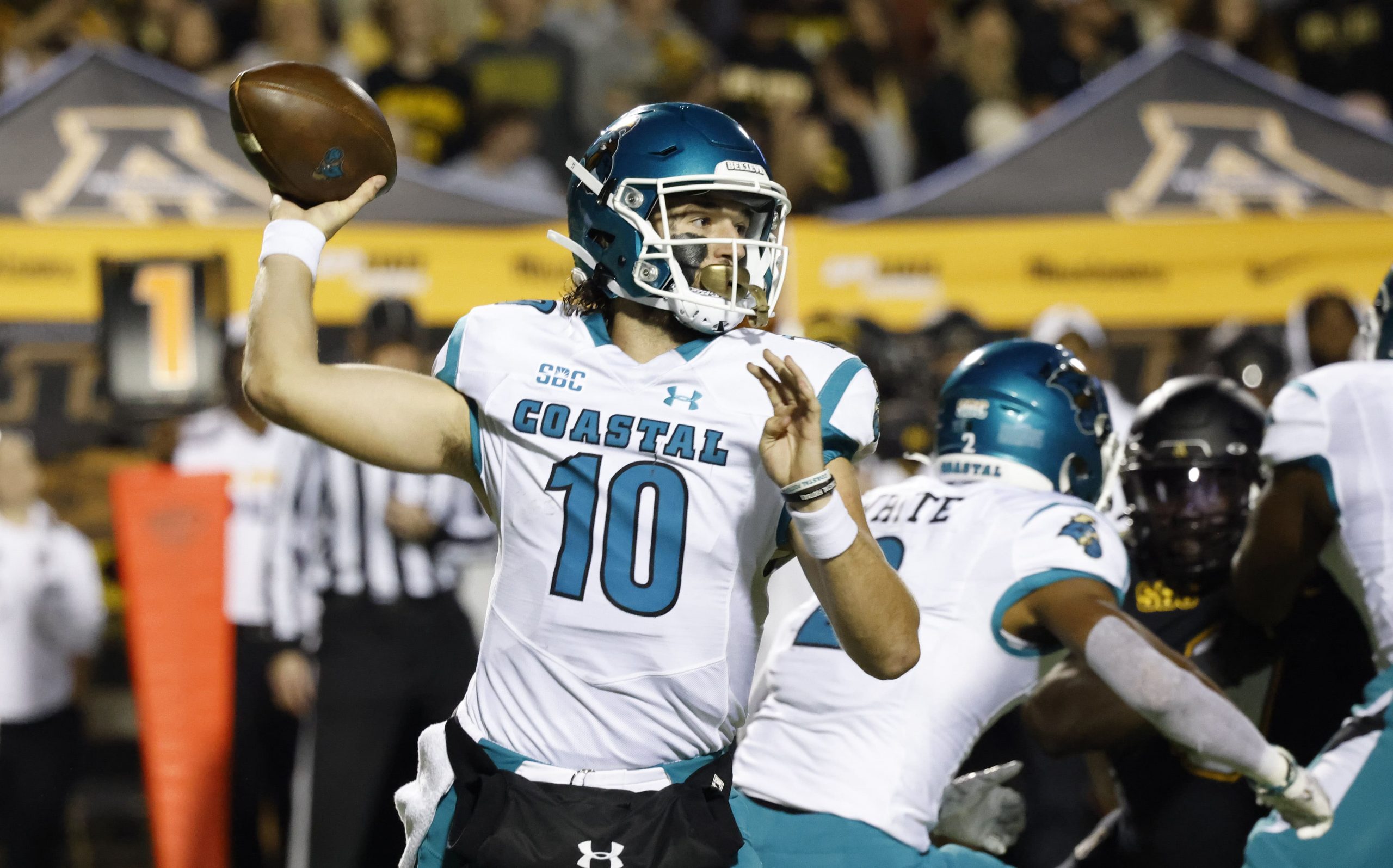 Bowl season is upon us, and it truly is the most wonderful time of the year for betting on college football. There are 44 games over a three-week stretch, culminating with the CFP National Championship game on January 10.

Bettors can expect a volatile market, with lots of line movement due to opt-outs and other unexpected changes. When handicapping bowl games, especially the early ones, the most important factor to consider is motivation, followed by location.

“Do teams enjoy going to Idaho or some random bowl in the Midwest? Especially over Christmas,” said Yahoo Sportsbook CFB Analyst Pam Maldonado.

A prime example of this is the Sun Bowl, which features a Miami team located almost 2,000 miles away from El Paso, Texas. The Hurricanes also just fired head coach Manny Diaz and immediately hired Mario Cristobol to replace him, potentially creating massive upheaval on the sidelines and in the locker room.

Meanwhile, Washington State just promoted interim head coach Jack Dickert to the permanent gig, a galvanizing moment for the program, and gives the Cougars a decisive edge in motivation for this game. If you read last week’s “Early Birds” column, you should already have 2 units invested in Washington State, spread across the spread and money line, my biggest play of bowl season thus far.

Besides spreads and totals, I also pay very close attention to the props market during bowl season. I believe the algorithms don’t fully factor in motivation when setting numbers, especially with quarterbacks. For example, keep an eye on Bailey Zappe in the Boca Raton Bowl. The WKU QB is trying to improve his draft stock after a record-breaking season with the Hilltoppers, and I would not be surprised if the coaches gave him every opportunity possible to showcase his impressive arm talent.

Bankroll management: You don’t have to bet on every game

You might feel the urge to make a pick for every bowl game, which is normal, but you wouldn’t bet every single game on a normal Saturday college football card, so similar rules should apply here. There are less risky ways to pick every game, like joining a bowl pool, or drastically decreasing your unit size (for me it’s a 0.25 unit) which still gives you some skin in the game but won’t chew up your bankroll if you go cold.

“Just because it’s a big game doesn’t mean you should be betting more,” said former oddsmaker Dave Sharapan. “If you had a successful season and you bet more than you are used to doing, you can blow your hard work.”

Just like the regular season, all of my bowl bets will start at a flat 1-unit play and I will only increase my risk when the opportunity calls for it.

WynnBET Senior Trader Motoi Pearson: “Be aware of opening lines, injuries and opt-outs. Treat these games as their own and don’t pay much attention to how these teams played weeks ago. It’s all different, and angles can play a key role.”

TwinSpires Trading Analyst Zachary Lucas: “Shop around for the best number. You’ll see books especially this time of the year hanging different lines. Also, motivation matters. Big school playing in a no-name bowl may not care as much as a school playing in their first bowl game in 5 seasons.

PointsBet Trading Analyst Michael Korn: “Make sure you’re checking on the rosters before getting down any money and waiting until closer to kickoff to bet. I know that may sound a bit elementary, but players will decline to play in bowl games for many different reasons, and you don’t want to get caught betting on a team with star players ending up being out.”

DraftKings Head of Trading Johnny Avello: “There are three things to consider when wagering on bowl games. First, select a team or teams that you are familiar with, wait until the day of the game to make sure all the key players of the team you are betting on are playing in the game, and check coaches’ overall records in previous bowl games, as some prepare better than others.”

Early bowl bets for this weekend

Coastal Carolina -10.5 vs. Northern Illinois: The Chanticleers will be hungry for their first-ever bowl victory against an NIU squad that is just happy to be in sunny Florida and not Boise, Idaho, which is where MAC runner-up Kent State was shipped to for the Potato Bowl. Huskies head coach Thomas Hammock is making his first bowl appearance, which is always a red flag for me. After springing an upset in the conference title game, I can’t see NIU keeping this one close.

Utah St vs. Oregon St – Over 66.5: The first-ever Jimmy Kimmel LA Bowl features two teams that should be highly motivated. Oregon State was picked next-to-last in the preseason Pac-12 media poll — and this game is being played in southern California, a hotbed for west coast recruiting. On the other side, Utah State gets a crack at a Power 5 conference opponent for just the second time this season and fifth time in the last four years.