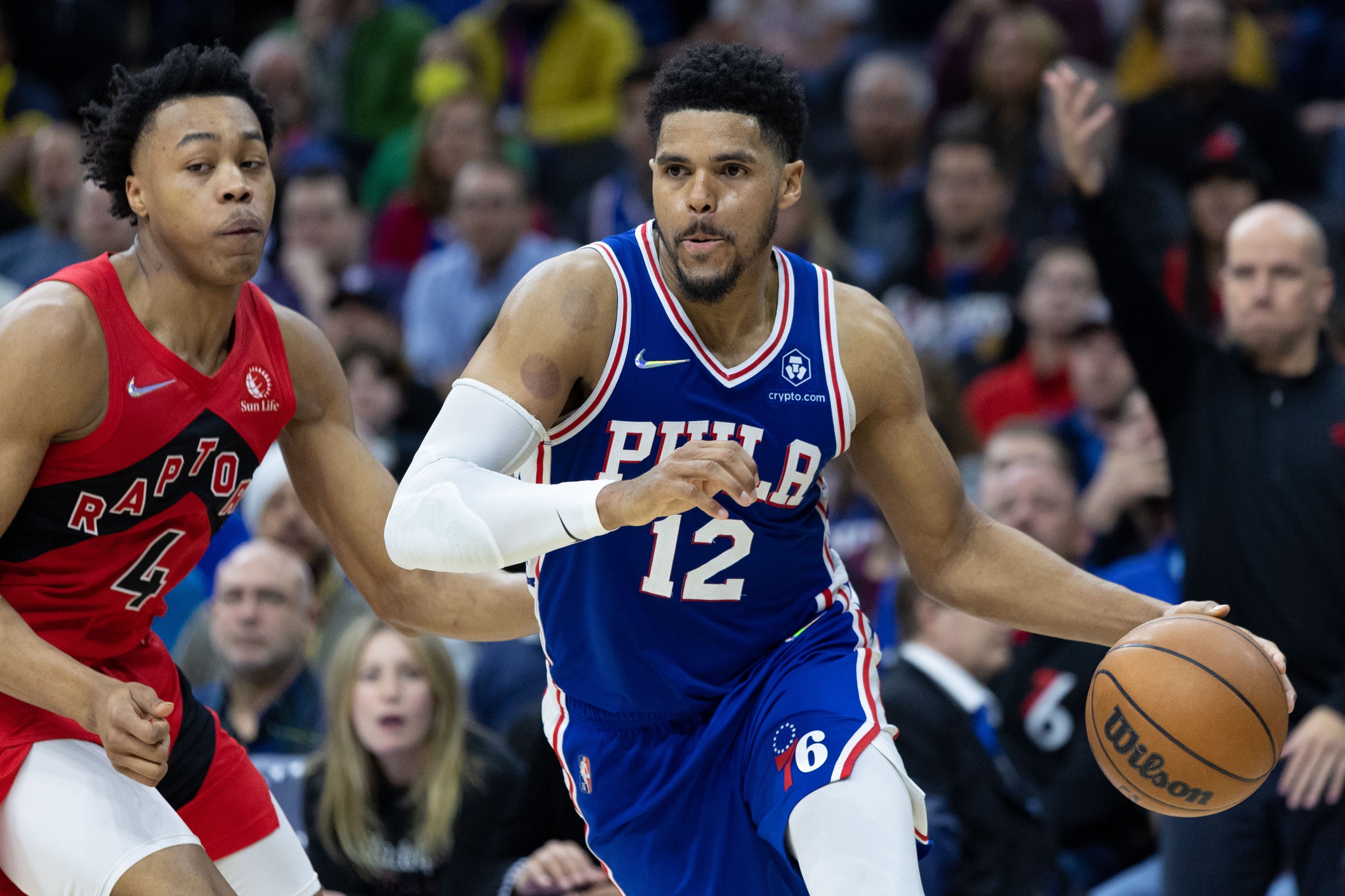 I pride myself in being as transparent as they come. My NBA record from last season and this season are listed in my bio alongside my MLB record. Without further ado, let’s dive into my favorite plays for Thursday.

Tobias Harris has been the Philadelphia 76ers’ best player in this first-round series against the Toronto Raptors. Joel Embiid is dealing with a significant thumb injury and James Harden has been struggling from the field while going up against OG Anunoby.

Harris recorded 3 straight double-doubles in Games 2-4, and reeled down 7 rebounds in Game 5. I believe a lot of this has to deal with Embiid not feeling comfortable attacking the glass and letting Harris secure long rebounds.

From an assist standpoint, Harris is averaging over 6 assist opportunities in this series, the same as his average during the regular season.

Harris has cashed this prop in all 5 games of this series and is averaging more than 40 minutes per game. With 2 great defensive teams, expect a low-scoring game and missed shots that Harris can feed off.

Check out our full preview for 76ers vs Raptors

Line available at BetMGM Sports at time of publishing.

I have been all over Reggie Bullock’s props this series: his points, 3-point props, and now points, rebounds and assists.

Bullock had one of his worst shooting performances in Game 5. He shot 3 for 9 from the 3-point line which included wide-open misses that he usually makes. With 5 minutes left, Bullock was ejected alongside Hassan Whiteside. It resulted in Bullock playing only 31 minutes, but still eclipsing this line, as he has in every game of this series.

Expect a full workload from Bullock tonight as he is one of the best perimeter defenders in the league. In the 16 games this season that Bullock has played over 35 minutes, he has gone over this line 11 times and averaged 20.8 points, rebounds and assists.

Check out our full preview for Mavericks vs Jazz

Herb Jones was a second-round steal for the New Orleans Pelicans in the 2021 draft. He is turning heads with his defensive ability and takes it upon himself to defend the opposing teams’ best perimeter player.

Jones has been playing upwards of 37 minutes this series and has gone over this line in 3 of the 5 games. Jones continues to get open looks with Brandon Ingram and CJ McCollum splitting point-guard duties and has looked aggressive getting to the basket, especially in Game 4, when he shot 8 free-throws.

Deandre Ayton has been more assertive on the offensive end, which is pulling Jonas Valanciunas away from the basket resulting in Jones pulling down more rebounds. Head coach Willie Green tends to run a small-ball lineup and Jones would be plugged into the power-forward position alongside Larry Nance Jr. in the center spot.

Jones has exceeded this line in 24 of his last 30 games in which he has played at least 32 minutes. I fully expect Jones to be a difference-maker in tonight’s elimination game.

Check out our full preview for Pelicans vs Suns