Las Vegas Raiders: What will their 2020 record be? 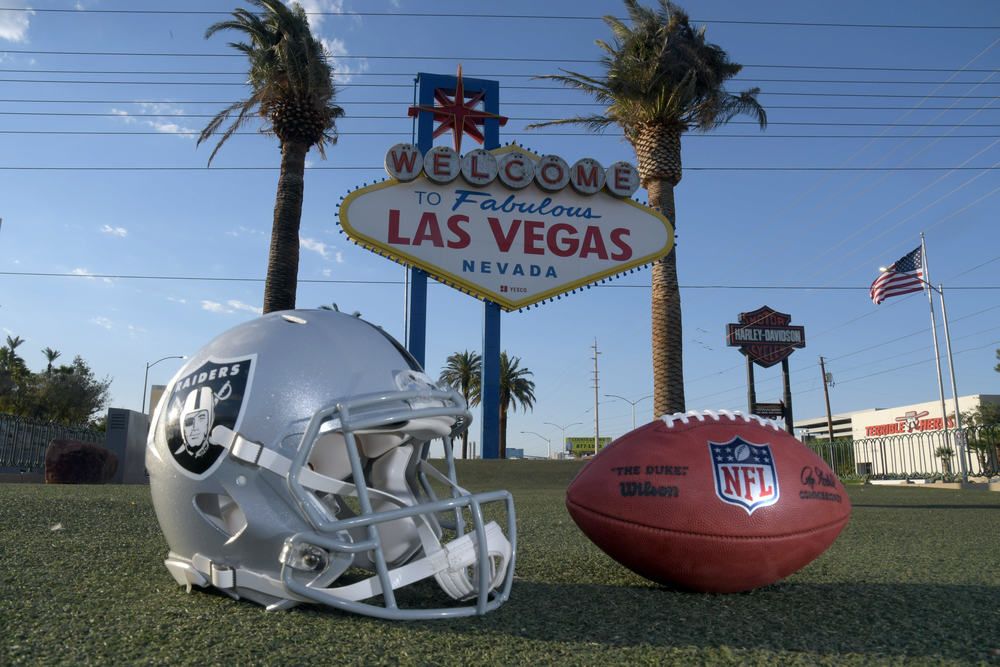 For the first time in franchise history, the Raiders are now the Las Vegas Raiders. The biggest question for the new franchise is, Can the Raiders be able to handle the spotlight shined in the sin city? At the moment this upcoming season might be too much for them as they will have either QB Derek Carr or Marcus Mariota lead the team. However, could the Vegas Raiders start with a championship run?

Let’s see if the Raiders can be the main show in Vegas, as Pickswise takes a look at each game-by-game and predicts the outcome for the Las Vegas Raiders this upcoming season.

Las Vegas opens up the season with a very winnable game. Even though the Panthers added on QB Teddy Bridgewater, they are a very one-note team that could be beaten by a well rounded average Raiders team. Win

The Raiders showcase their new stadium for the first time on Monday night football against the New Orleans Saints. That will only be the good result coming from this game for the Raiders. Loss

New England might have Bill Belichick still, but they are without Tom Brady. Raiders win in a dramatic comeback win. Win

Will the Raiders finally win in front of their new Las Vegas fans? Short answer: No Loss

In a very odd fashion, the Raiders are undefeated on the road and quite the opposite at home. Does this mean they can continue the streak against the defending Champions? Absolute not.  Loss

Upsets happen in football and it might happen in week seven for the Las Vegas Raiders. Plenty of time to prepare for the HOF Tom Brady as the Raiders unleash a new look for Vegas. Win

Even though I love the matchup here for running back Josh Jacobs against the Raiders, I’m not sure I can trust the Raiders secondary on back to back weeks. Loss

Speaking of secondaries, the Raiders head onto the road to take on the Los Angeles Chargers. One of the most underrated secondaries in the league will showcase why they can shut down anyone. Loss

Everybody is talking about how QB Drew Lock will take over the AFC West. Luckily, QB Derek Carr gets one last laugh before he ages out. Win

If getting blown out by the Chiefs on the road was not easy to watch, just wait until the Chiefs bring Kansas City into Las Vegas. Loss

A huge matchup for both teams as week 12 could decide which way the momentum will swing. Atlanta loves to stay hot near the year with Matt Ryan and Julio Jones and will do so here. Loss

Facing a three-game losing streak, the Raiders buckle up and get an ugly win on the road against the Jets. Win

A pivotal game here as the Raiders run into a very familiar face. QB Philip Rivers will still own the Raiders though.  Loss

A short week for the Oakland Raiders as they run into the Chargers one more time before the season evens. Luckily for the Raiders, they are staying home and should be prepared. Win

Tua will be entering sin city for the first time this season but will be walking out without a win as Oakland has too much firepower compared to the Dolphins.  Win

QB Derek Carr got the first laugh, but the last laugh always hurts the most as Oakland losses its final regular season on the road. Loss

Taking an early look at the 2020 Las Vegas Raiders season, I have them finishing with a 7-9 record. In 2019 they finished with a 7-9 record and finished third in the division. In 2020 I expect pretty much the same outcome as the season before.