HomeAnalysisNFL AnalysisSuper Bowl LVI AnalysisLooking ahead to Super Bowl 57: Who could be next year’s Cincinnati Bengals?

Looking ahead to Super Bowl 57: Who could be next year’s Cincinnati Bengals? 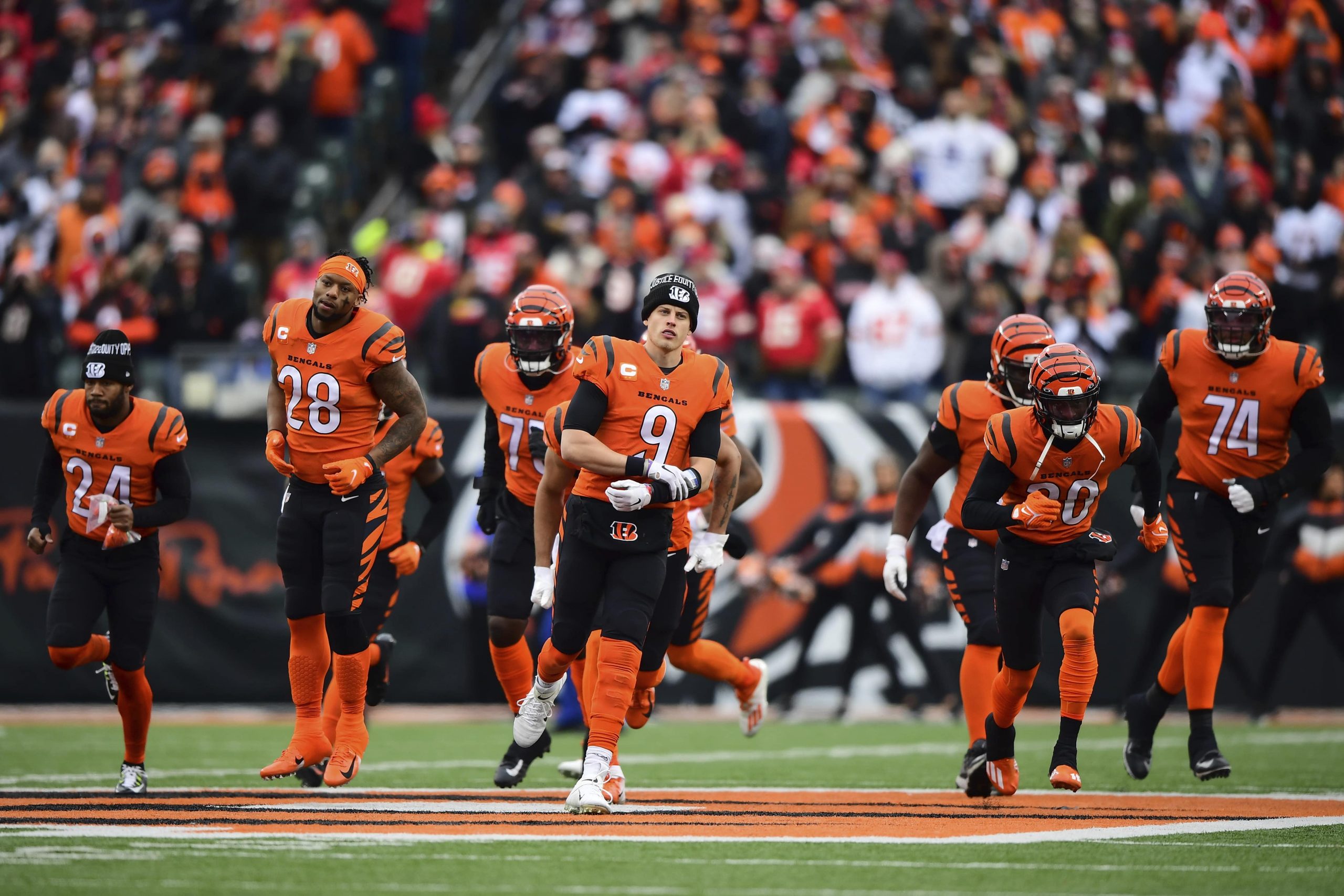 The Cincinnati Bengals could not quite lift the Lombardi Trophy on Sunday, as they fell to the Los Angeles Rams 23-20 in a dramatic Super Bowl LVI. Nonetheless, the Bengals’ improbable run through the AFC and ensuing appearance on the biggest stage in sports should give hope to all other teams who head into their seasons with low expectations.

And now that the 2021 NFL campaign has come and gone, it’s not too early to start thinking about what may be in store for the next one. Let’s take a look at odds for Super Bowl LVII and then discuss some of the underdogs who could be the 2022 version of the 2021 Cincinnati Bengals.

Read our Super Bowl 57 odds breakdown plus a couple of early best bets for next year!

The Bengals were 120/1 to win the Super Bowl heading into this past season. To be clear, I’m not about to give any team with those odds any chance of winning or even making it to the next Super Bowl—not the Jaguars; not the Jets; not the Texans. Those teams are not going to win the AFC title in 2023.

But there are some relative longshots worth looking at, and one is Miami. The Dolphins went 8-1 in their 9 games to finish the season above .500 at 9-8 after starting it at 1-7. Brian Flores’ firing and the ensuing fallout probably doesn’t help matters, but this team already boasts a stout defense and perhaps new head coach and former San Francisco offensive coordinator Mike McDaniel can turn things around in the points-scoring department with Tua Tagovailoa at the helm. The AFC is formidable and Buffalo may be tough to beat in the East, but Miami is a team that isn’t too far away from making a big leap.

Nothing is more important in the NFL than the quarterback position — just ask the Rams. Chicago has its QB of the future in Justin Fields, and as of next season, he will be the QB of the present. The former Ohio State standout had to platoon with Andy Dalton in 2021, but the reins should be his in 2022 and the proverbial sophomore year could be a big one.

Like the Dolphins, the Bears have also changed head coaches. Matt Nagy is out and Indianapolis defensive coordinator Matt Eberflus has taken over. Chicago’s defense wasn’t the problem in the first place, but if Fields can rejuvenate the offense in year 2 then this team could be all-around dangerous. I know the Rams just won the Super Bowl, but the NFC is the weaker conference. If Aaron Rodgers leaves Green Bay, the NFC North would be an especially weak division. No matter a team’s record, winning a division and getting a home game in the playoffs is the first step toward a Super Bowl.


Pickswise is the home of NFL Picks. Be sure to check out all of our post-Super Bowl offseason coverage as we gear up for the 2022 campaign.