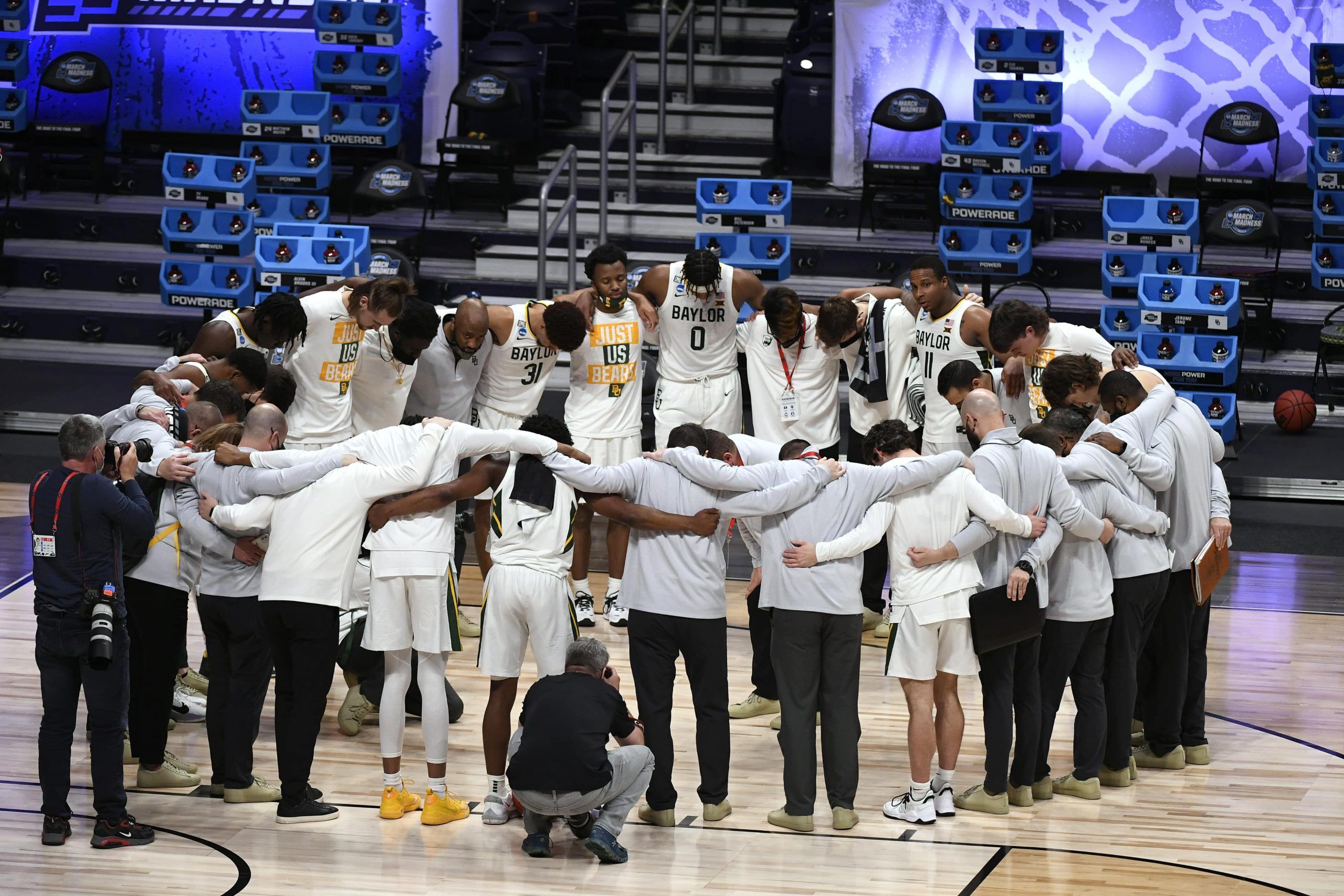 The Elite Eight certainly didn’t disappoint, and we’re now full steam ahead into the Final Four. That’s right, we’re back for the final weekend of March Madness, where we’re counting on a lopsided Baylor victory. The NCAA Tournament only comes once a year, why not celebrate the special occasion by going for a big payday?

I don’t think this game is going to be particularly close. You’ve got to feel happy for Kelvin Sampson for getting Houston to the Final Four, but they’ve caught a lot of breaks along the way. How often does a team get to the Final Four without ever having to play a single-digit seed? The Cougars just got lucky to play Syracuse in the Sweet 16 and then Oregon State in the Elite Eight. The best team they’ve played all tournament has probably been Rutgers, and it took a complete meltdown and choke in the final minute just for them to squeak past the tenth-seeded Scarlet Knights.

Baylor on the other hand has looked very impressive, completely smothering Arkansas, Villanova, and Wisconsin in their past three games. They won each of those games by at least nine points, and I don’t see why this one will be any different. Houston relies heavily on their defense, and they’ve been able to bully teams so far that are inferior athletically. That certainly won’t be the case against Baylor, and the Cougars are going to need to score consistently to keep up. So far, they haven’t shown the ability to do that.

Be sure to check out our full game preview for Houston Cougars vs. Baylor Bears.

I think there’s a good chance this game is a lot lower scoring than people think. The under went 9-3 across all Sweet 16 and Elite Eight games, which I think is a pretty clear indicator that it gets harder to score as the stakes get higher. UCLA knows they aren’t going to win a shootout against Gonzaga, so I think head coach Mick Cronin is going to try to play slower than ever and make this as low a possession game as possible to increase variance.

In UCLA’s Elite Eight victory over Michigan, the final score was 51-49. Gonzaga obviously has a historic offense, but if there’s any team that can slow them down just a bit it’s UCLA with the intensity they’ve been playing with. Gonzaga’s defense also hasn’t been given enough credit, as they only gave up 65 and 66 points in their last two games against really good Creighton and USC offenses respectively. UCLA plays at a much slower pace than either of those teams do, so I think there’s a good chance they get held below 60 here.

Be sure to check out our full game preview for UCLA Bruins vs. Gonzaga Bulldogs.