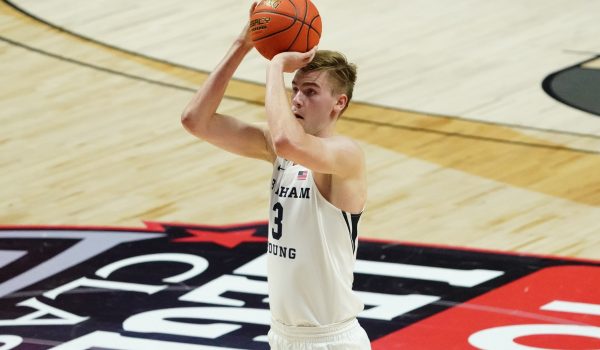 The 2021 NCAA Tournament is officially underway, and after a jam-packed first day of the Round of 64 we’re ready for more. The action will continue with another 16 games on Saturday, and we can’t wait. Check out our March Madness hub to stay on top of everything that goes on. Also, be sure to check out our picks on the side and total for every single game in the tournament.

But right now, we’re talking about our absolute favorite plays for the second day of the Round of 64. Let’s dive into our best bets:

In the early window, we think St. Bonaventure has value in this 8/9 matchup against LSU. The Tigers are coming from the bigger conference sure, but they aren’t set up well for a run in this tournament. Their leading scorer Cameron Thomas is a freshman, and their second-leading scorer Trendon Watford is a sophomore. Relying on two underclassmen with very little big game experience isn’t a recipe for a whole lot of success in March Madness.

Everybody saw LSU get to the SEC Tournament finals and then play Alabama close in it, which has caused their market perception to get a bit inflated. The Bonnies are being severely underrated, and they only lost four games this season. Three of those losses were by six points or fewer.

Check out our full game preview for St. Bonaventure vs. LSU for a complete breakdown, and our pick on the total.

Not only will UCSB cover this spread, I think they’re the 12 seed with the best chance of pulling off the upset in this year’s tournament. 12/5 games are always exciting, and this one should come down to the wire. The Gauchos dominated the Big West this season, and they aren’t your typical Big West team. This squad is loaded with players who transferred in from high major schools, including guard JaQuori McLaughlin who previously played well at Oregon State in the PAC 12.

McLaughlin just won Big West player of the year, and is a senior. This team is loaded with experience, and they’ve won 18 of their last 19 games. Creighton just got smoked by 25 by Georgetown, and their offense is overrated. In each of their last two games now, they’ve been held below 60 points. UCSB also has a dynamic big man in junior Amadou Sow, so they’ve got all the makings of a mid-major team that could make a run.

Check out our full game preview for UCSB vs. Creighton for a complete breakdown, and our pick on the spread.

UCLA picked up a thrilling win in overtime against Michigan State in the First Four, but I don’t think they’ll be as lucky here. It was yet another skin of their teeth win for the Bruins, who at one point had eight of nine wins come by six points or fewer. That obviously wasn’t sustainable, and it’s why they lost four games in a row to close out the season.

They shot 50 percent from beyond the arc, and still needed overtime to beat the Spartans. Assuming they cool off a bit from three, I think they are going to lose handily. BYU hasn’t lost to a team that wasn’t Gonzaga (the best team in the country), since January. When they played Gonzaga in the WCC Championship they lost (understandably), but still covered the spread. Senior guard Alex Barcello is on fire, and is 12/20 from downtown over his last four games.

Check out our full game preview for North Carolina vs. Wisconsin for a complete breakdown, and our pick on the total.