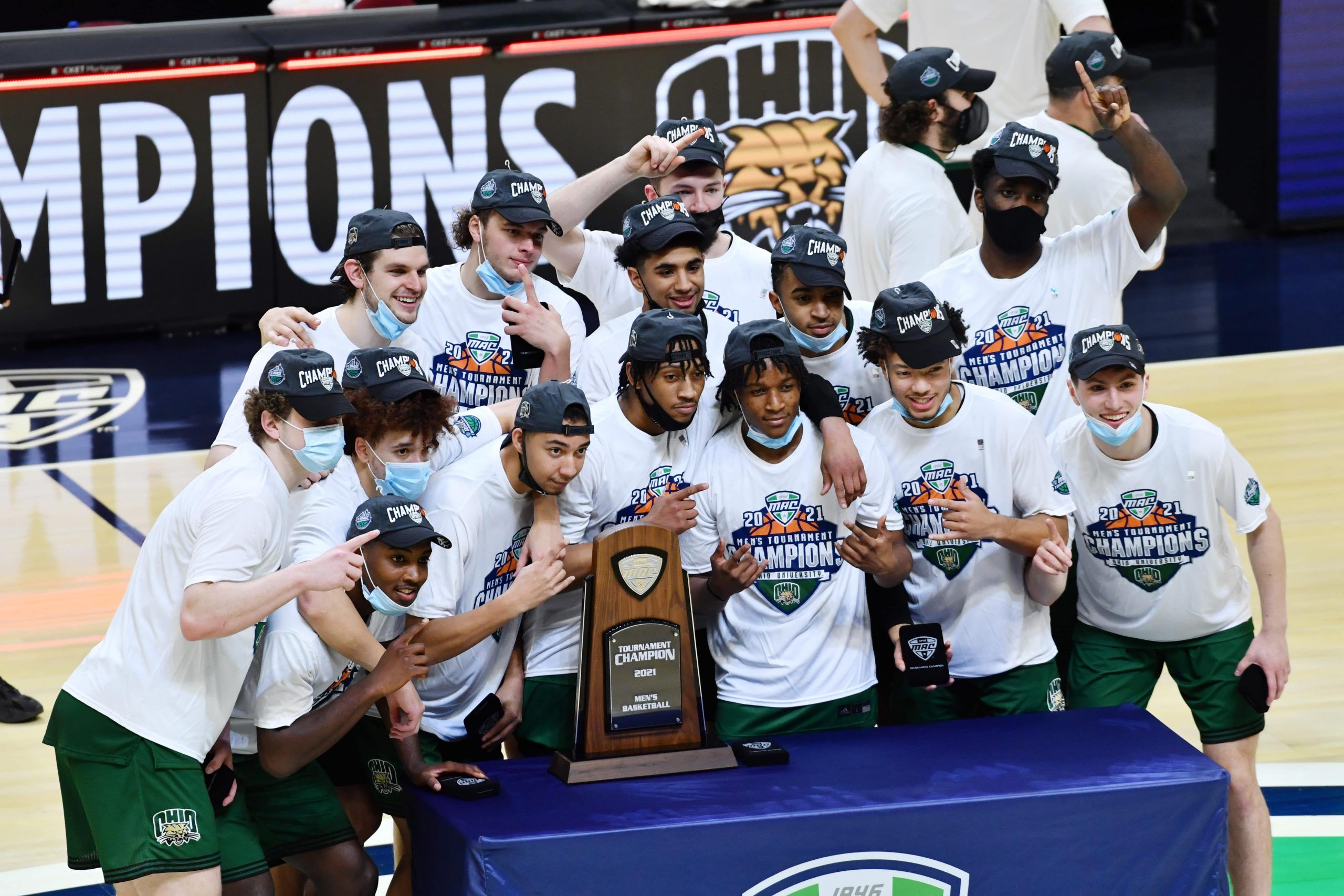 Day one of the first round is in the books, and we’re on to the second day. These three underdogs are worthy of consideration to bet against the spread, or perhaps even on the money line if you are feeling a bit riskier.

As mentioned yesterday, it’s worth noting that some of these picks contradict what has been selected in our full game previews. Those previews were written by other college basketball handicappers, and this is simply my opinion of three underdogs that can cause an upset. With that said, it’s still worth checking out our picks for every single NCAA Tournament game on the side and total, and to also head over to our March Madness hub to make sure you’re as informed as possible before placing any bets.

Virginia was labeled as a vulnerable favorite in a prior article based on their COVID concerns, but this section will discuss Ohio in more depth, as they are very live as an underdog. Ohio is a team that ranks 30th in adjusted offensive efficiency, and they are built to beat Virginia’s pack-line defense. The Bobcats are led by Jason Preston, who is an NBA-level player. Preston ranks 10th nationally in assist rate, so not only does he score for himself, he puts his teammates in positions to succeed. Ohio ranks 56th in three-point percentage, which is crucial to beating Virginia. The precedence is also there for Ohio, as they nearly won at Illinois at the beginning of the year. Preston went for 31 points on 13/23 shooting and tallied eight assists as well. Illinois is unquestionably better than Virginia, so we should not be surprised if Ohio wins this game. I personally took Ohio against the spread, and sprinkled a bit on their money line as well.

Be sure to check out our full game preview for Virginia Cavaliers vs. Ohio Bobcats.

Be sure to check out our full game preview for St. Bonaventure Bonnies vs. LSU Tigers.

Grand Canyon is another 15 seed that may at least make their opponent work in the first round. They draw Iowa, and while it’s unlikely they will win outright, they have some aspects of their team that makes them worthy of a bet against the spread. Iowa obviously is one of the best offenses in the country, led by Luka Garza. Garza excels in the post, where he is virtually un-guardable. However, if there’s one 15 seed that is capable of at least giving him a challenge, it’s Grand Canyon.

Grand Canyon has the size, specifically with 7’3” Asbjorn Midtgaard, to at least make Garza work for every bucket. The Antelopes rank 15th in the country in field goal defense at the rim, so this won’t be a walk in the park for Garza. They’re also the 15th-best defensive rebounding team in the country, which could limit Iowa’s ability to get second-chance opportunities.

On the other end, Grand Canyon is also a very post-centric offense. The Antelopes rank 45th in the country in shots taken at the rim, so they will make Garza defend on the other end, perhaps even getting him in foul trouble. Even given the matchup, it’s unlikely Grand Canyon will emerge victorious, but Grand Canyon would be worthy of a bet with the points for me.

Be sure to check out our full game preview for Grand Canyon Antelopes vs. Iowa Hawkeyes.

Make sure you also check out our top three most vulnerable favorites for day two of March Madness!