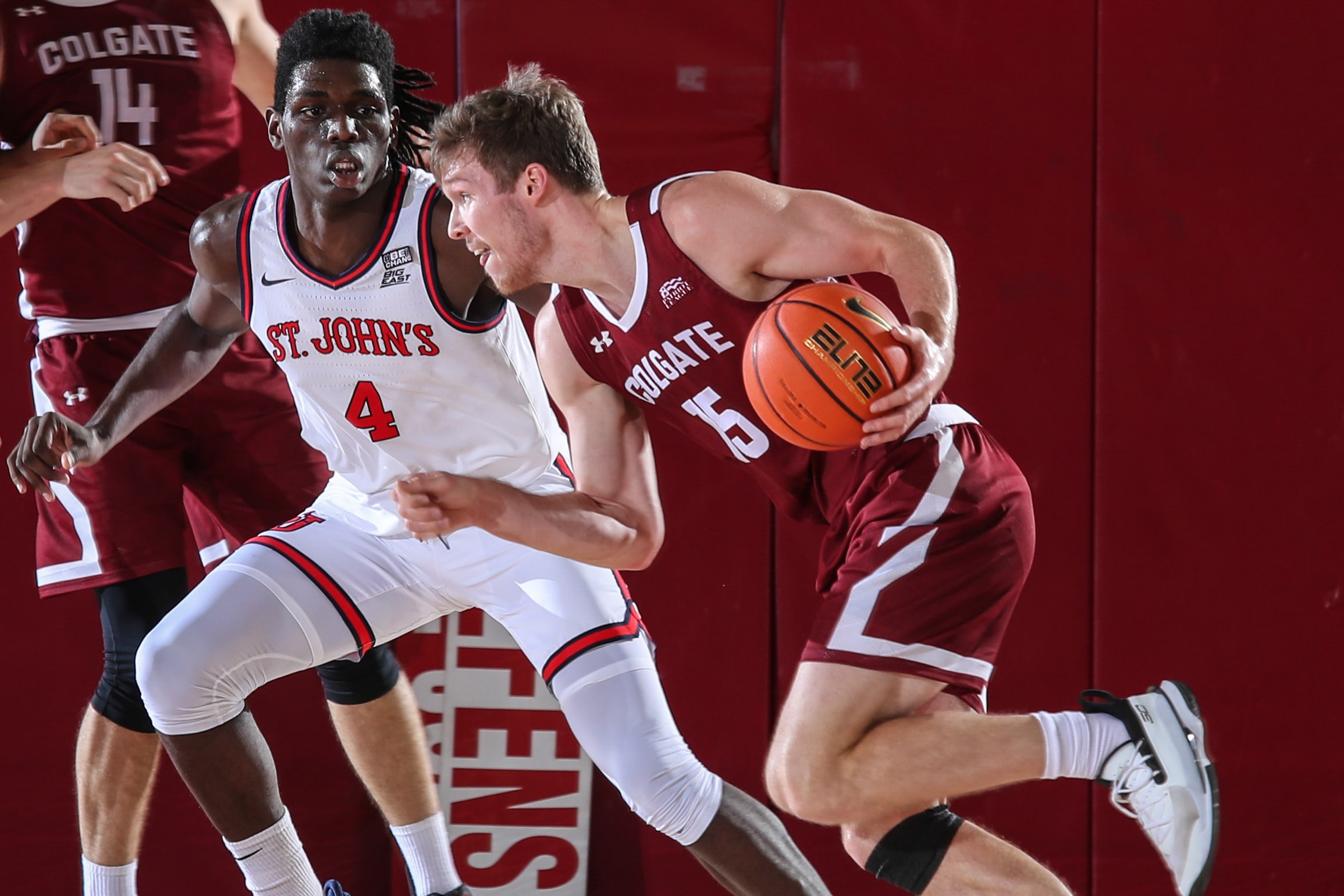 It’s the second day of the first round of March Madness, with 16 more games to bet on. From 12:15 pm ET until after midnight there will be non-stop action, giving us plenty of options to include in our daily mega parlay. Let’s dive in.

Purdue should be able to score at will on a Yale team that simply cannot match up with their size. Purdue is the third-ranked offense in KenPom’s efficiency metrics and while Yale had the best defense in the Ivy League this season, they will likely be overmatched in the paint. Purdue has Zach Edey and Trevion Williams that stand 7-4 and 6-10 respectively, while Yale’s tallest player is EJ Jarvis at 6-8. Purdue plays through the post at the second-highest rate in the country per Synergy, while Yale ranks just 260th in field goal percentage defense at the rim.

We’ve seen Yale struggle against elite competition this year, as they lost games to Seton Hall by 36, Auburn by 22, and Saint Mary’s by 27. Purdue will surely be able to do the same. On the other end, Purdue’s defense is very concerning for them to make a deep run in the tournament, but Yale’s offense is likely not good enough to expose their flaws. The Bulldogs rank just 203rd in KenPom’s adjusted offensive efficiency and are highly leveraged on the performance of Azar Swain. Swain erupted for 23 points in the Ivy Championship game, but he has struggled when faced with tougher opponents. Per KenPom Swain’s offensive rating overall is 103.0 but drops to just 84.5 against Tier A (Top-50) opponents. Expect to see Purdue win this one in blowout fashion.

Taking the Raiders on the money line is the riskiest part of the parlay, but there’s a chance that they can pull off the upset win. We’ve seen Colgate perform extremely well in the NCAA Tournament in recent years, as they led #2 seed Tennessee with 11 minutes to play in 2019 and led by 14 in the first half against #3 seed Arkansas last year. They lost both games, but potentially the third time is the charm. Colgate is an elite shooting team that shoots three-pointers at a top-100 rate in the country and they have the second-highest three-point percentage in the country. Wisconsin has just six double-digit wins this season, so if they let Colgate hang around and the Raiders are hot from beyond the arc, they could win the game outright.

Be sure to check out our free picks on the side and total for every NCAA Tournament game!

This game should be a brawl, as both defenses are significantly better than the offenses. TCU ranks 24th in KenPom’s adjusted defensive efficiency and Seton Hall is not far behind at 26th. The offenses rank 75th and 80th respectively and each have major weaknesses on that end. For Seton Hall, the issue is shot creation. With Bryce Aiken out for the season, Seton Hall’s offense lacks a true offensive creator that can create shots for others. Per HoopLens, Seton Hall’s offense scored 1.06 points per possession when Aiken was on the floor, compared to just 0.99 when he was not.

TCU has a few weaknesses on the offensive end, both of which work in the favor of the under. The first is their turnover problem. The Horned Frogs rank 336th in offensive turnover rate, so we should expect to see a lot of their offensive possessions end without a shot even being attempted. Their other weakness is simply shooting the basketball. TCU ranks 320th in three-point percentage and 324th in free-throw percentage. This is a particular matchup in which their lack of outside shooting will really hurt them, as Seton Hall’s defense is excellent on the interior. Per Hoop-Math, Seton Hall allows the second-lowest field goal percentage on shots at the rim in the entire country. It won’t be easy for either team to score in this game, making the under a great bet.