Pickswise is the home of the best March Madness betting advice and analysis. We have all of the latest news, trends, and betting updates throughout the duration of March Madness. Be sure to also head over to our March Madness Predictions page for game previews from Pickswise’s expert handicappers. 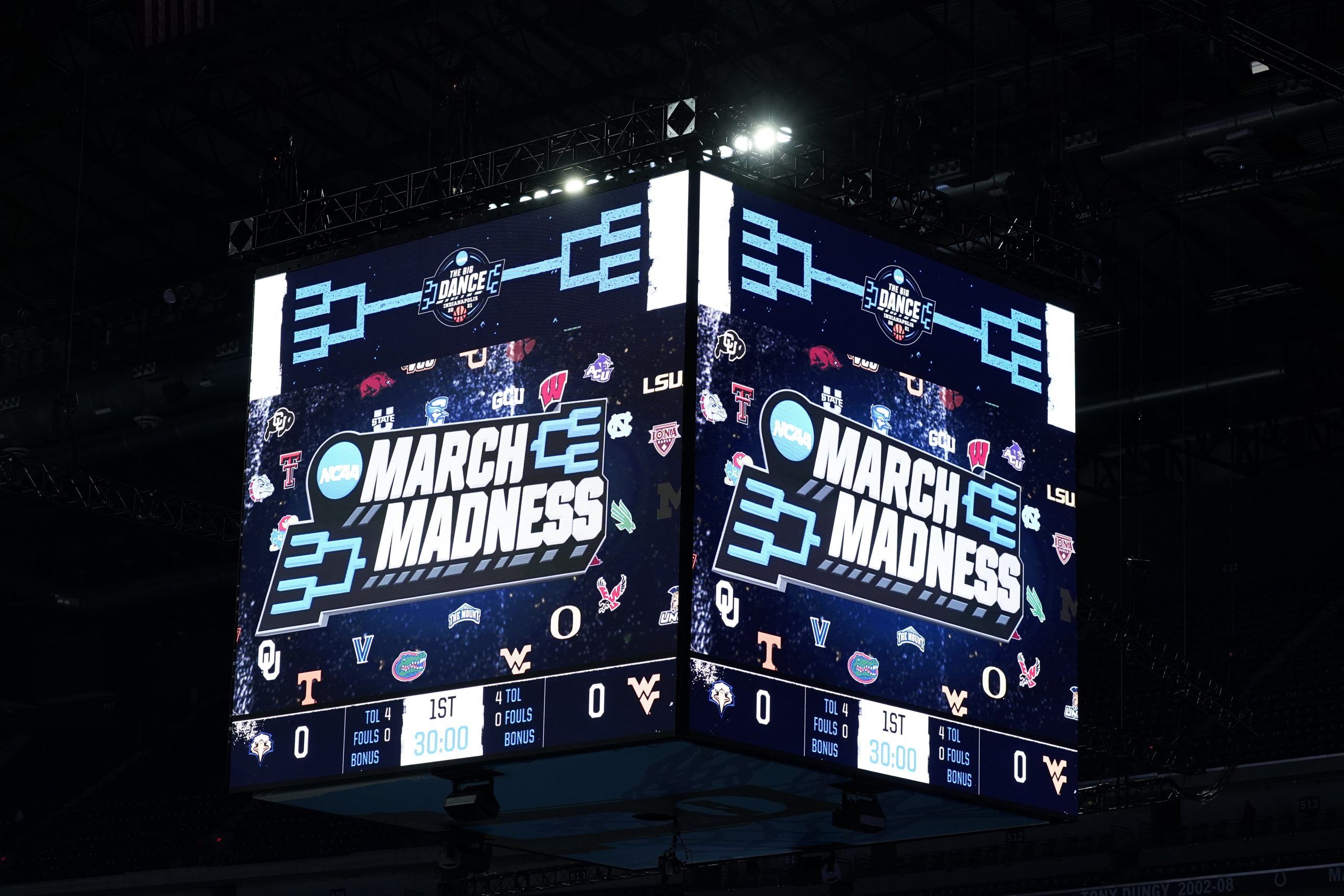 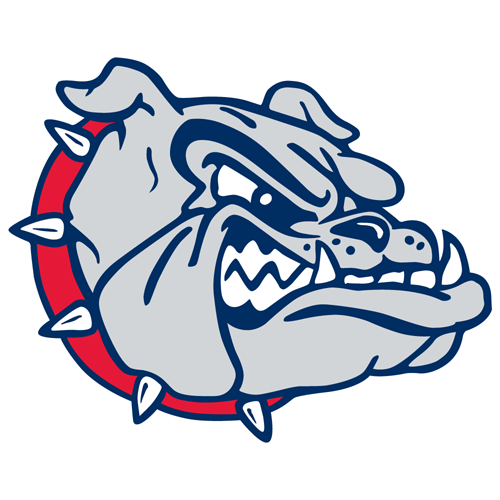 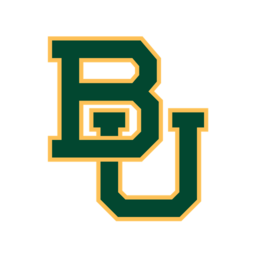 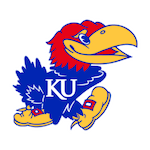 A month-long tournament that sweeps the nation, and never more so than since the legalization of sports betting. Bracketology will always be a huge part of March Madness, but sports betting is growing and March Madness is one of the biggest betting events of the year. There are many ways to bet on March Madness from the outright National Championship, for a team to make the Final Four, Elite Eight, or Sweet 16, or you can bet on any of the 67 individual games. Pickswise is here to guide you through it all. With industry-leading NCAA Basketball handicappers, we bring you the best and most important March Madness betting news, stats, trends, and Picks.

With the legalization of online sports betting, placing a bet on March Madness is easier and more accessible than ever. If sports betting is legal in your state, then you can simply find the sportsbooks licensed where you are and bet on a whole range of markets, from futures to individual matches and a plethora of player stats. The experts here at Pickswise will break down their favorite bets every day of the tournament will full reasoning included, and all for free. Check out our daily March Madness Predictions, including Prop Bets and Parlays.

Another way that you can bet on March Madness is through live betting. Live betting is a growing, exciting way to wager on a game whilst the action unfolds in front of you. As the name suggests, live betting is betting on an event after it has started. Sportsbooks will create dynamic betting lines that fluctuate in reaction to the on-court action in real-time. For example, if you like a favorite to cover a -8 spread, but they get off to a slow start and are down by 1 at the half, you can bet them live at a different line, say -4. Live betting is an exciting way to get involved in a game you watch and is offered by the majority of top online sportsbooks across the US.

There are many ways in which you can bet on March Madness. We’ve listed and explained some of the most popular ways below.

Moneyline: Picking a team to win straight up. If the Duke Blue Devils are facing off against the Michigan State Spartans for an Elite Eight matchup, you would pick one squad over the other to triumph.

Point Spread: Choosing the favored team to win by more than a specified number of points set by oddsmakers, or the underdog to win outright or lose by fewer than that specific number of points.

Totals: A bet on whether the total combined final score will be OVER or UNDER the number set by oddsmakers.

Futures: Bets that can be made weeks or even months in advance of the tournament. For instance, in October you could pick North Carolina to win the championship game.

Parlays: Multiple bets on one ticket.

Live Betting: Making a bet while the game is going on. Live betting odds disappear fast. If you see betting lines you like, take them quickly.

A Brief History Of March Madness

The term March Madness itself was coined by Henry V Porter who was an Illinois School official in regards to the madness of the tournament. Today the name is apparent as ever with 64 teams all fighting for the title in a single-elimination tournament.

Since the tournament’s inception, UCLA leads the way in terms of National Titles with 11 mainly thanks to winning 7 titles in a row between 1967 and 1973. Their last title was in 1995.

The 2021 March Madness Tournament was won by the Baylor Bears who upset the odds in the final to halt Gonzaga from a perfect 30-0 season. The Baylor Bears hadn’t reached the Final Four since 1950 heading into the 2021 tournament and lifted their first National Championship Title at the end of it. Can they defend their crown as reigning champions in the 2022 March Madness Tournament?

We haven’t seen a reign of dominance like the UCLA Bruins’ reign between 1967 and 1973 in recent years, with much more parity amongst recent winners. In the last decade, three teams have won two titles each in Duke, Villanova, and Connecticut, meaning 7 different schools have lifted the title in the last 10 tournaments.

The Last 10 NCAA Basketball Champions are as followed

Where Are The March Madness 2022 Locations?

In a typical year, the March Madness Tournament is played in regional hubs across the United States with Dayton, Cleveland, Greensboro, Omaha, Sacramento, Albany, St. Louis, Spokane, Tampa, Indianapolis, Los Angeles, Houston, New York, and Atlanta all due to host games in 2020 before the tournament was canceled due to the Covid 19 pandemic.

2021 saw all March Madness games played in the state of Indiana, with the majority, including the National Championship Game played at Lucas Oil Stadium, Indianapolis.

With plenty of uncertainty around future sporting events, it is not yet known if the traditional regional hubs will be back in 2022 or if a similar one-state approach will be taken by the NCAA.

The National Championship Game in 2022 is scheduled to take place at the Mercedes-Benz Superdome in New Orleans on the 4th of April, 2022.

As soon as a decision is made, Picksiwse will bring you all of the latest news on the March Madness 2022 Locations and expert analysis on what that means for teams and your picks.

What Are The Important March Madness Dates?

Final Four and the Championship Game: April 2 and 4

When Does March Madness Start?

This year’s March Madness tournament will return to its traditional multi-location format and will be played across 14 cities including Dayton, Ohio which hosts the First Four, and New Orleans, Louisiana which hosts the Final Four.

March Madness starts on March 13, 2021, with Selection Sunday, and ends on April 4, 2022. The Final Four and NCAA championship games will be played in New Orleans.

How to Watch March Madness on TV?

CBS, TSB, TNT, and TruTV will all be home to live March Madness broadcasts throughout the tournament.

The National Championship Game will be shown exclusively on TBS

Be sure to check back on our game-by-game March Madness Predictions for up-to-date game information, including where to watch the March Madness action.

How Do I Stream March Madness?

Every single March Madness game will air on either truTV, TBS, TNT, or CBS.

Those looking to stream the game online have several options as well. If you receive these TV networks as part of your cable package, then you can log in and stream every game for free using March Madness Live.

Those without a cable subscription have other alternatives as well. They can stream games through services like fuboTV, Hulu + Live TV, and YouTube TV.

How does March Madness Work?

The college basketball event is divided into four regions: East, West, Midwest, and South. Each contains at least 16 teams, with four additional teams added as per the selection committee, to produce a playing field consisting of 68 schools. This committee is also responsible for seeding and keeping squads from the same conferences from playing each other until the regional finals. They do this to create an air of fairness. It’s also great for bettors since it makes your wagers way more interesting, especially if you can correctly pick a team to win the NCAA Tournament.

What Is A Seed, And How Are They Decided?

The committee will take teams that have been voted into the tournament as at-large teams or have earned the automatic qualifier from their conference, and vote on teams (four at a time) to the seed list. The top four teams on the first seeding vote make up the initial one line (the four No. 1 seeds).