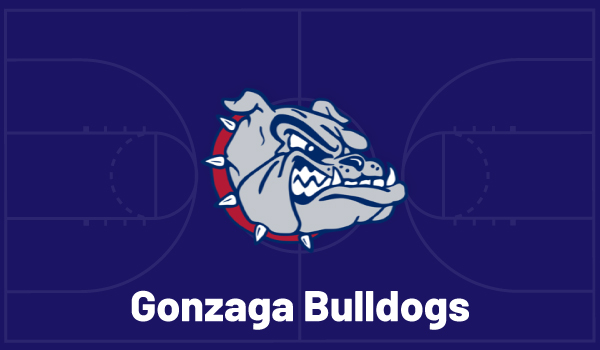 The college basketball season is starting to wind down, which means March Madness is right around the corner. It’s one of the best events in all of sports, and a godsend for bettors. The first weekend of the NCAA Tournament is especially fun to wager on, and as the tourney gets closer we’ll be bringing you everything you need to get ready. We’ll be taking a look at all of the top teams one by one, and today we’re breaking down the number one squad in the nation, the Gonzaga Bulldogs.

The Bulldogs have their sights set on a National Championship, and anything short of that goal will feel like somewhat of a disappointment. Baylor nipped at their heels, but they were more or less considered the top team in the country the entire year. They haven’t lost a game all season, and have one of the best offenses in recent college basketball memory. They have three different guys averaging at least 14 points and five rebounds per game, and on paper have a very easy path to the Final Four. They’ve already beaten the two seed (Iowa), the three seed (Kansas), and the four seed (Virginia) in their region. They won each of those games by double digits.