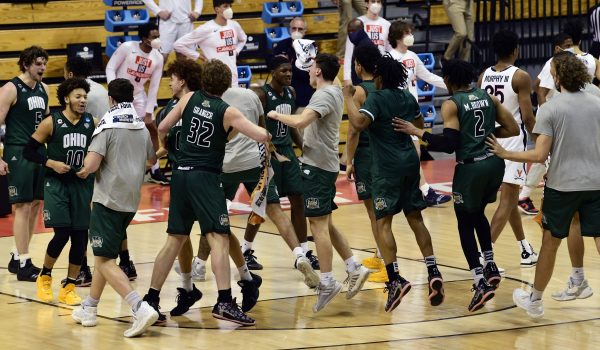 The first three days of March Madness are in the books, and we’re about to wrap up the opening weekend. The following teams survived the Round of 64 of the NCAA Tournament, but I think they’re vulnerable in their next matchup. Take a look at these three teams to see if you think they are worth a fade in their second game.

For all your wagering needs, check out our March Madness hub to stay on top of everything that goes on. Also, be sure to check out our picks on the side and total for every single game in the tournament.

Creighton narrowly escaped their first-round game against UC Santa Barbara, as they hung on to defeat the Gauchos by a single point. Amadou Sow had a point-blank shot rim out that would have given UC Santa Barbara the upset win. Now Creighton draws Ohio, who impressively defeated Virginia in their NCAA Tournament opener. Much like Creighton’s offense, Ohio’s is extremely potent. They are led by Jason Preston, an NBA prospect who will arguably be the best player on the floor in this game. Preston nearly notched a triple double in the win against Virginia, and this game will feature significantly more possessions than that one did.

Creighton is rightfully favored in this game, but it should not come as a surprise if the Bobcats were to win. If you filter Bart Torvik’s efficiency rankings to start with February 1st, Creighton rates as the 29th best team in the country. Ohio is all the way up at 36th. Led by the best player on the floor, Ohio is worthy of consideration both against the spread and on the money line.

Alabama enters this matchup with Maryland as a six-point favorite, but the Crimson Tide are still vulnerable given the schematic matchup. It’s pretty well known at this point that Alabama is going to play very fast and shoot a lot of threes. The three-point reliance of their offense makes them vulnerable to just about anyone, given that some days they are just going to be cold from beyond the arc. Alabama plays a “five-out” lineup, meaning that their centers are capable of playing on the perimeter. Maryland matches up well with this, as the Terrapins feature a similarly constructed lineup.

For Maryland on offense, they are going to try to slow this game down significantly. The Terps play at the 320th fastest tempo in the country, so they have no desire to get into a track-meet with Alabama. If Maryland can keep this a low possession game and win the battle of the three-point line, it could be them that advances.

Florida State comes in as just a slight favorite over Colorado, so of course they are vulnerable to losing this game. However, the matchup causes potentially more concern for the Seminoles. Colorado’s defense is built well to stop the Florida State offense. They have the size, but also the wings in order to handle Florida State’s dribble-drive offense. Colorado ranks 26th in the country in overall defensive efficiency, and they are particularly strong near the rim. The Buffaloes rank 71st in field goal defense at the rim, an area which needs protection against Florida State’s athleticism.

On the other end, Colorado’s offense is led by one of the best point guards in the country, McKinley Wright. Wright is capable of taking over a game, so perhaps he can do it in this one. One final matchup advantage that favors Colorado is the free-throw line. Florida State ranks 273rd in free-throw rate allowed. Colorado ranks second in the nation in free-throw percentage. This should be a close one the whole way, so perhaps free-throw shooting from the underdog is the difference.