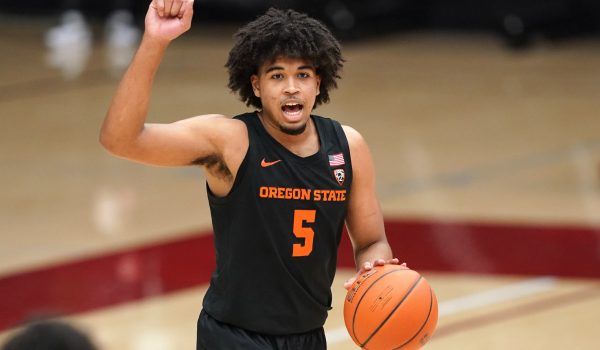 The Round of 64 and Round of 32 certainly didn’t disappoint, and at long last we’re back for the Sweet 16. That’s right, we’re back for the second weekend of the NCAA Tournament with another mega parlay, where we’re counting on Oregon State to pull off another upset. March Madness only comes once a year, why not celebrate the special occasion by going for a big payday?

Starting things off with the first game of the Sweet 16, I like Oregon State to pull off the upset on the money line. Loyola Chicago rightfully earned a ton of praise for beating Illinois, but this line has gotten pretty inflated as a result. In a game with a total in the mid 120s, the variance is high enough that nobody should be this large of a favorite. Loyola Chicago got to play Georgia Tech without their best player Moses Wright in the first round, and Illinois only had a day to prepare for them in the second round. Now Oregon State will have had a whole week to prepare for their tough defense, and I make this game pretty much a toss-up.

In the second game I think Baylor is going to dominate. Villanova may have made the Sweet 16, but their path couldn’t have been much easier. They got Winthrop in the first round, and then North Texas in the second as a result of the Purdue upset. They haven’t felt the injury to Collin Gillespie too much so far since they’ve dominated with their defense, but they’ll feel it here. Playing against a Baylor team that has one of the best offenses in the country, they’d have needed Gillespie to have any hope of keeping up. Baylor has an elite offense but they’ve taken their defense to a new level in the tournament, and just held Wisconsin to 63 points in their last game. I’m expecting a double digit win here.

I hate to say it, but Oral Roberts’ miracle run will likely come to an end in ugly fashion here on Saturday. Arkansas plays a blistering fast-paced style, and Oral Roberts won’t have the athletes to keep up. They shocked Ohio State in overtime, and then were able to get past Florida because the Gators never expected in a million years to be facing them. Arkansas has a top-tier head coach in Eric Mussleman who has now had a full week to game-plan for Max Abmas and Kevin Obanor, and this one could turn into a blowout. My heart has been captured by Oral Roberts, but my head says Arkansas here.

In the nightcap of this initial Sweet 16 slate, I think Syracuse is another public underdog that goes down. Everybody is rooting for the Orange and their pesky zone defense, and once again I think their success against West Virginia was due in part to lack of prep time. There are also plenty of matchup advantages here for Houston. Houston is one of the best offensive rebounding teams in the country, while Syracuse is terrible on the defensive glass. The Cougars’ physical style is a perfect matchup for this finesse Syracuse team, and I think Houston will wear them down. Don’t buy into all the Boeheim hype, there’s value here at a reduced number.