We get going with the second day of the Sweet 16, and coming off a 2-1 day in the contest on Saturday, including a win with my lock of the day. I am exclusively in 2nd place chasing the one and only MeganMakinMoney after she had a perfect 3-0 day for four points. Still have plenty of time to catch her, and get to the top of the leaderboard in the  Pickswise $10,000 Capper Contest . I am aiming to build off another profitable March Madness day, and to match (or overtake) the top of the leaderboard, so let’s get it!

Make sure you also check out the Pickswise team’s picks on the side and total for EVERY game of the NCAA Tournament. Let the madness continue!

We turn to the SEC/Pac-12 matchup here and have two plays on this game. On paper, this game should be a bit of a clash of styles — Alabama likes to get out and run as much as possible, and UCLA likes to work the ball and get into their half-court sets. I have the Crimson Tide winning this game, which also leads me to believe that the Bruins are going to have to change their style to match their tempo to keep up with the scoring pace. Both teams have multiple players that are above average shooting the ball, and I expect a lot of points in this one. Both teams have already played a game at Hinkle Fieldhouse, so the shooting backdrop should already be familiar. I have this game in the higher 140’s, so I like this number down below 145. 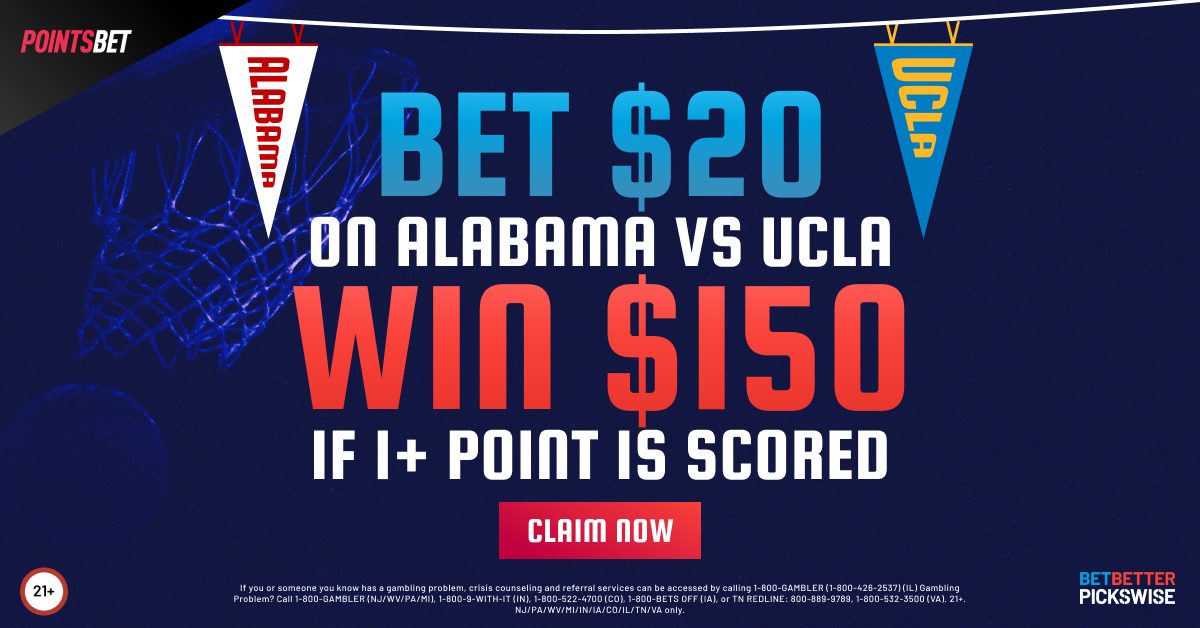 UCLA has been cruising through the tournament for the most part, with the one exception being in their First Four play-in game against Michigan State which they won in overtime. Their last two matchups against BYU and Abilene Christian were both double-digit wins, but neither of those teams is Alabama.

Everyone knows Alabama for being able to light up the scoreboard in a hurry with the plethora of three-pointers they take every game, but what gets little mention is their defense. The Crimson Tide are one of the most efficient defenses in the country, and when they dig in can really force you to turn the ball over. UCLA’s recent strength has been their offense, and Johnny Juzang has been lighting it up from deep, but will have a much harder time finding open looks against a tough Alabama defense. The Crimson Tide get out to an early lead and get the Bruins to match their tempo which is not their style, and this one could get away from them quickly. 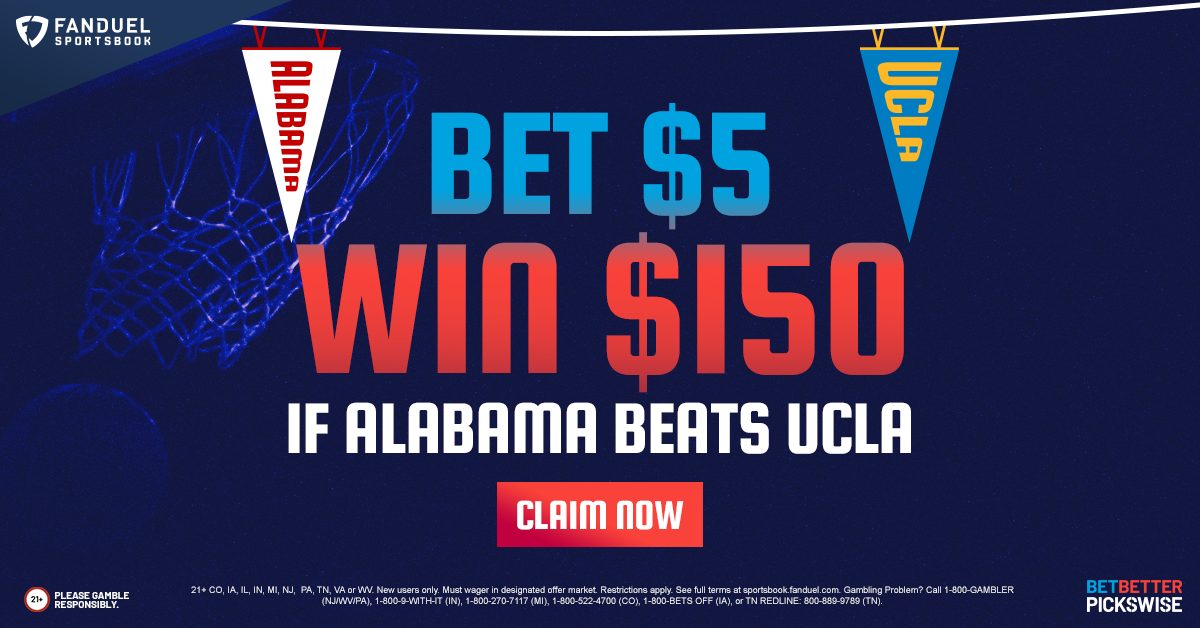 The Bluejays are the next ones to step in front of what has been the Bulldog freight train so far this season. Everyone by now knows what Gonzaga is all about. They have a great defense and the best offense in the nation, and they should rightfully so be favored against any other team in college basketball. Just because they have won every game, however, doesn’t translate to covering the spread, which I think will be the scenario here.

Creighton is a solid team on both sides of the ball, and when Marcus Zegarowski and Mitch Ballock are both shooting the ball well, they can score with the best of them. This Bluejays team should be able to match up with this Bulldog team, and while I don’t think they take down the Zags, I like them to keep it competitive and close here in this Sweet 16 bout. 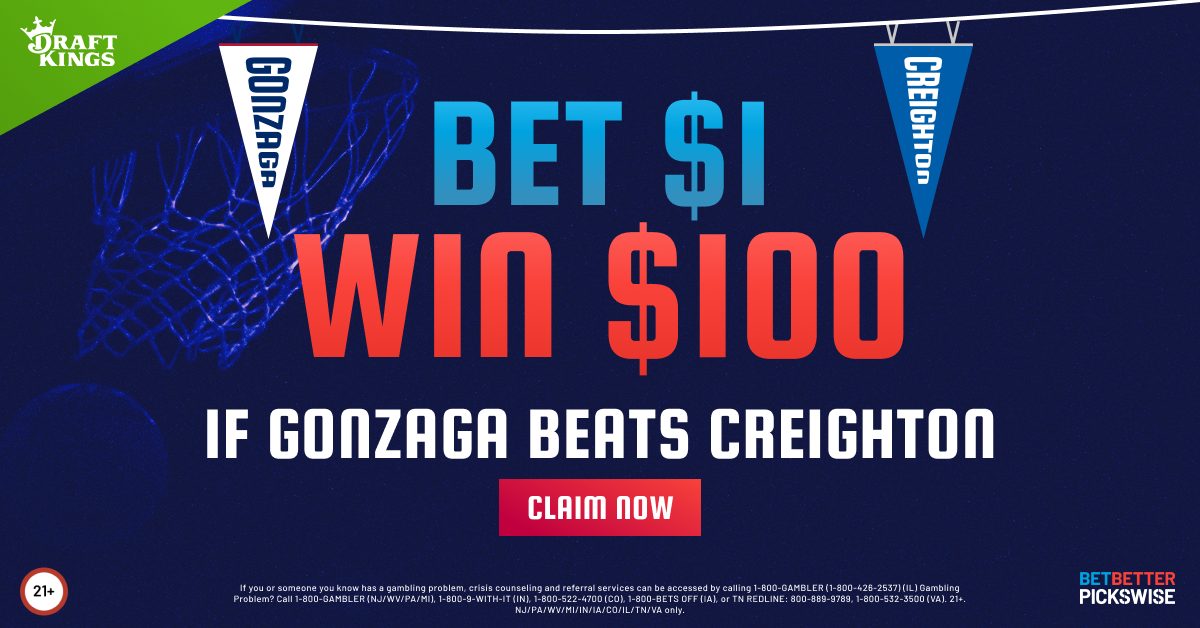 College Basketball 11 days ago
March Madness by the numbers: The under dominates the tournament

College Basketball 12 days ago
Daily March Madness public money update: Bettors moving to the over for Baylor vs. Gonzaga