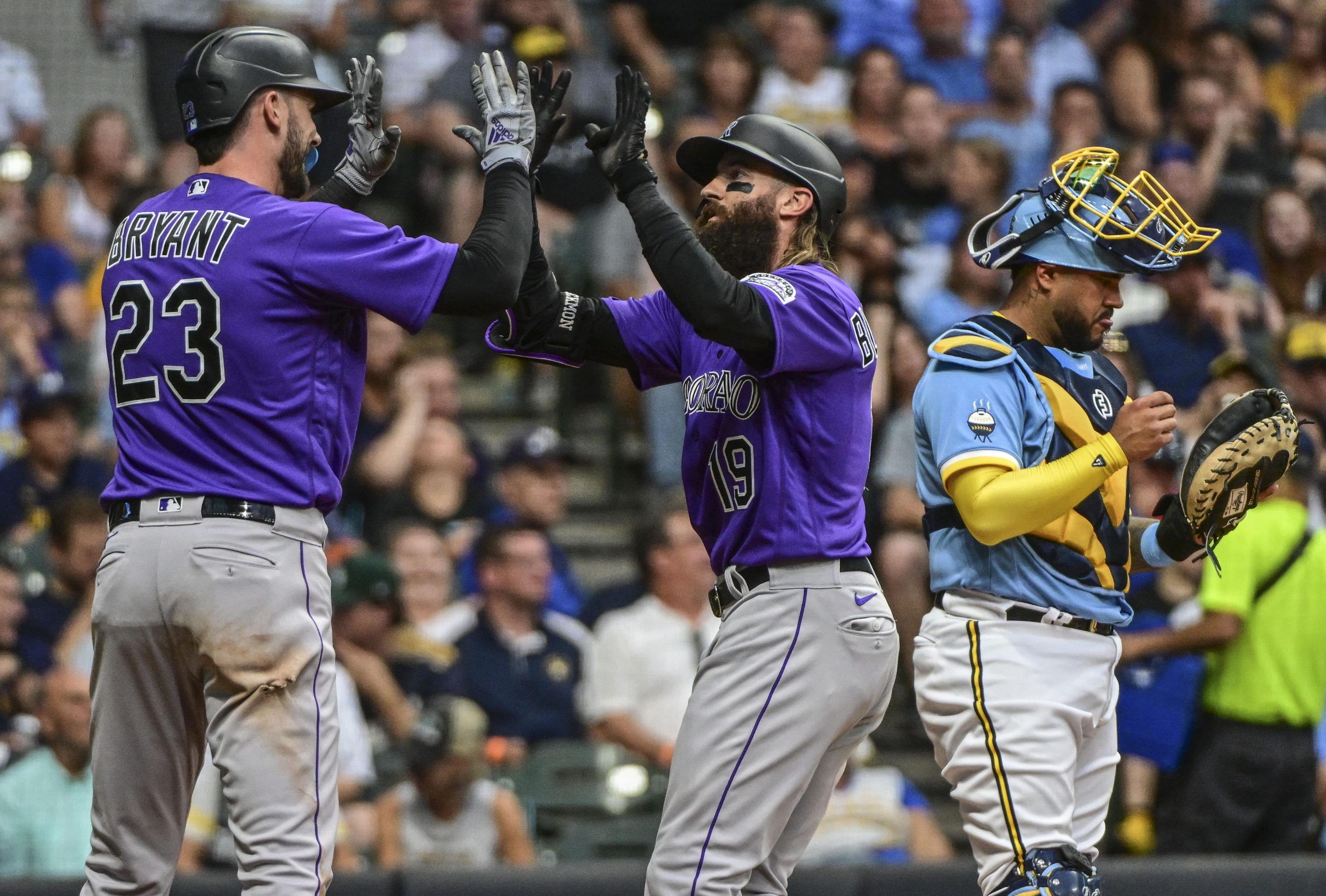 We’ve cashed 3 same game parlays in the last 2 days, so let’s see if we can keep it going! While every other series wrapped up on Sunday, the Rockies and Brewers are continuing on Monday to complete a full 4-game series. It’s been an exciting matchup already, with 13 innings needed to decide the opener. There was nearly even a 9th-inning comeback in yesterday’s game. There’s been plenty of runs so far, which shouldn’t come as a surprise. There are several big sluggers on both sides, which also provides more markets to target in the series finale. Along with this same game parlay, be sure to check out our thoughts on the side and total for all of today’s games.

We’re going to start things off with some serious value right off the bat. Just as this series started out strongly, we’ll do the same. The Rockies pushed the Brewers to the brink in that game and can finish off the upset today. They’re being a bit disrespected at this number given the matchup. It’s going to be a battle of lefties on the mound, which is great news for Colorado. They’ve been the best lineup against such pitching virtually the entire year. They’re currently holding off the Braves and Yankees for that top spot, which are both incredible lineups. Now that they’ll be hitting a lefty that isn’t Dodger Clayton Kershaw, they should be able to take advantage of the opportunity.

Milwaukee’s Aaron Ashby hasn’t faced the Rockies in his short 2-year career, but he did just face another NL West team. The lefty was pulled after just a single inning against the Giants. That game ended in a 9-5 loss. The Brewers, on the other hand, are an interesting lineup. While they have some big names, they are actually the 6th-worst team against lefties this season. That’s what they’ll see with Colorado’s Kyle Freeland. Unlike Ashby, he’s coming off a win against an NL West team. He just led the Rockies to an 8-5 win against a great Padres team, and he’s now helped to defeat San Diego 3 times since the start of June. They won those games by a combined score of 24-11. If Colorado can more than double up on the Padres, they can pull off this upset against the Brew crew.

Predicting run production for both teams helps create a great payout, while not contradicting our first leg. We’ve already discussed why the Rockies should have success today, and that still holds true. They’ve already scored at least 4 runs in all 3 games in this series so far, and yesterday had the thrilling 10-9 finish. Milwaukee’s Ashby has also allowed at least 4 runs in all of his starts last month, and now gets a lineup that feasts on lefties.

As for the Brewers, it’s true they’d prefer a righty on the mound. However, Freeland is no Kershaw either. He’s led the Rockies to those wins over the Padres, but he’s given up runs along the way. He allowed at least 4 runs in 2 of those 3 wins. In fact, he’s allowed at least 4 runs in 4 of his last 6 starts, including all 3 of his outings this month. With Colorado still winning games against the Padres and Dodgers recently also proves they are capable of providing plenty of run support. Given how this series has gone thus far and today’s matchups, both of them can produce while the Rockies climb to the top.