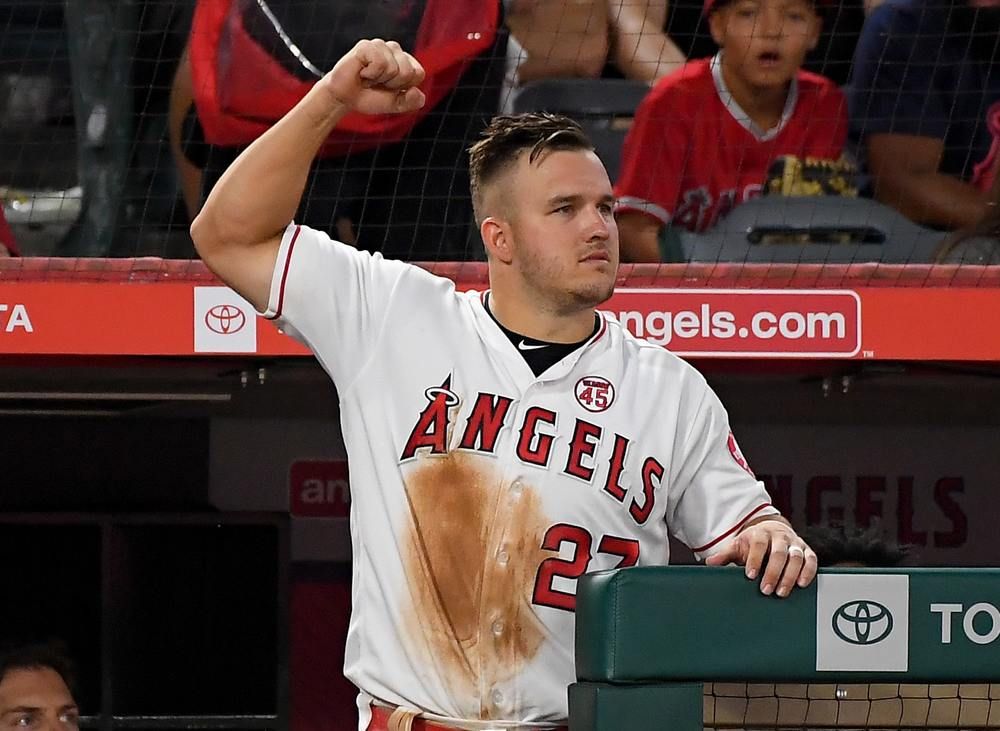 I'm an NFL handicapper here at Pickswise who was raised in a household full of sports fanatics. Since I unfortunately never had LeBron James' jumping ability I wasn't able to make it to the NBA, and chose writing about sports as the next best thing. An avid sports bettor myself, I'm excited to get to write about the industry as it gets set to take off across the country. Buckle up.
Updated: 7:51 AM ET August 24, 2020

The first month of the uniquely shortened 2020 MLB season is in the books, and we’ve learned a lot so far. Plenty of teams have beaten oddsmakers’ expectations, and plenty have underperformed. Here’s a review of how each squad has looked as we all start making our second half wagers.

The Diamondbacks have been up and down, entering Friday at an even 13-13. Some of the additions to their lineup like Starling Marte have been mashing, but the pitching has been pretty bad. Key starter Robbie Ray has been atrocious with an 8.59 ERA, and him getting things turned around will be crucial for their second half.

The Braves certainly haven’t been perfect by any means, but they are still the favorite in an underwhelming NL East. They’re 14-11, and if Ronald Acuna Jr can get healthy and back to playing at the level he’s capable of, this team could make some noise in the playoffs.

The Orioles have actually been a lot better than expected, hovering around .500 at the moment. That being said they had lost five straight games entering Friday, and it appears that their early-season magic may have run out. They are probably a team to fade in the second half as they regress to the mean.

The Boston Red Sox have probably been the biggest disappointment in baseball this season, going just 8-18 through their first 26 games only a couple of years after winning the World Series. They’ve had the worst pitching in baseball so far, and there aren’t too many reasons for optimism right now. This looks like a team that’s given up, so I wouldn’t count on them making a late charge.

The Cubs started hot, and are now the prohibitive favorite in the NL Central. While their 16-8 record looks great, their +15 run differential indicates that they probably been getting a bit lucky and won’t be able to sustain that kind of record. I’m not fading them too hard, but they could regress in the second half as well given the indicators.

The other Chicago team has also been enjoying a nice season, and they look like a very solid bet to make the playoffs. This is a team that has quietly been building momentum with their young guys the past couple of seasons, and it wouldn’t surprise me if they finish strong. There’s a great energy around this team right now.

The Reds are another team that has disappointed big time. They were a very trendy dark horse World Series pick coming into the year, and everybody expected big things from them. That being said I think they’ve been getting a bit unlucky, and the talent is still there. They could be a good team to buy down the stretch now that they’ve become undervalued.

The Indians are in an interesting spot, considering they’ve managed to rack up a 16-9 record despite having one of the weakest hitting lineups in MLB. Their pitching has been simply phenomenal, as they have given up only 66 runs through 25 games. That’s absurd, and some might argue it’s not sustainable.

I loved the Rockies as a sleeper team coming into the year, and they started off red hot. Unfortunately they have since collapsed, as they’ve gone 2-8 in their last 10 games. I still think this team is better than most people realize, and they should get it figured out again before too long. Buy low.

The Tigers threatened to be a pleasant surprise at the beginning of the year, but that faded fast. They’re now 1-9 in their last 10 games, and it’s clear the decent start was a fluke. This team is extremely light on talent, and there’s almost always money to be made fading them.

After all the controversy they endured this offseason, the Astros understandably started slow. People started to write them off, and they’ve since predictably caught fire. This team is still loaded with talent (even without the sign stealing), and I think there’s value on them moving forward. Everybody seemed to be expecting a collapse, but that was always unrealistic.

The Royals are about what everybody expected, as they are more one of the more competitive bottom-tier teams. There’s not a ton of things to be optimistic about, but this isn’t a team you can take too lightly either. Overall I think they’re a side to stay away from for now.

The Angels made some splashy moves this offseason and were one of the most hyped up teams coming into the year. They have fallen completely flat, with an 8-18 record, and the pitching has been atrocious. They’re running out of time to figure things out, although with all the talent they’ve accumulated they could be a decent buy-low team in the second half.

Many people expected the Dodgers to be the best team in baseball this year, and for the most part they’ve looked like it. They’ve got the best winning percentage in the big leagues, and by far the best run differential at +66. They’re blowing out opponents left and right, so I often like to play them on the run line.

The Marlins randomly caught fire after returning from their coronavirus hiatus, but they have since unsurprisingly fallen apart with a 2-8 record in their last 10 games. The random success was always a minor blip, and it’s not too late to start fading them now.

The Brewers have been another disappointing team, but I think they’re due to break out of it pretty soon, as Christian Yelich just started off the year extremely slowly, and that was never going to last. They’re another team who should be better in the second half.

The Twins were a great story last year, and they’ve been very solid again in 2020, going 17-9 through their first 26. That being said, I’m a bit skeptical their offense will be able to keep it going at the current rate, as guys like Nelson Cruz simply can’t stay this good. They may pullback down the stretch.

The New York Yankees had high expectations entering this season, and while they’ve been very good overall, there are some troubling signs moving forward. They’ve lost three straight games at the moment, and injuries are starting to pile up yet again. I think they’re going to continue to lose some steam due to all the health issues.

The Mets have been battling to remain around .500, and now they’re dealing with a coronavirus scare. In other words, it’s been a pretty Mets-like season. The pitching has been mostly awful, and they feel like a team that could collapse down the stretch if the wheels come off.

Oakland has been one of MLB’s best stories this season, as they’ve led in the AL West for most of the year. I’m skeptical that they’ll be able to continue to be this good, but there’s still a lot to like here. That being said, I wouldn’t bet on them holding off the Astros for much longer.

The Phillies are another team that has disappointed, as their bullpen has been laughably bad so far this season. However, I think they could be a great team to buy low on moving forward, as some of those bullpen issues are just variance and bad luck. There’s still a lot of talent here.

The Pirates have been awful all year, and are arguably the worst team in the league. Without much to play for down the stretch, I fear things could get worse before they get better. The out of contention teams will likely get slaughtered in the final couple weeks, as motivation will be hard to come by under these bizarre circumstances.

The San Diego Padres look great, and there’s a ton of excitement around this team. That being said, I think now might be the time to sell high on the hype around Fernando Tatis Jr. Outside of him and Manny Machado they don’t have too much else, and I think they’re still another year away.

The Giants have actually been a bit better than expected, and they just rattled off three straight wins. That being said their lineup is still full of former minor leaguers and journeymen guys, so I wouldn’t expect them to keep it up. The fact that 11-16 is a modest success for them tells you all you need to know.

The Mariners were decent enough for the first week or so, then completely collapsed. They’ve only won a couple of games in the past few weeks, and nothing is working on offense or on the mound. Avoid them like the plague.

The Cardinals are a hard team to peg considering how many games they missed due to COVID-19. They now have to play an absurd amount of doubleheaders down the stretch, which could cause a lot of exploitable fatigue issues.

The Tampa Bay Rays were a trendy World Series pick, and they’ve gone a very solid 17-10 so far. Everyone knew about their bullpen talent, but the offense has been a huge surprise. They’ve easily scored the most runs in the American League, and if they can keep that going they’re a legit title contender.

I had high hopes for the Texas Rangers this year, but they’ve been huge underachievers. The rotation has talent but the lineup has been abysmal, and their bats need to wake up soon. If guys like Joey Gallo start to heat up, hop on quickly and ride them.

The Blue Jays have been a bit better than expected and are over .500. They’ve got a ton of young talent, and could make noise for years to come. That being said, I think they’re too youthful to do anything real in 2020.

The defending champions lost some key guys this offseason, and it has shown. They’re 9-13, and in danger of slipping out of the playoff race. The offense simply doesn’t have enough pop in it without Anthony Rendon, and I don’t think they’re going to magically figure it out. If anything I think they might get worse.